Welcome to the profile of Red Savage.

You tried to turn me off
but you couldn't even turn me down
As I said then, I told you were living in hell

The name's Red. I do lots of stuff. I draw, I write, and I drive a truck for a living. I also love desert rock and travelling. I've been through a lot. I've seen a lot. I've fucked up a lot. But I'm gonna keep trying and stick around because things really ain't all that bad, yanno? They really ain't. And maybe that's me trying to convince myself, but I think it's pretty damn true.

Anyhow. Hit me up. Skype is CoyoteCaliente, and name will pop up as Red Savage.

I love you and you're somebody's special, I promise. <3 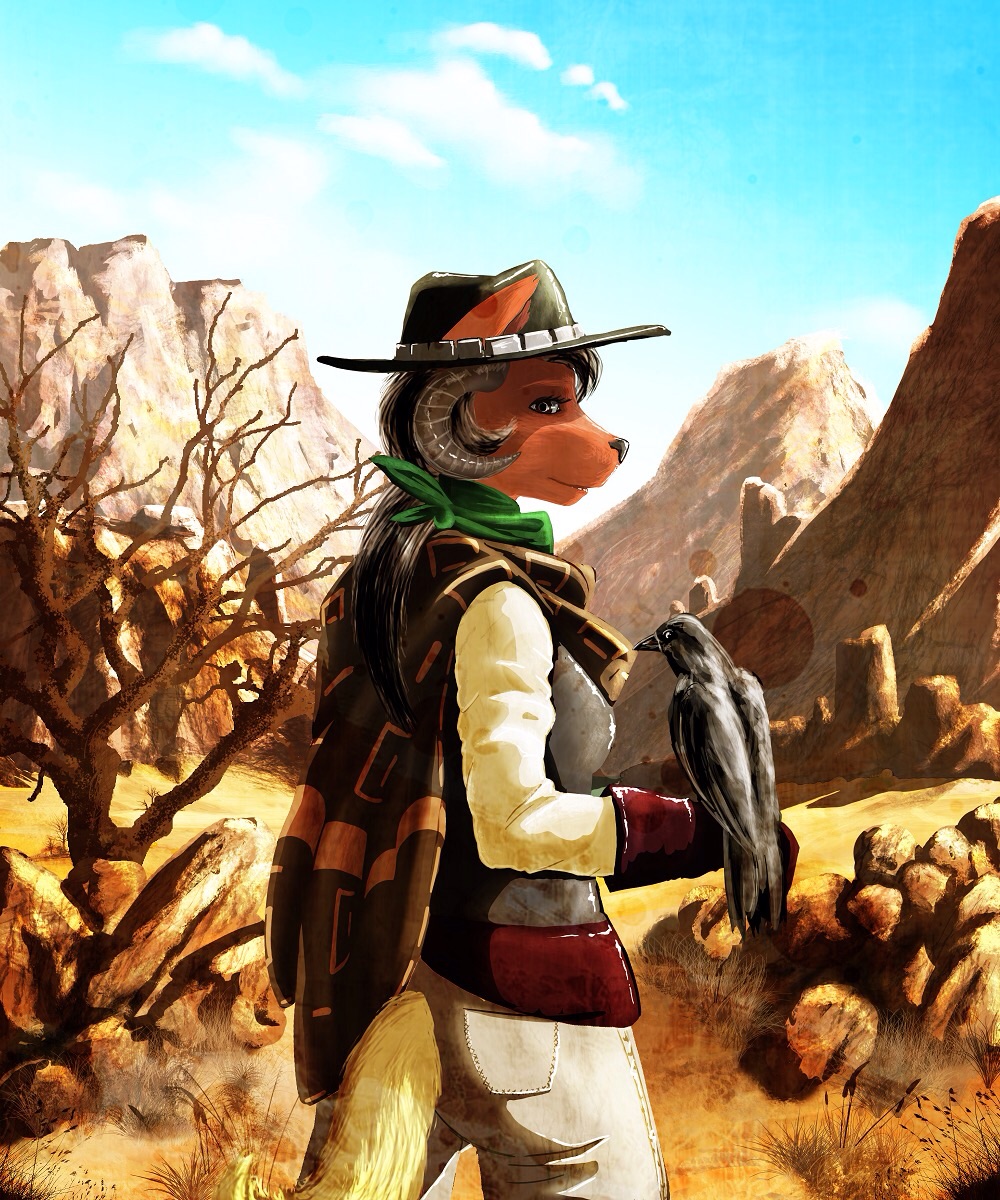 What's the phrase? Hash philosophical? That's almost certainly wrong I assure you, but whatever it is, allow me to indulge.

Also this is really long. Fair warning. Feel free to back out.

I'm often plagued by the question of why I bother with social media sites the way I do. Not because I don't like using them. I lurk often. I almost always read journals, look at the art, etc. But when it comes to socializing I realize I've been.... skimp. I don't respond to a lot of comments. I often leave Skype conversations without a proper goodbye (which is rude of me and I apologize to those who have experience it with me). And the number of social gambits I've started and drifted away from are numerous. Weasyl. Twitter. FA. DeviantArt. Generic writing forum X, Y, Z, and so on and so forth. Even the simple act of returning a goddamned text message or phone call is some grand effort.

So uh. What's the big deal? Suddenly, this isn't just about online silence. This is about my ostracizing everyone from my life. Chopping my once long and heartfelt conversations down, down, down, to half bored responses, nods, and grunts.

I have plenty of things to say. I really do. It's just that they are not things I want to say. They aren't things I want to represent myself and my being. They way I appear and feel. It's not that I don't want to bother people with existential crisis #2326563. It's really a sense of denial.

I don't want to talk about my anger, my struggle with addiction, my emotional pains, because these are not thoughts I want to bring into being and substance by talking about them.

I have plenty to say about them. I think about it all the goddamned time. Especially lately. But I don't want to talk about them because I do not want them to be any more than errant thought obsessions that happen from time to time.

But they're not errant. They're not occasional. They're almost all the time. One anxiety over another. Circular thoughts and endless worries. Certainly, I am not the only one. And to anyone nodding their head at this, no, you are not the only one either. But you and I both know that it does jack-shit for the fact that the feelings are there and they're eating away. And they don't easily leave. Maybe, there's distractions from them. But they don't go.

I guess, in general, I just don't know what to do with myself, and it makes me feel so very, very hopeless. I think I understand -why- some people commit suicide, now. That very real pain that comes from abject hopelessness and terror at the realization that we're more or less here to entertain ourselves. That's a very scary thought. And to follow that line of thinking, I certainly understand why people follow religion, addictions, and even noble causes like humanitarian work. Those are ventures that entertain the mind and give purpose to being (for better or for worse. the people who truly define themselves by drugs are few and far, but let me assure you, they are every bit terrifying and heart breaking as you've been led to believe.)

To be clear, I am not suicidal. I think about it, sure, but like the rest of this, it's just dark philosophy. Call it vanity, I'd just rather not go like that. I mean, if it came to that, I would just walk out the front door and never come back. If I can't find what it is I can concern myself with, perhaps witnessing others in their ventures will eventually lead to an understanding or realization of who, what, and where I am in this world.

I mean, obviously I'm Red, I'm a driver, and I live in Texas. I write a few things here and there. I listen to music. I talk with friends and sometimes I'm funny, weird, helpful, and intelligent. I meet new people. I indulge myself sexually, either by myself or with a willing partner. I eat different and new foods and I travel to places I haven't seen.

I wish I could be content with that. It just feels like all going through the motions with none of the conviction. A permanent tourist to my own life. Like going to a vineyard to take off your socks and shoes to stomp grapes in the wine press. That's not your life. It's fun, sure, but after six months your wondering why you haven't left the vineyard and visited somewhere else entirely. I don't think it's necessarily selfishness or ungratefulness to want to be content in life. To want something different. At least, this version of life where we aren't fighting for basic survival as a necessity. I think it's okay to want that simple feeling of being okay. To just BE without over thinking it to death.

So, the final thought that scares me most. The one that makes me angry, upset, sad, manic, crazy. The realization that the eager pursuit of contentedness and satisfaction in one's life can come to a grinding halt because you are no longer able to do so. That you settle for sheer purpose in one form or another, a phantom going through the motions because you've got nothing better to do. It's something, and it really is the best you're going to get. Images of angry, frowning senior citizens shuffling across their front porch to sit and stare at the road for no reason come to mind.

And that, I think, is the precise moment when the imagination and motivation to move and jump and scream and laugh for no goddamned reason other than because we are here and alive--that sense of eagerness our childhood bestowed within us finally breaks. And it's not with a bang, but with a wimper. And it starts as nothing more that a little sadness. A little bit of loneliness. And a sense of discord and dysphoria with one's current life.

I think it just needs to be said. To be made real.I've lost that sense of denial. Now the real fight starts. The fight to feel alive in a very real way.

For me, I think I'll start with reading more. I have a book shelf full of books collecting dust, and so far as I can recall, it used to be the one true pleasure I had in life before I fried my attention span with chemical distractions.

I don't know where I'm going from here, but... but I think I feel a bit more hope about it, wherever this needs to go.