Hello and welcome to my Weasyl page.

I am from Wales in the rather drizzly land of the UK. First and foremost I am a musician, I play the violin, viola and the clarinet. I also compose orchestral and a few solo pieces, and I'm looking to further expand my skill and knowledge in these areas. I'm a huge fan of orchestral soundtracks to games and films, and I aspire to create masterpieces like them some day.

My main character, Kalmor, is a western dragon from near the arctic circle. Instead of scales he has a fluffy white coat and feathered wings. His horns are also a distinctive light-blue.

Music commissions are - Closed
Though trades are - Ask first
Requests are - Open (But bear in mind these may take a while).

If you wish to support me and my work then consider grabbing something from my Bandcamp - http://scalednotes.bandcamp.com/ - Payment is optional, and I won't shout at you for taking up on that free offer, though people paying for my music is a pleasant surprise from time to time! :3

Mated to my lovely Novard derg <3 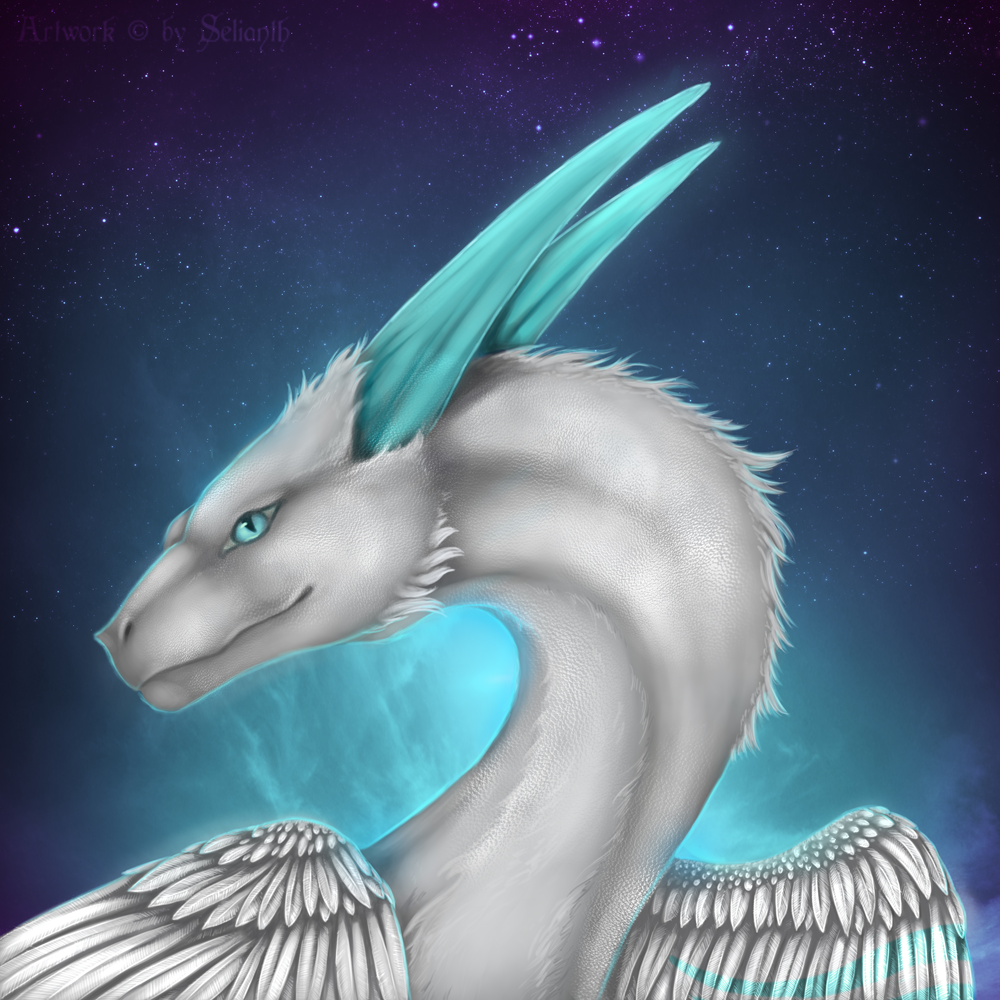 Been a while since I've done one of these!

So about a week ago I returned from visiting my SO in South Africa. First time I've met him in person in the entirety of our 2 years and a couple of months of being in an LDR. It was a massive event for both of us. Initially lots of excitement but also a lot of nervousness about how well things would go, whether we'd actually like each other in person or both actually bi (we kinda discovered that due to each other lol). The 19 hour journey there was probably the longest of my life.

I was positively dead from exhaustion and sleep deprivation (I honestly can't sleep on planes, at least well enough to matter) when I arrived in Cape Town intl but when I saw the love of my life standing there - someone I had only seen through the fuzzy window of a webcam - I couldn't help but smile and give him a massive hug.

The 2 year wait was definitely worth it. Within the first couple of days, any worries I had about this encounter had totally been erased, and I felt things, positive things, that I hadn't felt in such a long time. The main one being a sense of security and groundedness. We spent most of our time going out and doing datey things, having fun, hanging out with his friends. Making up for lost time I guess haha.

All this proved to me that LDRs can work. I know there has been numerous successful ones but there are people out there where an LDR sort of arrangement doesn't work out when in person or just outright fails after a while. I'm happy I'm not one of those people. It was the main thing I was worrying about in the days leading up to the trip. This is something I had never done before. Never been so intimate with another person before, male or female.

Thank you Novard for making those two weeks the best two weeks of my life. Now it's back to the daily grind and other annoying and depressing parts of life, but we'll be back together soon, definitely not another two years, not on my watch.