I consider myself both a writer and artist; in my gallery you're bound to find a lot of characters who are featured in my tales (some of which I'm working on turning into novels soon).

Most recent: The Magic of the Season 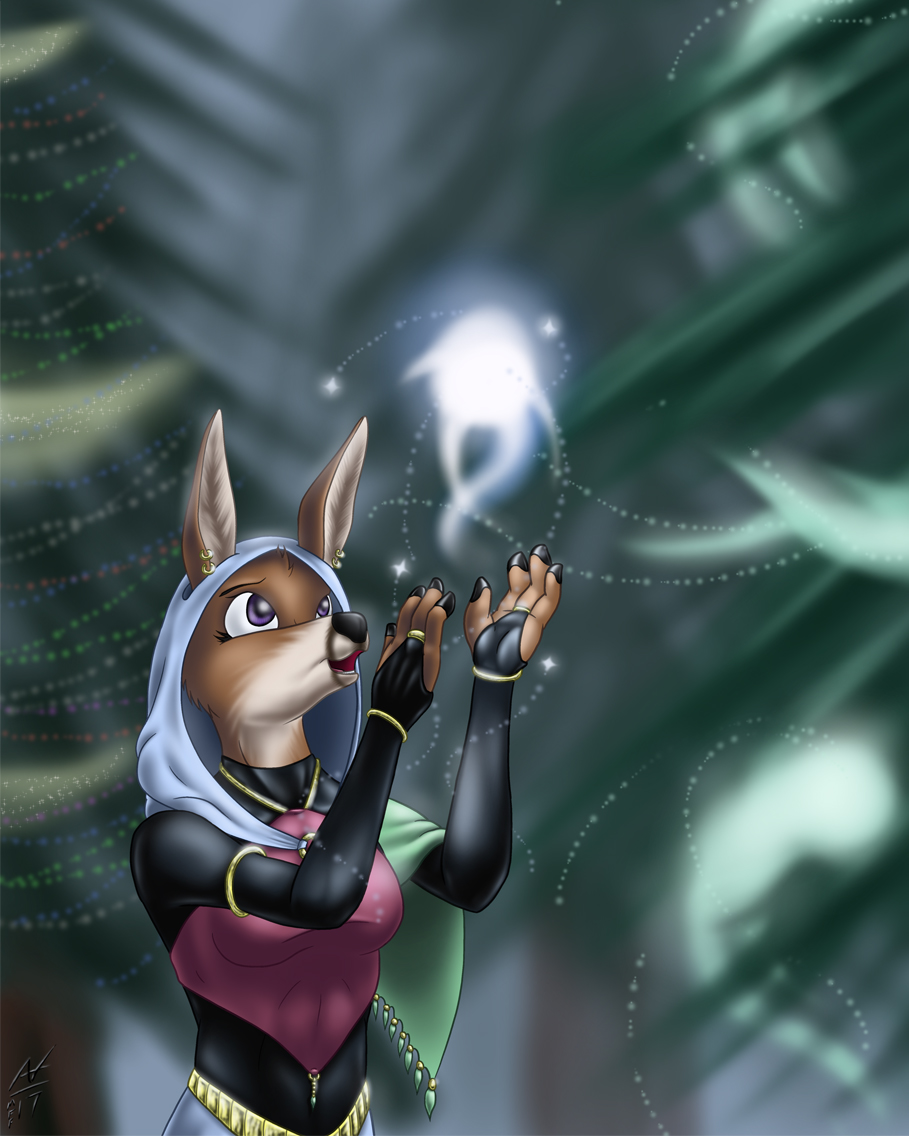 So, after a night to mull over my admiration for Disney's new film (go see it), I've been thinking more on what made it stand out so much as opposed to all these other animal-people films of the past, and it all goes back to a point I made in the previous journal: Zootopia is not just a world of animal people... it's a world designed for animal people. The setting could not work with humans. It can't even work with animal people as portrayed in a lot of other films, because the differences of so many species is so central to the setting, to the entire plot, than to leave them out would completely un-make the movie itself. I can't think of very many corporate-made franchises with animal folk that do that.

To elaborate, I'll be going into spoiler territory so if you haven't seen the film yet, you can come back later to discuss if you like. I'll still be here!

Okay, so, Zootopia is ultimately a story about differences, about celebrating what makes everyone unique instead of discriminating against them. What better way to do that than to make a world filled with people in a multitude of shapes and sizes, who come from a wide range of habitats, all living together (in utopia, ha ha)? Even though the characters are rightfully at the center of the film, you can see the careful detail the creators made in developing a world they would live in that accommodates each and every species. You have architecture catering to folk of a wide range of sizes while still being familiar to the audience. They even had car designer J Mays design all the unique vehicles in the film based on the species that would ride them (check out his Jalopnik interview on this process here: http://jalopnik.com/how-disney-s-zootopia-got-its-cars-from-legendary-car-d-1762567392). In the same manner you'll see doors with their own smaller doors, so that a handle will never be out of reach. You'll see a tiny fennec fox struggling to heft an enormous popsicle made for elephants. You'll even see how a bubble canopy on the roof of a train does double duty as giving tall species like giraffes headroom while also acting as a second-or-third-level seating area for smaller species like mice and rabbits.

And again, these differences in species is what drives the plot, not just by highlighting the ways everyone is different physically, but also emotionally. The old stereotypes of predators having savage, feral tendencies buried deep within their psyches, and the public fear in prey that can come from that, speaks not only about the social dynamics of Zootopia's world, but it also allows us to relate to it by indirectly pointing out that we are no different as humans who come from a wide range of cultures and backgrounds. I recall reading that one of the early inspirations to Zootopia's world was an observation made by one of the creators of animals in the African Savannah. He saw how all species, predator and prey alike, would always gather around watering holes to drink. Drinking water is a precious commodity in the Savannah, and to see all species partaking in relative peace (albeit not without having wary glances cast about toward the predators) was how the idea of Zootopia's mixing of species in idealistic, yet fragile, harmony came to be. It also shows how easily such harmony can be broken when old stereotypes and fears come to light. Again, this is so crucial to the plot that only animal people could pull it off in a way so that's realistic and so natural. You'll see other franchises occasionally make light of species differences, but more often than not it's for a quick joke and is easily forgotten by the next scene. Zootopia takes those differences and builds it's entire existence on them like very few others have before. From the way cities and cars are designed all the way to how people interact with one another, Zootopia is a rare example of what a world of anthropomorphic animals could truly be like, down to the very details so many other settings (including my own) have ignored. It makes me want to see it again all the more in hopes to studying this even further.

...and I must admit, Shakira's Gazelle's song, "Try Everything" is really starting to grow on me ^_^