Lachland fell out of the stoopid tree

and hit every branch on the way down....

Lachland is both a floor wax and a breath freshener!

Buy Lachland before midnight and recieve 38% more cognitive dissonance in alternating previous years in time zones where legal and/or impossible. 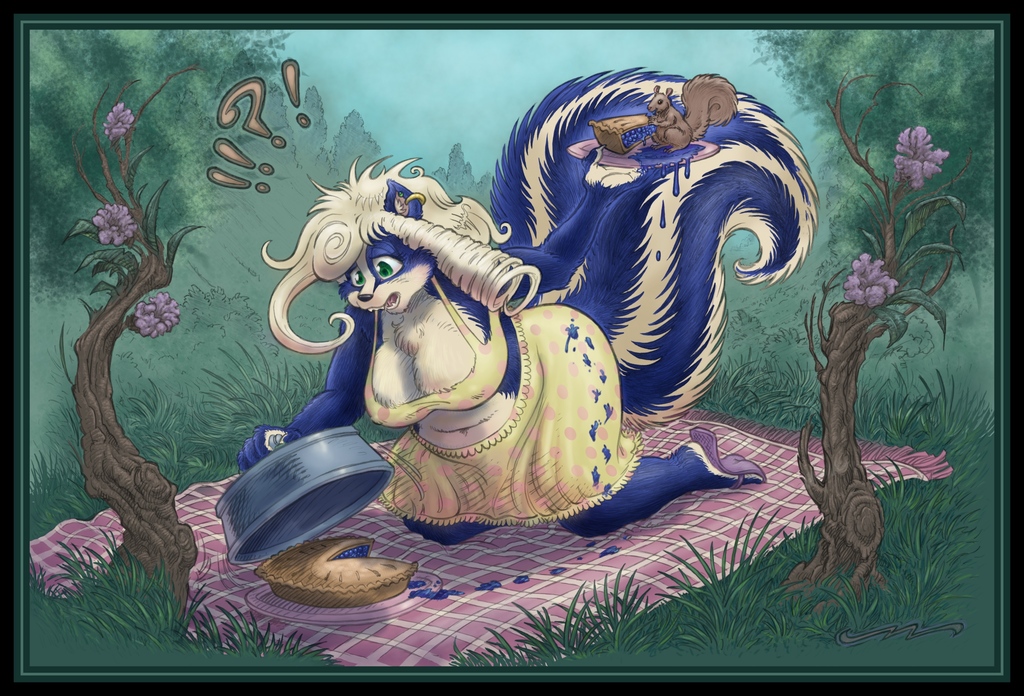 A Brief History Of my Art You Grew Up Watching

A Brief History Of my Art You Grew Up Watching

(re-post of FA journal - some background info on me....get to know sans meme)

So....i started in the animation biz when i could barely shave...wasn't a desired career at all. i had self-trained to be a comic-book artist, then went to college to be a fine artist....When my best friend died from cancer/primitive-chemo-therapy i went into the animation biz to help raise money for a memorial exhibit of his paintings....sort of ended up staying there for a long time....was a decent living, and i liked being a Children's Entertainer....

Here's a brief list of some of the stuff i did that you might have grown-up with or seen etc....

Fish Police (expression sheets, model and prop supervisor)
attempted prime-time adult show – time slots and days for every first five shows bounced around,
so no one knew when it was on – pre-empted for sports special, etc – ratings disaster – remaining two episodes didn't air

Barking Bulfrog Prod. -
Storyboards
Savage Dragon – She-Dragon episode
Disney's Doug....too many episodes, including end sequence on feature...
PB&J
expressions and poses sheets for Sabrina The Teenage Witch – and lots of storyboards for that
a few series development projects that went nowhere...
a bunch more projects there....

Prolly much other stuff....hard to keep track of it all....

i did hundreds of comic book pages of my own superhero/sf characters before starting college...prolly best that never sees the light of day....

Then semi-retired to pursue my own projects – would rather work some day-job stuff and use desk-time for my graphic novels...Emma&Ash, Willa&Tad&MissBillishire, Azha, etc etc

And i still occasionally do fine art, fractals, etc...music...composing...

and the kitsune thing

in a zen still sort of way

Addendum: Don't bother looking for the lachland name on any of that.

As i've said before "Lachland Nightingale" is my online art nom-de-plume - a pun on when and where i work - i live above a lake and work on my art mostly at night and there are fairly frequent gale force winds here...

Art director credit on Halloween Tree probably went to whoever replaced me when i had to save Captain Planet (not my choice).

i probably didn't get credit on Mighty Ducks episode 1 either as i quit that project after a week or so - i told them i hadn't done adventure boards before and i'd just moved up from the states and didn't know a dang thing about hockey....they didn't listen.

Did some random video game design stuff as well for Bardel, Natterjack, etc.

On Martin The Warrior there were two (or was it four?) boarders/teams - we each did everyother script...i did mostly the badguys and the troupe of actors....One of the funnest shows i've worked on. Too bad the animation was rather poor...

Having to leave Halloween tree before it got into full production - the basic style got changed a bit, dumbed down from a more unique look.

The other was that Bardel in partnership with Cinar were developing Mark Crilley's Akiko as an animated series -my favourite comic book at the time - and i was in charge of adapting the art. Did some beautiful work on that - Then Cinar got caught cooking their books on some other live-action production - got all production shut down by the courts -etcetcetc - and Bardel couldn't even buy out Cinar's share - so the project got put on hold and eventually cancelled. It looked gorgeous.It would have been a hit. Waaaaahhh! ...oh well...