Here are all websites i am on, and all possible ways of comunication that i use and commission informations and all that jazz (excluding weasyl and sofurry).

Most recent: KNOCK NEXT TIME! 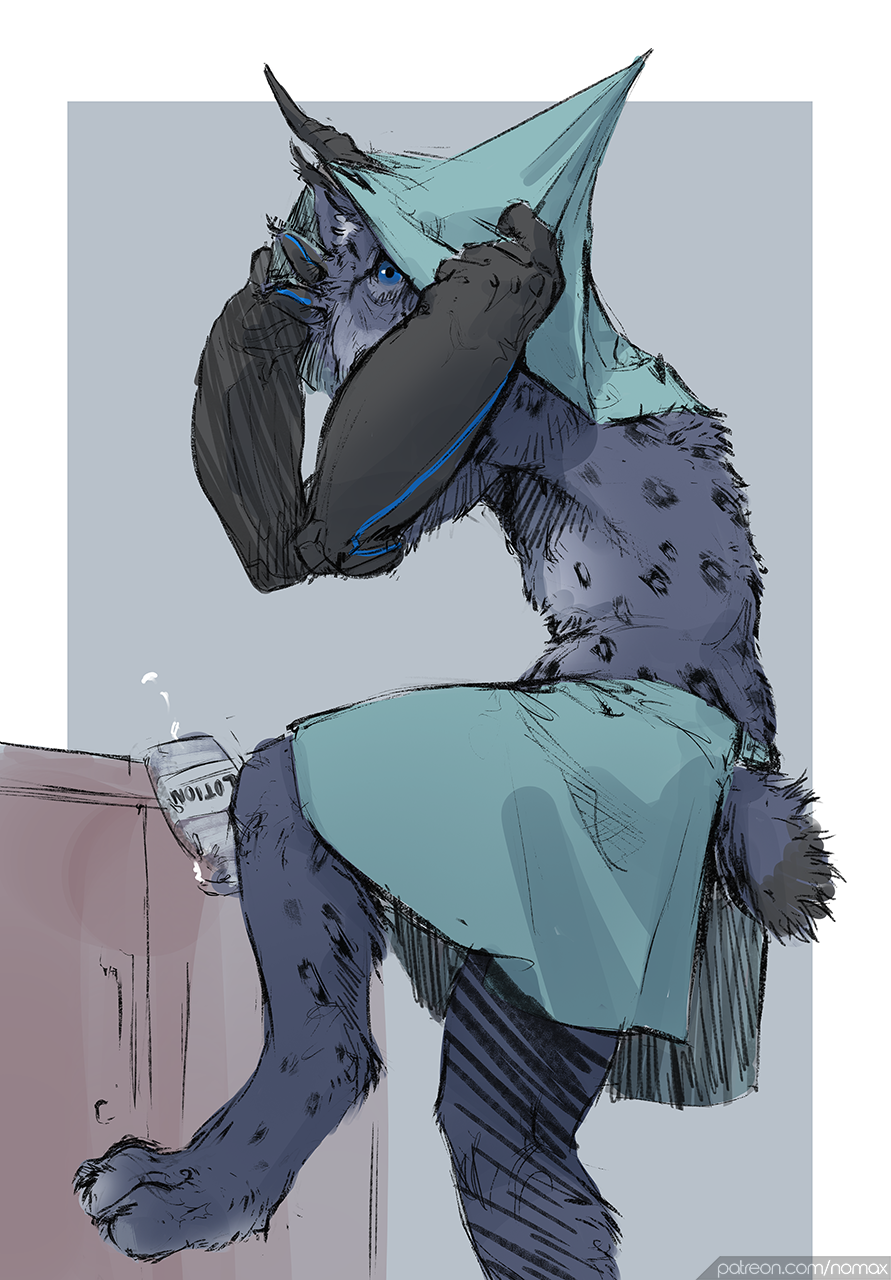 End of the year talk and vacation

Well it's not really the end of the year yet and i will upload new stuff throughout the rest of December, but I'm just putting down the finishing touches on the last commission and so i felt it's a decent time to give a bit of an update on past, present and future.

Let's begin with a big thank you to everyone , really when i made the decision to quit my old job and leave the country i couldn't have hoped for a better first year and all that was made possible ultimately by you people and the support ,both monetary and in the form of comments, favourites and whatnot, that you brought. So once again thank you very much and i hope that in return i was able to possibly brighten up a moment here and there with a painting of mine! So yes, this year has been great, i was able to progress a ton and there is a day and night difference when i look back to the artwork i created at the beginning of the year and the more recent pieces. And with the experience of this year i also can more confidently plan the next year and it won't be such a step in the dark anymore, which is a nice feeling.

Though not everything is smiles and sunshine of course, i haven't really had any time off throughout this year, and just having to get a new painting ready time after time, finding new ideas , poses, framing and all that is very mentally draining, and especially the last two months i've felt that mental exhaustion building up. So once i'm through with the last commission i'll be taking a couple of days off, just to free my brain up a little. After that i'll probably just work on some private studies until christmas or the start of the new year, since yeah progress has been great all things considered but it's high time to reframe my goals, see where i am right now and figure out what i need to focus on to get to said goals. I always was able to smuggle in elements that i wanted to learn about in my commissions here and there, so i gotta know what is worthwhile contraband for next year :P So expect there to be a somewhat quiet period probably around early january where there might not be much artwork.

So, past and present is done, let's look at the future then! What to expect in the new year? Well all in all it probably will remain mostly the same. I will continue doing commission in roughly the same way i do them now, the system i have set up currently works well for me ,so no reasons to change much there i feel. I'll add a couple of small vacations where i can so that i avoid the mental fatique , and also hopefully can squeeze a bit more time for more focused studies in there. So, yep overall it should hopefully still be a lot of art from my side of things!

And that's it i think in terms of what i wanted to talk about, i hope the years of all you folks have been overall positive as well or if not that at least you can hang in there and see some clear sky up ahead and i wish everyone an early christmas and new year already in case i don't end up making extra announcements for that.