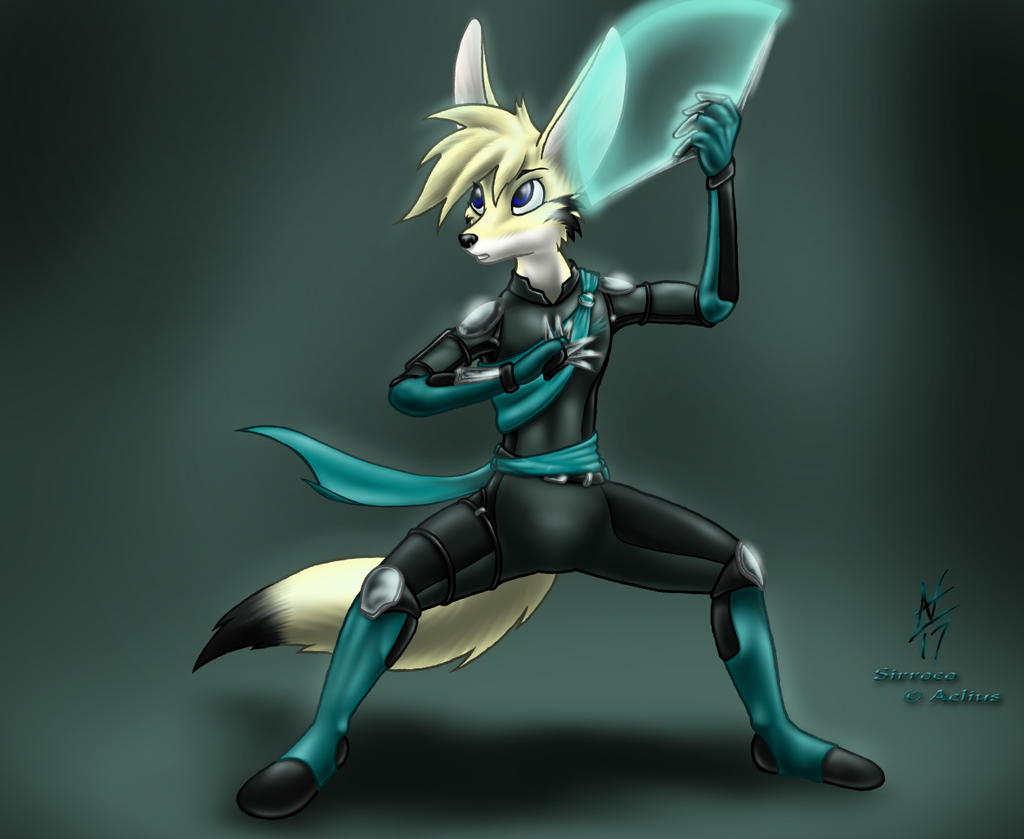 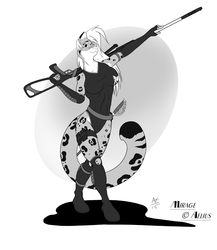 This was a fun commission - :icongushousekai195: wanted to see my fursona as an R-Force agent. Since Voltage had already claimed my go-to color colors and power (blue and electrokinesis), I decided to take inspiration from Khalil, who began as my fursona designed as an ancient Sage. With that in mind, this is Khalil's descendant thousands of years later, who not only shares his ancestor's gift of aerokinesis, but also took Khalil's epithet as his codename: Sirocco. For his arsenal, I decided to go with the "wind" theme and have him use a combination of throwing stars and a harmonic mono-molecular hard-light fan that can cut through virtually anything (yep, another invention from Agent Meltdown).

I'm sure he'll wind up in a cameo eventually, if previous fursona-to-character experiments are any indication :p