None of this is good, Vector. That's why it's called "war."

Hey there, I'm Setsune Wave ! I'm a Virtual Raccoon🦝 that dabbles in game development, writing, and animation. I've also experimented with modeling in Blender and MagicaVoxel. I get excited about ideas early on and drift away a lot, so forgive me if there's a lot of unfinished drafts.

If you like my weird mashup of work, and want to support me, you can use these links:

I also love gift artwork, just pick your favorite and don't be cruel:
🖼 Art Refs: http://setsune.furrynet.com/refs/
(Some of my preferences: https://www.weasyl.com/journal/142954/art-guidelines-updated-september-23rd-2019 )

Thanks for checking out my page! 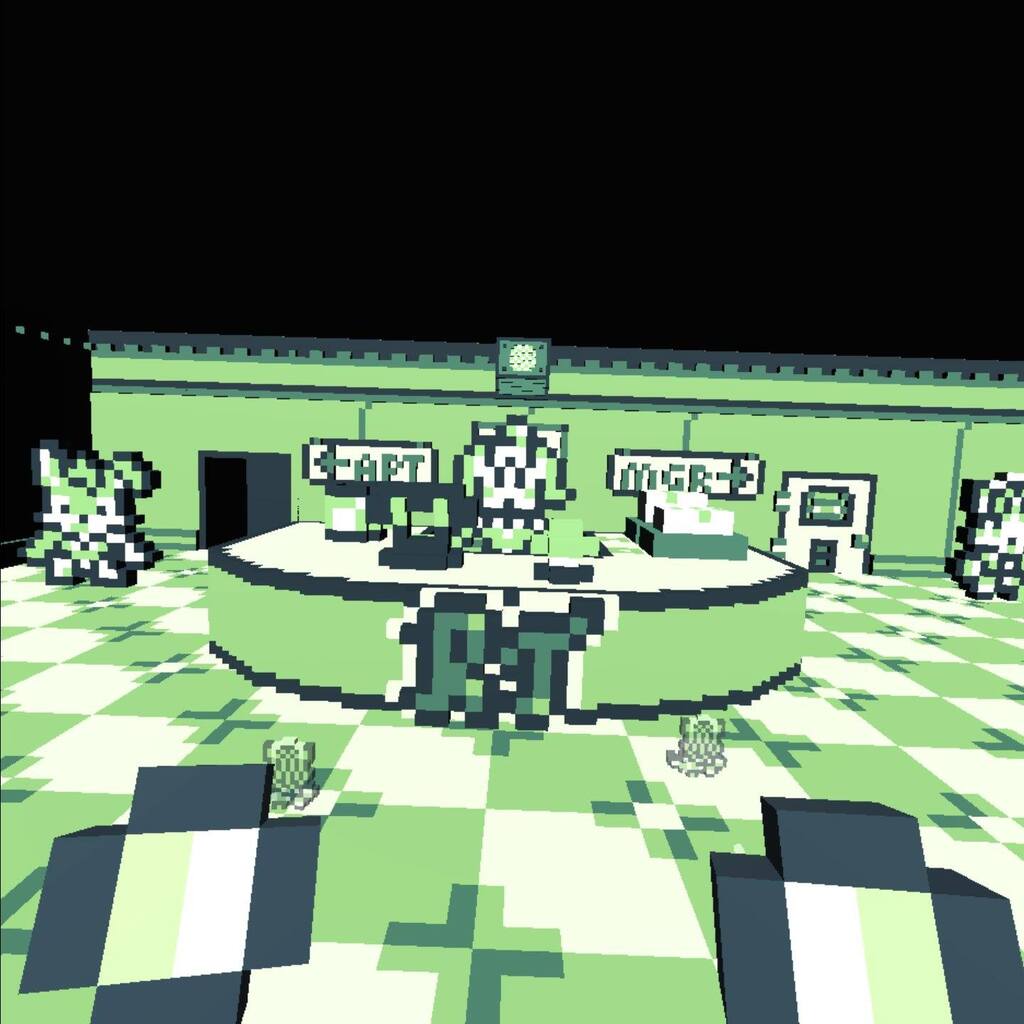 Hi there! It's the year 2020. We've got about 11 months to make this place properly cyberpunk, so we've got some work to do. We've already done dystopia, it's old and tired, time to knock down any systems trying to keep that going.

You might've noticed a few changes over the past few weeks. I've tweaked my name to Setsune Wave to best fit the Synthwave life (yes I know the fad is already played out and I really don't care like what you like and also it's literally 2020). Also, I like being a raccoon, it's too good of a fit, but I've been pretty tired of my fursona. When your fursona isn't even that interesting to you, that's a problem, right? So I've scripted out some changes, and will be getting a proper ref sheet commissioned shortly. Chief among the changes are more of an expression of Gender Fluidity. The character may primarily present feminine, but there may sometimes be other aspects present, and sometimes not. With that said, if you aren't already, I'd really appreciate you using She / They pronouns when referring to me online. When I debuted on FA, it was as a tigress, so for some people this won't be a change. Life is a curious path.

So, what else is going on? Well, Rulent Tower has been puttering along, if you haven't been paying attention. The current plan is to release a "Move-In Day" build that covers the first day, and see where interest is from there. As fun as an exercise it has been to develop a Game Boy game (and work with the incredibly user-friendly GB Studio, https://www.gbstudio.dev/ ), I'm itching to start putting some more time into Oculus Quest development while the iron is hot. I've already got some Babby's First VR running on the headset using the built-in hand tracking, so I'm eager to do more. But I also know there isn't much like Rulent Tower out there, so it fills a very weird niche, in a fun way. And it's a "game" under my belt, although the usefulness of "Late Night Cable Smut Parody with Furries" as resume fodder remains to be decided.

One thing I am aware of is that I haven't been keeping people outside of Patreon informed of what's going on. I have started making the News Posts go public after a month or so, but while you can follow my Patreon for free and be notified when those go public, it's still a bit out of your way. I will try to do a better job of keeping FA, Twitter, etc. updated with what I'm doing. I do stream fairly often, but at late-night hours. Still, feel free to follow my Picarto if you don't mind synthwave music and watching me draw a pixel, then erase it, then draw it again, all while making strange noises to myself. It's a great time.

Speaking of keeping places updated, is there any place I don't post to currently that you'd really like to see me at? Pillowfort, for example? newTumbl? I do technically have a Discord. I'm very bad about using it, but I can get better if people actually want that to be a thing. My main rule is that I want to stay away from any platforms that really enable awful people. Nazis, TERFs, Racists, Bigots, Misogynists, and anyone who argues on their behalf (like hate doesn't already have a big enough platform as it is) can piss off into the sun. I'm not enthusiastic about a platform that lets them thrive, through ignorance or ill intentions.

I do have one piece of maybe bad news: I've semi-retired SFM. I'm not saying Literally Never Again, but I feel like even if I wanted to pursue that general path, Blender would be a better option, rather than a glitch-filled tool that's been abandoned by the developer for over 5 years now. SFM was never really supposed to be public software in the first place, and it seems like whatever follow-up they might be using or designing isn't intended to be, either. (There is a limited SFM 2 for DOTA, but last I checked it was a step down in many ways.) Regardless of that, I just feel myself moving away from model puppetry and animation for the time being. I'm not sure I was bringing a lot to the table, it definitely was looked down on by some people (which was BS, I'll be honest, but it still got tiring), and it was pulling my focus away from game development. It could be a part of that, and don't you think for a second I'm going to stop making mature and adult furry works, but I wanted to set your expectations. I do understand that's why a lot of you followed me, back from the days when I was wiggling around CharleyFox and Little_Dragon's Cerinian in Poser, up until Boosette's boo-ty. I really appreciate it, and I hope you'll stick with me. But I wouldn't be surprised if making a declaration like this will dip my follow numbers a fair bit. The smart thing would be to not say anything. But I'm honest, not smart. I am sitting on a list of "SFM Tips" I'd hoped to make into a short video series, so I'm still deciding what to do with those.

And another thing that isn't smart, putting personally identifiable information on the internet! I have a birthday coming up in roughly 2 weeks, so here I am being greedy trash and putting up a Wishlist. I will say that a lot of the list is utilitarian, though, and much of the stuff near the top will actually help me make more content. You'd be surprised at the difference a few cords can make. The list is here: https://smile.amazon.com/hz/wishlist/ls/1F2VIY4BW1BX1 (The Smile link doesn't mean you pay any extra, Amazon just donates a little bit to the charity of your choice for each purchase. There's a lot of selection there. I'd recommend EFF or your nearby Planned Parenthood, but it's up to you what you choose!) On more manageable terms, you can buy me a coffee or two on Ko-Fi, or Shinies on FurAffinity. And there is always my Patreon, which will net you early previews and playtesting of content often before public release, as well as your name in the Credits when I can add them.

Ok, that's enough panhandling. Thank you one and all for joining me on this trash panda's peculiar and perilous path, and I hope you enjoy what's coming next!

For more information, check out:
https://www.weasyl.com/~setsune/submissions/1667591/commissions-open