For those of you who know me; I'm considering filling out this site's gallery sometime next year just because...since people from FA and DA and SF and various seem to be favoring this site lately...so guess I'll jump on the bandwagon so to speak ^__^;

For those that don't know me; GREETINGS! I'm just your absentminded shy feline who's just likes watching and reading good and great (and exotic) artwork and stories from similar artists and writers, plus sharing my own projects for those interested enough. I'll admit; I feel like I'm becoming more of a writer than an artist nowadays (and yet I still have much to learn from both mediums).

I've been around the web for a long time now since the early 2000 era (mainly a lurker at first), finally getting the courage to post my own projects and fanarts on dA, eventually moving on to FA to post more of my rising adult stories and artwork when dA's restrictions (and audience) would not. I've posted a few things on my SF account as well, but nothing huge than my FA (there may be a few stories there that I haven't posted on FA because of...questionable material). I want to point out now that while I have some unique fetishes, they only range from Animal TF to TG (that is generally it)...and while I bring that up THAT is what you will be seeing as time goes (mainly Furry or Animal TF works....I rarely do TG unless I feel...well, girly >___> ).

I will wrap this up with how I probably should have introduce myself earlier:

You may call me TimidTabby, or just Tabby; I sometimes go by Alan as well. My main fur(per)sona is as you see my icon as, a male orange and white furred cat with unique bright crimson red hair (though lately my rare TG interests have surfaced moments of femininity). Sometimes though, my inner cat can be pushed aside by my inner wolf; a brown and cream furred wild beast expressing my more baser state of mind (moments where I'm feeling stressed and aggressive...or hornier than the normal person). A bit of dragon and mouse also resides somewhere deep inside, the dragon representing my eagerness for flight and the exotic; the mouse representing my yearning for a different perspective (and the fact I was born on the Year of the Rat...and yet I prefer mice, not rats). My fursona Tabby is also his own character in my own little world surrounded by various original female characters: Nikki the Fox/Kitsune/Muse (Tabby's love), Pearl the cat (Tabby's pet and seductress wanting her master all to herself...also instigates Tabby's female side sometimes), Lyra the mouse (has a boyfriend but was once Tabby's first intimate squeeze, shy but intelligent), and Sno the Werewolf (A human who prefers to stay between anthro and feral wolf forms; instigates Tabby's hidden inner wolf and tries to steal him as her mate). Images will come soon and there are other OC's I've done in the past too that I will bring to the gallery in the future.

Most recent: Taming the Beast - part 1 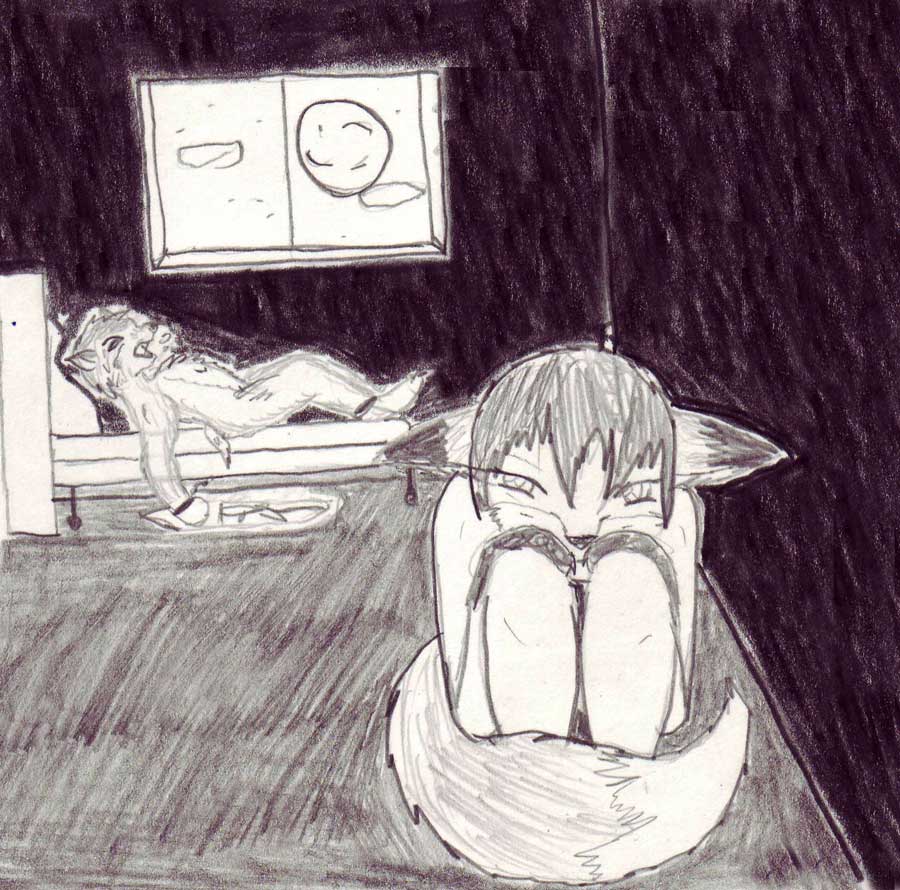 ...Sweet Nikki; I have misused that word so much in my youtube videos lately.

It's been over 5 years since I started trying to upload my works to this gallery and...the only excuse I have is that I wasn't really excited to continue as I received very little views or favs on the first small slew. Shallow I was; yes, but was dishearten to not see any real improvements here (at the time) and decided to just focus on my Fur Affinity account.

Well; due to all the controversy with FA and the constant downtime it seems to have these past few years I decided to finally get my tail together and start posting the rest of my works here as originally intended, and will attempt to do my best to post any newer works here as much as I would on FA. I'm hearing that Weasyl has seemingly gotten better over time and lots of artist and writers I've listened too as they rant about FA as stated about moving to or focusing on adding their works on here for backup purposes if not just to be exclusive.

I hope the new slew of incoming drawings and stories will entertain you all. Do keep aware I mainly work with animal TF's both SFW and NSFW...heavy on the NSFW these days as well as on Werewolves strangely enough.

Until then; I hope everyone is surviving this horrid 2020 year as best as possible. Hoping desperately for a better start next year.