Shimmerscale / 33 / A Mothership over Northern California

I hope to be working in the creature effects department of the movie industry soon and so, I'm starting off with fur-suiting, animatronics, prosthetic (masks and the likes), sculpting, 3D modeling ..etc.

Currently doing concept and reference art as commissions to help keep the $$ flowing in for school (Stan Winston School of Character Arts). Anyone can commission me (for business or private works).

Oh, and I'm the sole owner of Ashwing Productions, and the only builder/artist in it currently, so I can only work so fast :3

If you want more info on me or more art...Find me on these sites:

Most recent: Davros Of Skaro 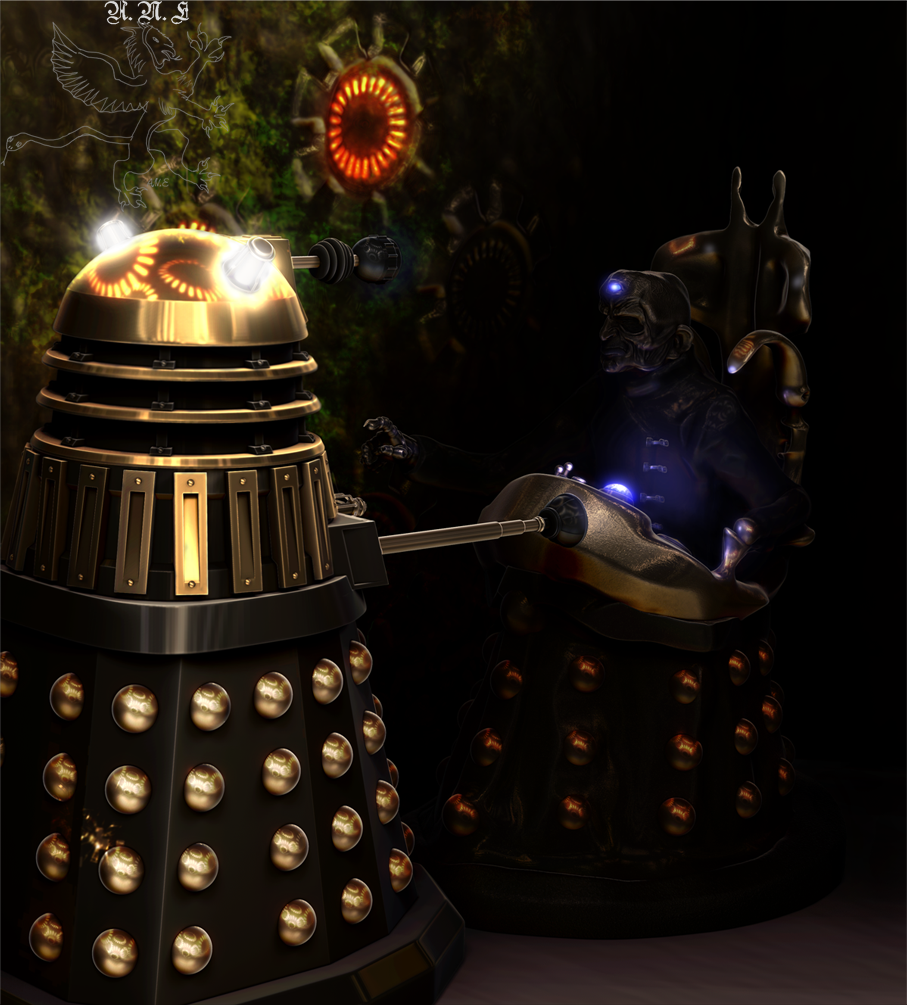 I AM NOT DEAD, YAY! Or maybe I am and this is all in my headspace?

Its too long a story to put here everything that has been happening with me since my last posting, but I'll put some bits up and an explanation as to why no digital art in so long.

Lost a few very beloved pets due to old age and illness in some cases, and just sickness in others. Also had a couple new pets come into my life (rescued litteraly off the street, some people shouldn't be allowed to keep animals if they're not going to treat them well, including not abandoning them).

Still haven't got a steady job but I've at least found some odd jobs to keep food on the table. They don't pay much but I'm hoping something will open up soon in my area. But with the current economy problems that might be a long while.

Old Crappy House is still Old and Crappy, falling apart faster than I can repair it and the costs are mounting. At this rate its cheaper to get a new one but I can't afford anymore large monthly payments.

And of course my PC died, and as that was the only way I could learn the digital aspects of my dream job, I'm now unable to do anything in that category.

The PC issues all started in 2017 but became nearly unmanageable in the summer of 2019. I had a lot of bios errors, and overheating even when I had a large external fan blowing on the laptop. Computer randomly shutting off even if it was not hot....etc. I had no way of fixing any of it and at the time there were very few parts available for that model Qosmio that wasn't heavily used. The refurbished bits were not officially done and I didn't want to spend what little money I had on a part that might break in a week.

My laptop was an 8 year old ( I believe it was 8 the time of death) gaming laptop from Toshiba that I used primarily for rendering and 3d modeling, which is not something that unit was designed for. I didn't have enough money to buy a new computer so in the fall of 2019, mine stopped working altogether and I had nothing to switch to. I'm assuming it was the processor that kicked which is (aside from the motherboard) the only piece I never had to replace in all the years I had it, unlike the graphics card, hardrive, optical drive, keyboard, fans...etc.

When I took the laptop apart to see what might be the issue, I found that the processor pins were discolored black with some sooting around the frame itself so I think it just overheated and gave up finally. New thermal gel was added by a tech to the GPU and (I'm assuming as it was a part of the package) the CPU as well when the graphics card was serviced but I forget what year that was (2015 maybe??)

I am still without a PC I can work with (I have a gifted Dell latitude d620, 2006 year model, for word processor) and do not have the funds to replace the dead laptop with something that can handle rendering and 3d sculpting yet. So obviously there will be no new digital art from me until I can.

That being said, I have taken up my old mediums again and will be doing some paint on canvas works, sketches and perhaps some sculpting if I can find some cheaply priced materials (probably sticking to the sketches and paintings though) and will be uploading those soon. Some will eventually be up for sale as well.

So yeah, that's part of my life so far, hope everyone else is doing well in these trying times.