“Censorship is to art as lynching is to justice.” ― Henry Louis Gates Jr

I'm Malachyte! You can also call me Mal. I'm a red panda, and a full-time freelance artist. Right now my focus is art for the furry fandom, but I hope to expand that by 2024.

Some tidbits about myself, to give you a general sense of what I'm all about--
I was born on a leap day. My pronouns are She/They. I have a bachelor degree in Japanese Language & Culture. I am a self-taught artist, and I do both traditional and digital media, as well as various textile crafts (like knitting!). My favorite tools are pencils and Copic markers. I love books. Some of my favorite podcasts are No Sleep, My Brother My Brother & Me, and Reading Glasses. I love to rewatch Monster Factory episodes when I can't sleep. I'm passionate about herbology, wildcrafting, food science, and sustainability. I'm a sucker for anime maids and magical girls. My drawing streams get very silly.

Interested in a commission?
Normal commissions are taken through Commiss.io.
Subscribe there to receive email updates about slot openings.
Not sure how that works? Check out this journal for more information about how to support or commission me.

Like what I do and just want to leave a tip?
Buy me a Ko-Fi | Commiss.io Tips

Thank you for all the comments and favorites! I am humbled to say that I can no longer respond to every comment I get. As for notes/direct messages, I appreciate them! But my time is limited so I can't guarantee I will have time to chit-chat with you. 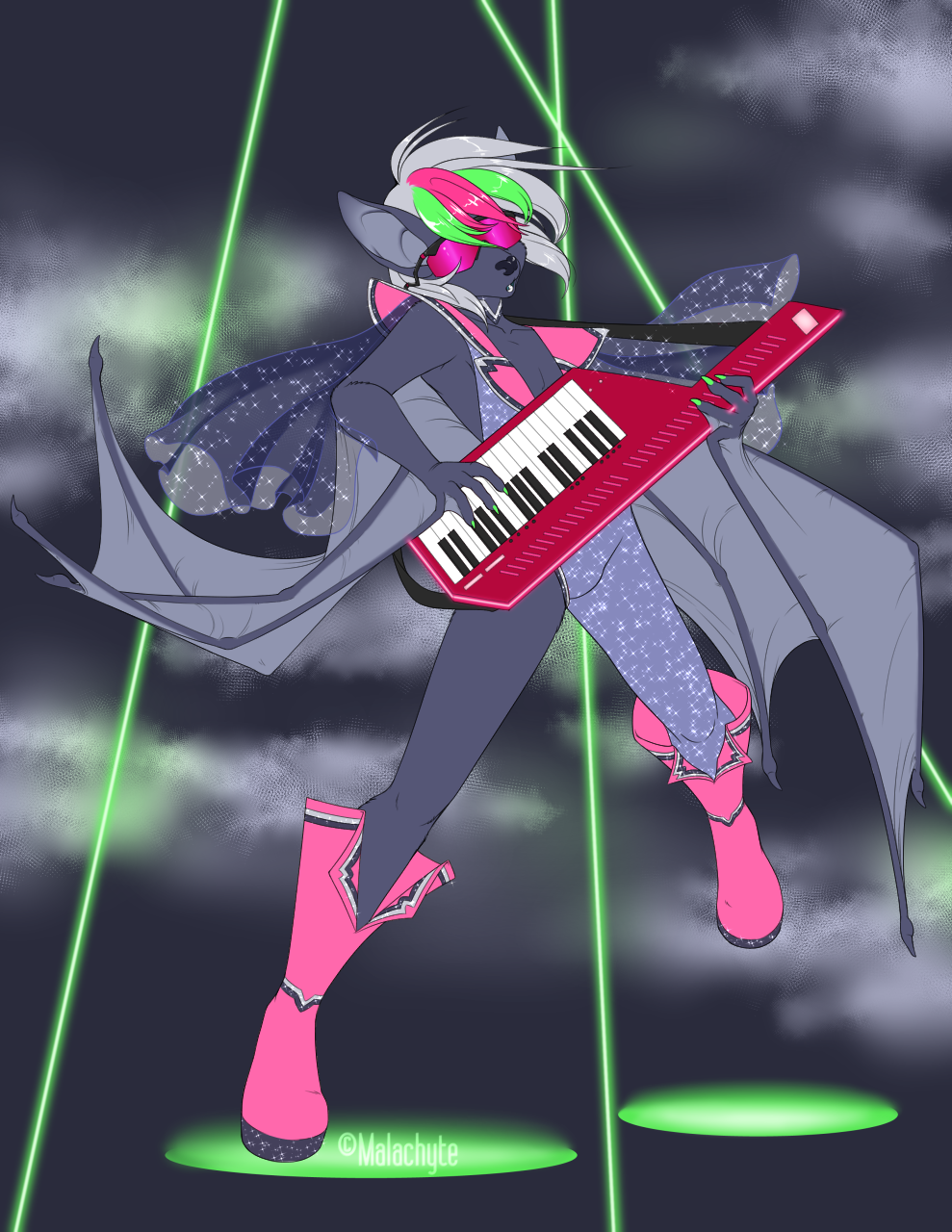 Hello! It's been a bit since Jelly successfully got through his surgery, and things have definitely been eventful @v@ Overall, he is doing well and healing up. He's able to get around on 3 legs incredibly well, and has been getting 10x more head pats this week than ever before, ha ha.

That said, it has not been an easy process. As I mentioned in the last journal, he had some irritation to some of his stitches. It cleared up a bit, but then got worse again and it became an infection after all. We had to go in ASAP for antibiotics. Additionally, he finally had to poop after many days of not doing so and... it was a nightmare. I'll spare you all the messy details. I know own a lot of towels, and have laid them all around my bed and house, so I can keep him on dry and sanitary bedding while he expels all his various things.

It turned out that even with the plastic cone he was sent home in from the vet, he was able to contort in wild ways and reach his stitches just a little, so he now has to wear a very large cone. It's hard for him to move around, but he's gotten used to it surprisingly well, and has learned to let me help him when he's stuck on something or wants on the bed. I still have to wake up periodically throughout the night, to make sure he's not bleeding, stuck or injured. I haven't had more than 4 hours of sleep in a row since April 28th and my brain is melting, lel. But I'm getting by, and it's very worth it. I'm happy I can provide the level of care he needs through all this.

He got his stitches out successfully on the 11th, and the vet says his infection is coming along nicely. He still has some open skin there, so the cone has to stay on for a while yet, and he continues to need monitoring. My next step is to send an update to the vet on Saturday to see how those openings are coming along. Fingers crossed it progresses smoothly!

It's wild, the level of a care a single creature can need when their injured. He needs 4 types of meds twice a day (though now we're down to 2), as well as changing his bedding daily, cleaning his wound, hand feeding him wet food, grooming his fur while he can't, and even holding him steady to use the litter box. I think of people who get pets on a whim, or as a gift, and I just want to send them a pamphlet of my experience with all of this, to say, "Hey, take this fucking seriously. This might be you, and you better be up for it."

I think that's about all I have to say for this update. I'm still working on commissions and doing my thing. It's a bit slow going, but it's going nonetheless!