Welcome to the page of a blue and white kitteh dragon!~

This gallery contains art of my character by other artist, as well as my own art as I continue to push myself to improve as an artist. I may or may not choose to split these two things later down the line, but for now, by watching this profile, you get both!

I also maintain a gallery over at FurAffinity. It can be found here: https://www.furaffinity.net/user/caerulus/

Most recent: Just Sitting Around Being Sexy (by Lionalliance) 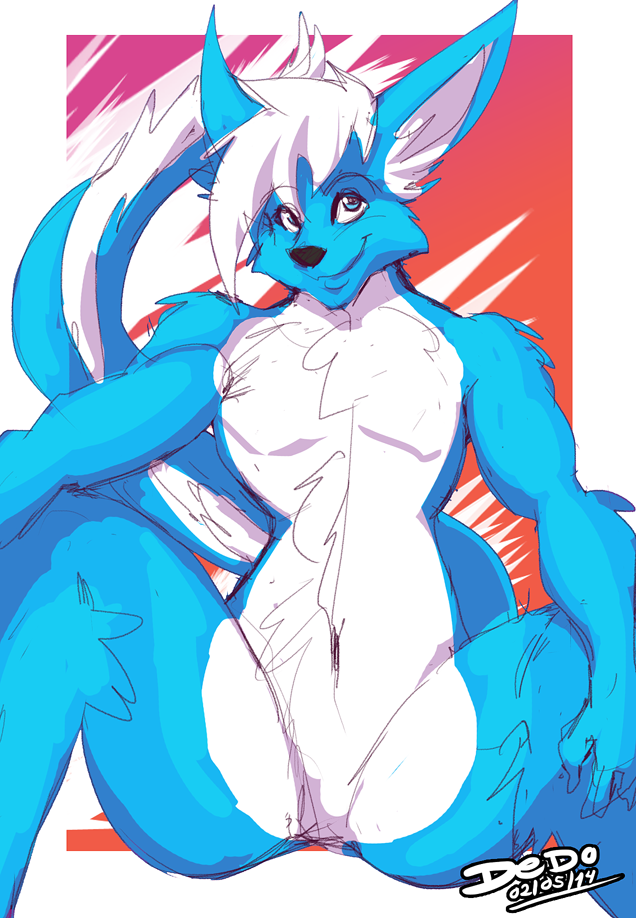 Bamboo and Intuos: Looking for advice.

So I think I might actually be getting serious about this art thing. I've been forcing myself to draw more and more, and I'm actually pretty happy with the progress I've been making!

That said, I have a few questions for anyone who has had experience with both Wacom's Bamboo and Intuos product line. (Or anyone with a friend who might be able to ask their opinion) And please understand I'm looking for people who have experience with the products rather than pure specs; numbers only mean so much after all.

One - Ignoring the specs, if you have tried both, do you think the Intuos actually FEELS any more accurate, fine-tuned, high quality, etc? I know it has more levels of pressure sensitivity, more lines per inch of accuracy, tilt, so on and so on... but what I want to know is if it actually feels like you've upgraded from, say, a crayon to a fin-tipped marker, or if at the end of the day it's all pretty negligible. Numbers tell me it should smooth out the experience, but does it really? (Please mention which models you're comparing if you can answer this one

Three - If you've used ANY wacom tablet: I've noticed on the tablet I have--the 2nd Generation Bamboo Fun--that when I bring the pen to the tablet, I can feel the tip of the pen come in contact with the tablet and depress a bit before it actually starts to count as pressing against the surface. It's not a feeling of "you're just not pressing hard enough", but rather a "loose" feeling; it doesn't feel like the tip is flush against the mechanism. As small of a thing as this may be, it honestly just annoys the hell out of me; it makes it very annoying to judge when I'm actually "touching" the surface, as the pen can physically touch--and I can feel it contacting as I'm drawing--but it doesn't actually count as "touching" without pressing down just a tiny bit more. All that said: is this just a thing with tablets, or is it only lower quality models? Or, perhaps, is mine just half broken?

Four - Finally, is the Intuos Large being FUCKING HUEG a good or bad thing, if you've ever used one?

I know it might be a bit overkill for me to consider an Intuos, but... I have the tablet I do mostly because I found it on ebay at a crazy low price. If Intuos tablets really are that much of a step above, I'd certainly go for it.

I just don't want drop a few hundred dollars on it only to find out it's no better.

View This Journal and 11 Comments