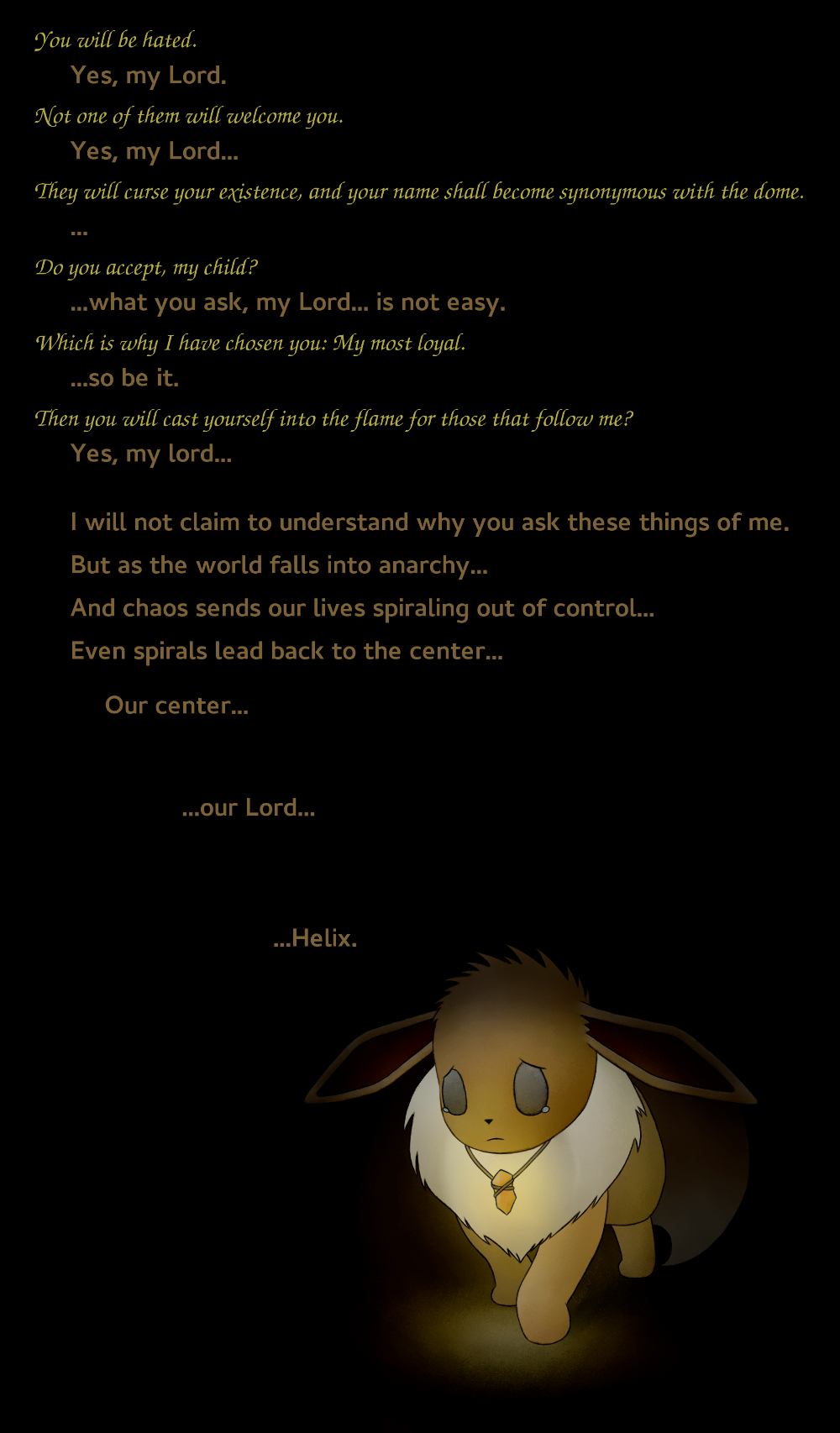 So for those of you not aware, there's this thing known as Twitch Plays Pokemon going on. Someone set up an emulator to accept input from users in the chat room in the form of users typing A, B, Left, Right, Up, Down, Start, or Select. It's pretty awesome, and if you haven't heard of it yet, you should check it out.

Flareon has been considered a bringer of all bad things, given what has happened surrounding him. A lot of people hate him because it.

As for myself, well... I question if he truly is the enemy, or if he is simply misunderstood.

In short: ALL PRAISE HELIX.

ALSO: This is the first piece of work I have actually taken 100% seriously, and did not give up on until it was completed. It took me about a week to draw, given the large number of times I went back, redrew, recolored, reinked, adjusted, erased, drew, erased again, drew again... you get the idea.

All things considered though... I'm happy with it.