Most recent: A monster in my bedroom (photo experiment) 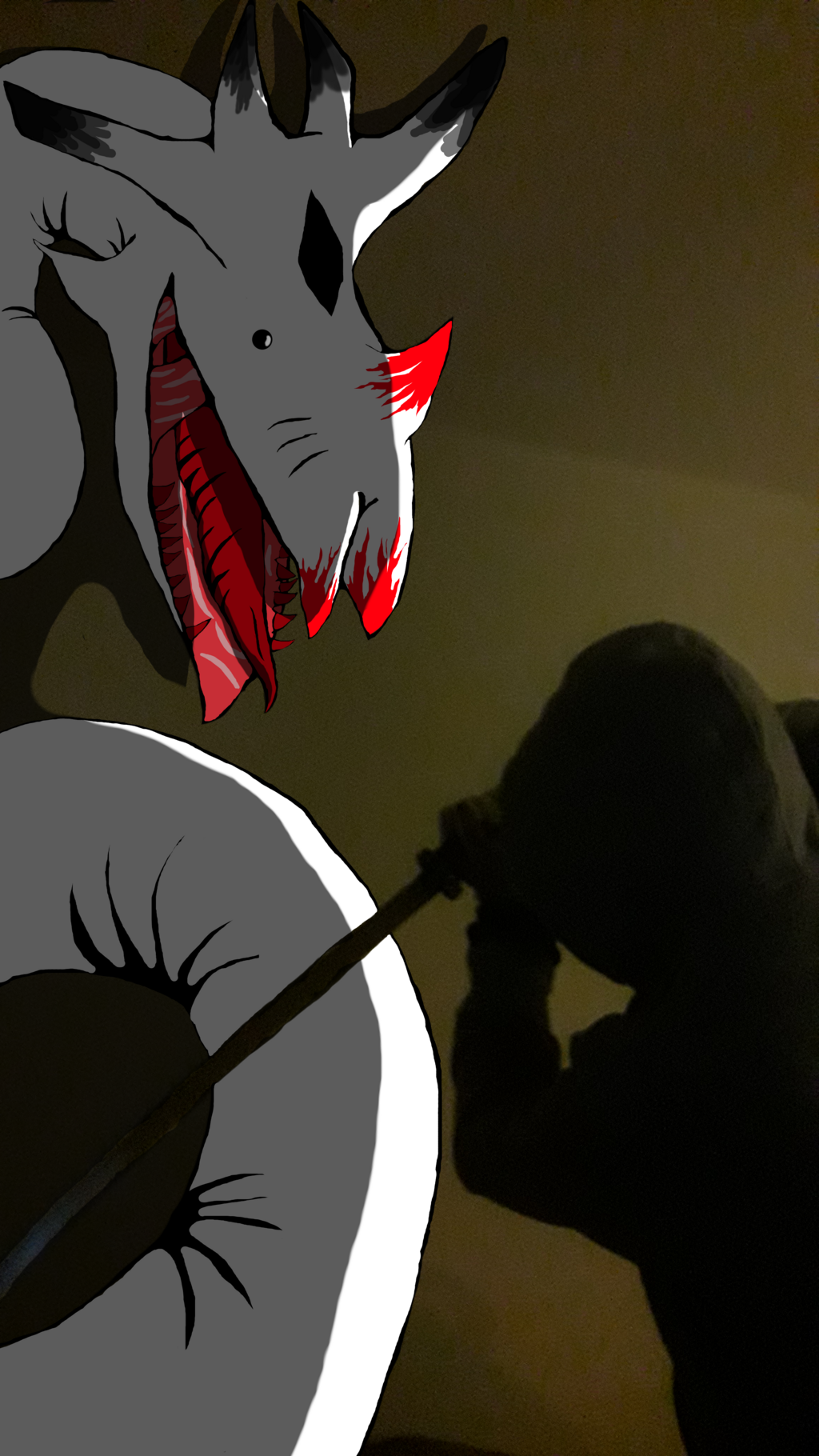 I don't want to make this message any bigger than it will already be so I will go straight to the point.

It has been a long time since I posted anything online, this has been half on purpose and half because I have been busy with many other things outside of these sites.
At the moment I am writing this I am full of projects, plans and other stuff I have (and want) to work on, and I cannot focus on posting stuff here now.
Essentially that means I will be stopping, even if just for a while.
Mind you that this does NOT mean I hate posting art here nor that I am abandoning the furry fandom or anything like that, I am just stopping for a pratical reason and to look for something I think will work better for me.
Also, i'm not really satisfied with the direction that my art went, for about more than a year now I have this constant feeling that every work I made has not been exactly what I wanted to do and i don't want to force myself to do something I don't think is working for me.
I think I tried too much to do whatever I thought was going to atract more people but I lost the "honesty" of my work and also started made things I'm not really interested in.
I even made accounts in sites I didn't want to use just so I could try to "reach a bigger audience", specifically Inkbunny and E621, this did not work at all, actually I disliked using those so much that to this day both accounts have no content. In e621 I posted a grand total of 3 images that ended up being deleted later anyway so they barely count and Inkbunny never even got a single post of any sort, as I changed my mind about it almost as soon as I finished setting the account up and decided to take a closer look at what the site had, it was clear after checking a few posts from others in there that site didn't have an audience interested in what I do and the things that they were interested on are things I refuse to do, so I didn't even bothered trying.
Basically, I let the numbers go to my head and speak louder than anything I actually wanted to do.
So I decided to stop because this is all starting to become a mess to me and i need to rethink about a lot of things, my account will stay here as it is now and maybe, MAYBE, I will come back for a second try at posting art here in the future, but don't keep waiting me to come back, I am not sure if that will happen and if it does, at the moment I'm writing this, I don't think it will be very soon.

Essentially, the account is still going to be up and you may see some activity like me commenting or marking posts from artists that I like, but I won't post anything from now on and I will also not do requests, commissions, collabs and any of those other things either. And if this
account simply disappears one day (if it ever happens) it means I gave up completely and decided to delete it, but I don't think I will do something like that, at least not in the foreseeable future.

Before I leave, however, I want to thank a FurAffinity user that goes by the username of Ethonian-The-Sorcerer, they, whoever they are, deserve a special mention here for the support and comments they frequently left at almost every single post I made. Thank you very, very much!

And now, with all of this explanation finally here for all to see, I can say goodbye. I will finish posting this message in every active account I have and that will be it, no more posts from me. Perhaps a we'll see each other again sometime in the future, I hope you all are fine and I wish you all good luck with whatever plans you have for your own future.