HOO! ; Always have a plan

Some stuff about me:
I am a physics major (with math minor) attending Kutztown University in Kutztown, Pennsylvania (USA), and I am an active member of the Kutztown University Men's lacrosse team. When it comes to physics, I specialize in Thermodynamics and Statistical Mechanics, as well as aspects of Quantum Mechanics and Information Theory. Currently, I am investigating the correlations between normative ethical theories and their statistical nature, such as the entropic properties of their descriptions and how to approach evaluating the ethical nature of an act without a set ethical theory using the correlations observed. I am also working on a hypothesis relevant to the Many Worlds Interpretation of Quantum Mechanics that aims to describe flat rotation curves (i.e. dark matter) as a consequence of the wave nature of matter (mind you this is in its infancy). If you have any questions concerning physics, math, philosophy, science, or questions of that nature, feel free to ask :)

Art has been a serious hobby of mine since I first started freshman year of high school. Of my creations, RESIST remains the most intimate story that I constantly update and revisit over the years, and the most recent rewrite endeavors seem very fruitful. In the future, I hope to one day prepare a script for it (hopefully for both a videogame and a movie) and help accelerate the rise of the rather untapped genre of xenofiction. RESIST chronicles the events following the creation of a teleportation device that is capable of transporting objects between parallel universes. The main plot focuses on an alien race living in one of these parallel wolrds on a distant planet (not Earth), and how they struggle to maintain order when a band of mysterious humans inadvertently plant the seeds to the Formics' destruction. Running themes include: humanism, eternal life, foreign intervention, clashing ethical models, and technological advancement (singularity included).

As for other projects, I am currently working on a first publication titled March of Life, which I hope to get published by the end of the year if possible. March of Life is a science fiction contemplative novella/novel that has aspects of romanticism, tragedy, and suspense. Another project I am undertaking is titled Robotik, a scifi action/suspense drama that takes place in the later 21st century when mechanical exosuits are a standard weapon for developed nations. Details on Robotik are being kept under wraps for protective purposes. Finally, my most fruitful project other than resist is a screenplay titled 7th Kingdom, which encompasses a group of animal mask donning vigilantes retaking New York City from the growing organized crime rings. "The Owl" and "The Raccoon" are featured in my submissions.

A lot of my inspiration comes from artists like Hannah Taylor (Vaerthe), Nebezial, Sythgara, Von Verrikan, Chillchell, Grush (that whole amazing Turian gang to be honest :D), and the most wonderful perfect hoo, Lauren Cassel (Sparkythebadger; I call owls "hoos", get over it :P), and I want to thank them all for being such awesome people!

Most recent: The Grand Architect 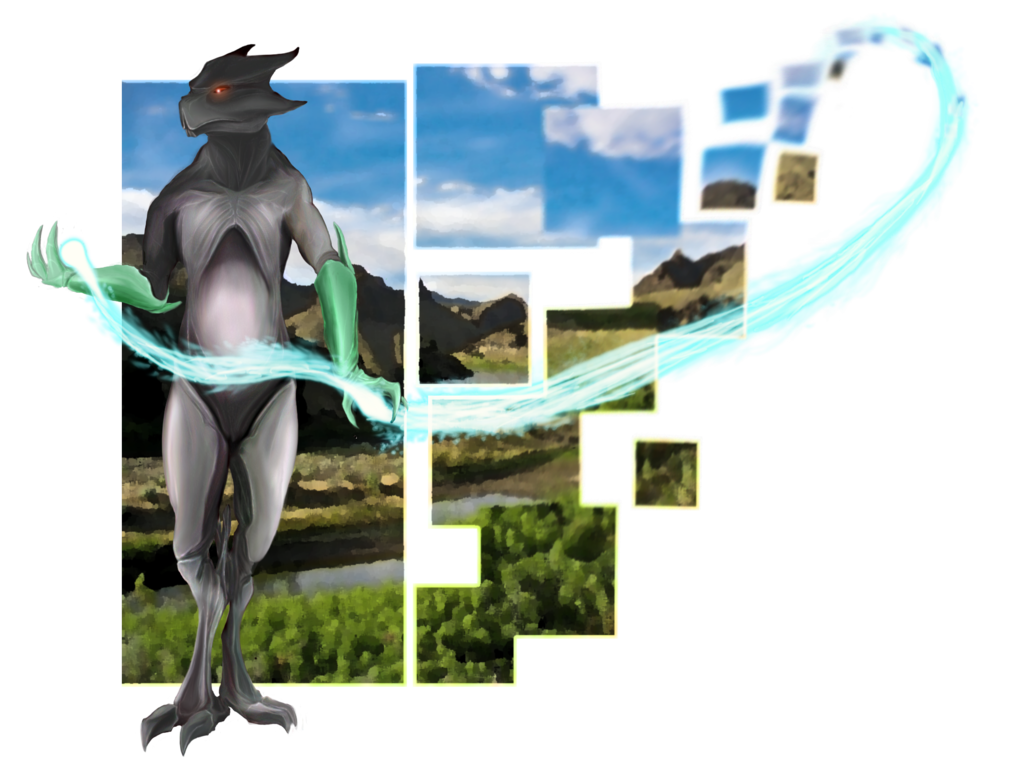 Waiting on 3 short works to be accepted/denied for publication, one being a one-act play, and the others flash fiction. The former was submitted to the Shoofly Literary Magazine as a drama submission, while the others are being submitted to Daily Science Fiction Magazine among others possible markets. I am trying to ease my way into the xenofiction genre, hopefully dragging publishers into it with me (think of it like tricking them into giving it a chance).

Didymium - (drama) a humanist and misanthropic alien have an eventful discussion (approx. 2,500 words with stage direction)

Schrodinger's Loop - (flash; scifi) an ailing scientist and his grandson struggle to save themselves from the prison of spacetime (approx. 1,100 words)

Bionic - (flash; scifi) a robot tries to grapple with its human qualities, or maybe reveals the inhuman qualities of its master (you be the judge; approx. 1,000 words)

All rates are based upon an estimation of time, floored with the minimum wage salary in the United States ($7.25 / hr) with exception to a few categories that are floored at a lower salary (less than $7.25 / hr). Detailed sketches and artwork are those that require a broad spectrum of graphite (2H - 6B) and layering, both medias focusing on small details and textures. Because of the tedious nature of these commissions, they vary immensely in time required, hence a broad range of prices with no ceiling.

I have done a lot in digital typography, logos, and titles, and I have done a lot of District 9 fan art. Such logos and titles are for non-commercial use, unless provided permission otherwise (don't be afraid to contact me). Prices are also negotiable, so don't be shy! :)