Neon and argon and ZX-Spectrum are the beauts.

I'm Bako_Ikaporamee from elsewhere, and I mostly made this account to watch some peeps that migrated here. That is all.

Most recent: Till a Flayer Ate Her Brain 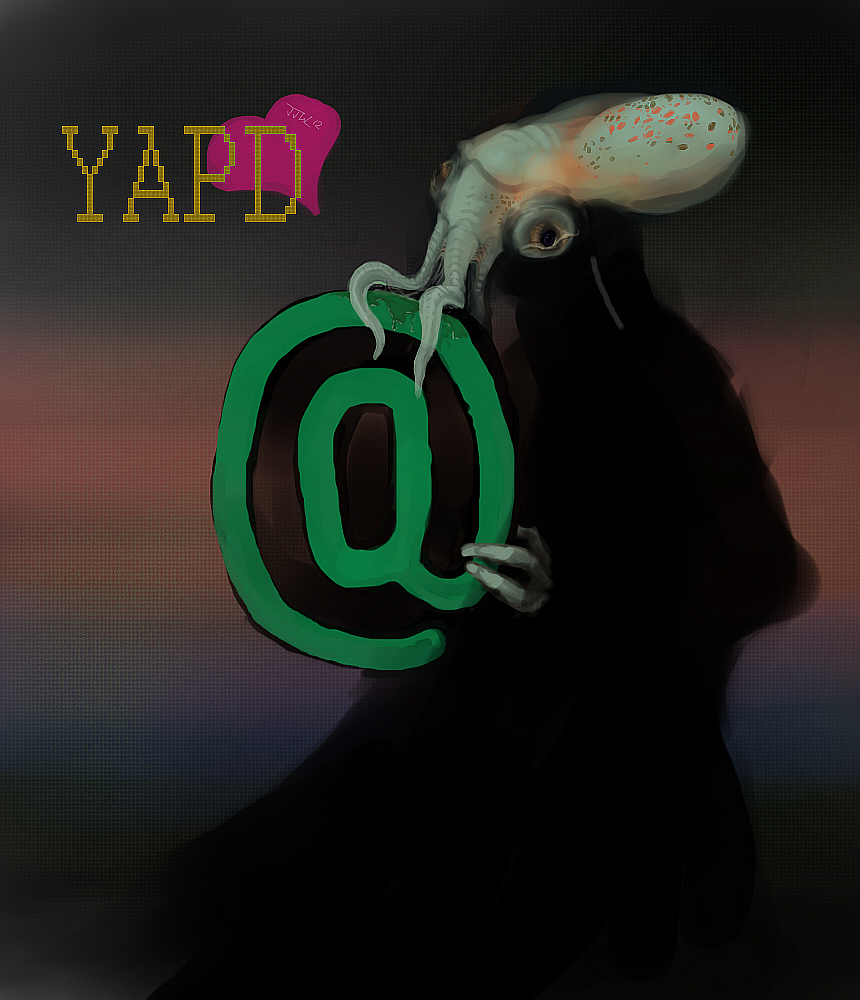 Google+
only for D&D
Skype
Ask and ye shall recieve

Perhaps it is the gently warming days as spring finally finds this windy prairie, and the loosening pressure of a long winter finally sighing way, or merely a show of the city's mettle, but I figured some might find fun with this. Below is a list of things I've witnessed, here and there, after many work shifts have ended at 2AM.

Last month I met an Irishman on my ritualistic sojourn to the Mac's convenience shop. At first he was little but a whistling voice out of sight; some man I thought calling his dog. As I continued further he kept at it, till I looked back, thinking some mongrel was in my steps. Quite the opposite really: a wiry and crestfallen fellow, asking if I'd a cigarette to spare, which I didn't. Then he asked if I wouldn't mind him walking with me, asking if I was going to the shop. Being the country sort I am, pleasured his request, of which further down the street we encountered another man on his porch. Soon enough this fellow was called over to us and some cigarettes given and lit, with pleasantries exchanged. As we continued further he explained his sorry affair, of the sort of wife one would expect in a place like this, a gold-digger, and a divorce. Both of us here for a year, and neither the richer for it, we empathized.

At the door of the place we found it locked and a sign promising return, so we mulled about, as he continued his story, of his brother in Ireland, his empty pockets, and the road still left to walk. After the clerk let us in we bought our petty things, me a tart, and he a convenience store orange, then he shook my hand, spoke "see you on the other side", then down the highway under the yellow moon.

Some days after, on my way to work, a disheveled man stopped me shortly before entering the shop of substance I maintain. Digging around in his jacket he asked if I would buy him booze, as he was kicked out. Not meaning to make him the fool, I none-the-less pulled open my jacket, revealing the polo of my Order before shrugging and entering.

With clockwork precision, an older fellow would stand beneath our living room window to smoke a blunt. Now, we two open the window to air out the stale stuff, not to sniff skunk. A few weeks ago we filled a spare magnum XL condom with the most suggestive-looking of shampoo conditioners at hand, and bombed the man. And it hasn't been a day yet that he has returned.

Last week a small, black car slowed to idling on its way past me, wherein the driver honked obnoxiously and each window went down enough for four birds to be flipped before the car flitted off.

This very morning in front of my apartment lobby, on the lawn, were a man and woman participating in sex, with the woman naked save a bra doing the bridge for the man wearing a dinner suit. Several feet away two others were dry humping on the landing, all hooting at blind, ol' dinosaur shirt and yellow headphones me. I continued past around the building to the side entrance, and there, quickly up the stairs toward my door. As I went through, several people could be heard clambering up the main stairs, so I quietly locked up and watched from the spy eye, and to my amazement, the naked lady, and man: my neighbors, and two guests, as they noisily retreated behind their own door! Now I have suspicions that every time the man has a party, which is often, that they are indeed sexy parties.

These are but the few events I can recall of this year so far. Have any of you lot your own encounters worth sharing?