I am a freelance digital artist specializing in illustrations, animation, flash based web design, and graphic design. My interests outside of being a furry include, High end Audio, Composing Music, carpentry, writing short stories, discussing local urban developments. I have known about the furry fandom since the early 90's and finally became an active part of the community in Oct. 2007. I had my ups and downs with furry. But that has never dampen my enthusiasm to be furry and contribute content to this unique fandom in the form of art.

Tamias the Chipmunk (Full Name Tamias Orenberg), is a clever chipmunk backed up by his wit. He is peace loving by nature with a complex personality shaped by a not fully understood past and a forgotten childhood. As the Cheiftain of the Chipmunk Kingdom he is faced with the daunting task of being the spiritual leader of the kingdom and being at the forefront of the battle to stave off increasing threats posed by a villainous organization known as the HSO. Tamias is every bit a chipmunk a specie that seems to fit my own personality. That alone make Tamias my primary fursona. As such he serves three functions. First and foremost he is my avatar embodying my online presence. Secondly he is my primary roll play character, and third he is the starring character in the Chipmunk Kingdom storyline a pet project I have been tinkering with for many years. Here's a complete profile of Tamias http://thechipmunkkingdom.wikia.com.....amias_Orenberg

Bri the Raccoon (Full Name: Brian Hunter) is full of mischief and is the ubiquitous troublemaker who loves to play tricks and pranks on others. His sly and charismatic personality gets him into trouble as much as it gets him out of it. Like many raccoons, he wields strong empathic powers through his hands meaning he can sense the residual emotions instilled into any object he touches. In addition he can sense others' true feelings and emotions simply by touching them. Bri is a fun character I've toyed with for a number of years and I have voiced in an animation short featuring this character. Bri allot of fun to work with so he makes a very good choice as my secondary fursona. 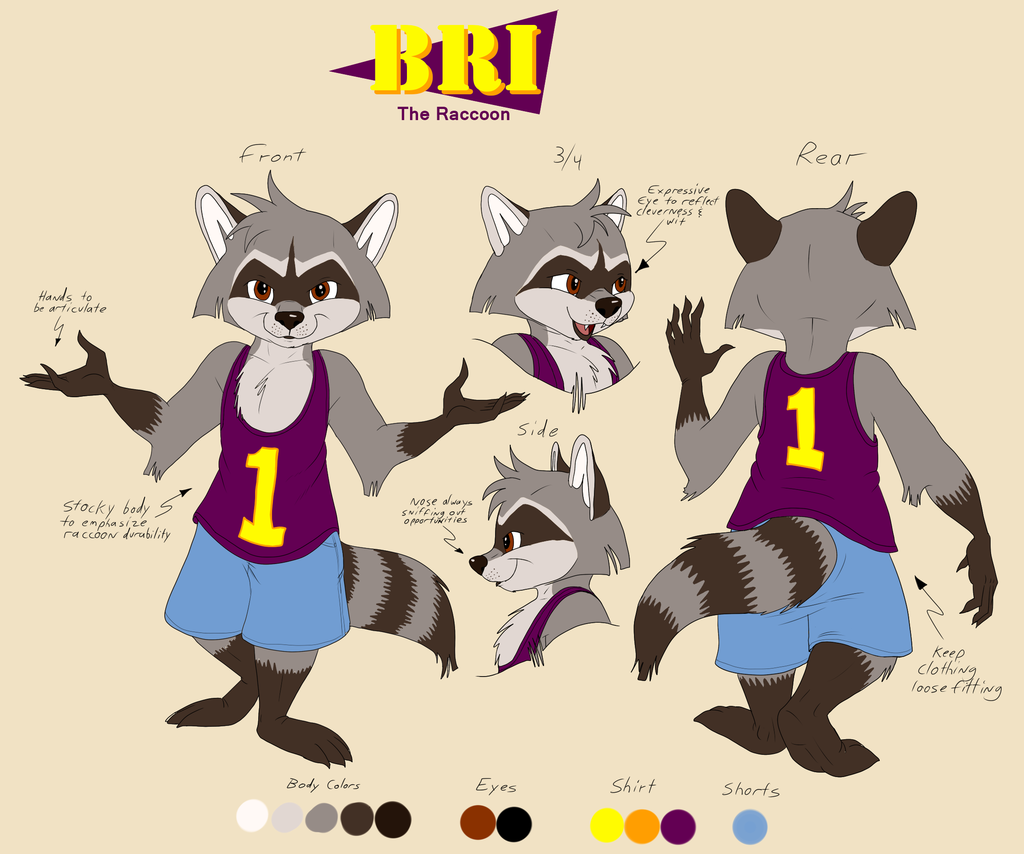 Well got all my latest stuff uploaded so now to take a breather. Next on the Agendia will be to open an account on SOfurry and art dump there too. Once that is done I will have expanded my presence to cover Fur Affinity, Inkbunny, Devientart, this site, and Sofurry. This should give my art some nice exposure