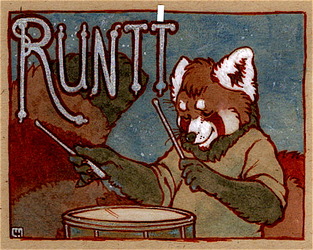 Who Painted The Kitten????

Hi there! Thanks for looking.

My name is Runtt, I am a musician, fursuiter and comic writer. I am currently playing drums, penny whistle and singing backing vocals for geek, piano rocker Matthew Ebel. Look him up here on Weasyl:

or go to his site:

You'll be able to find us at various conventions rocking out on the main stage.

My comics are "Life In The Co-Op" ( Collab between me and Diman) and "Tales From The Co-Op" (Features various artists). You can find them here:

You can also see me fursuiting at various conventions as well. I'm the red panda with a bamboo motif yakuta, rainbow ear rings and sometimes wearing a Mad Hatter top hat or playing an over-the-shoulder bongo. 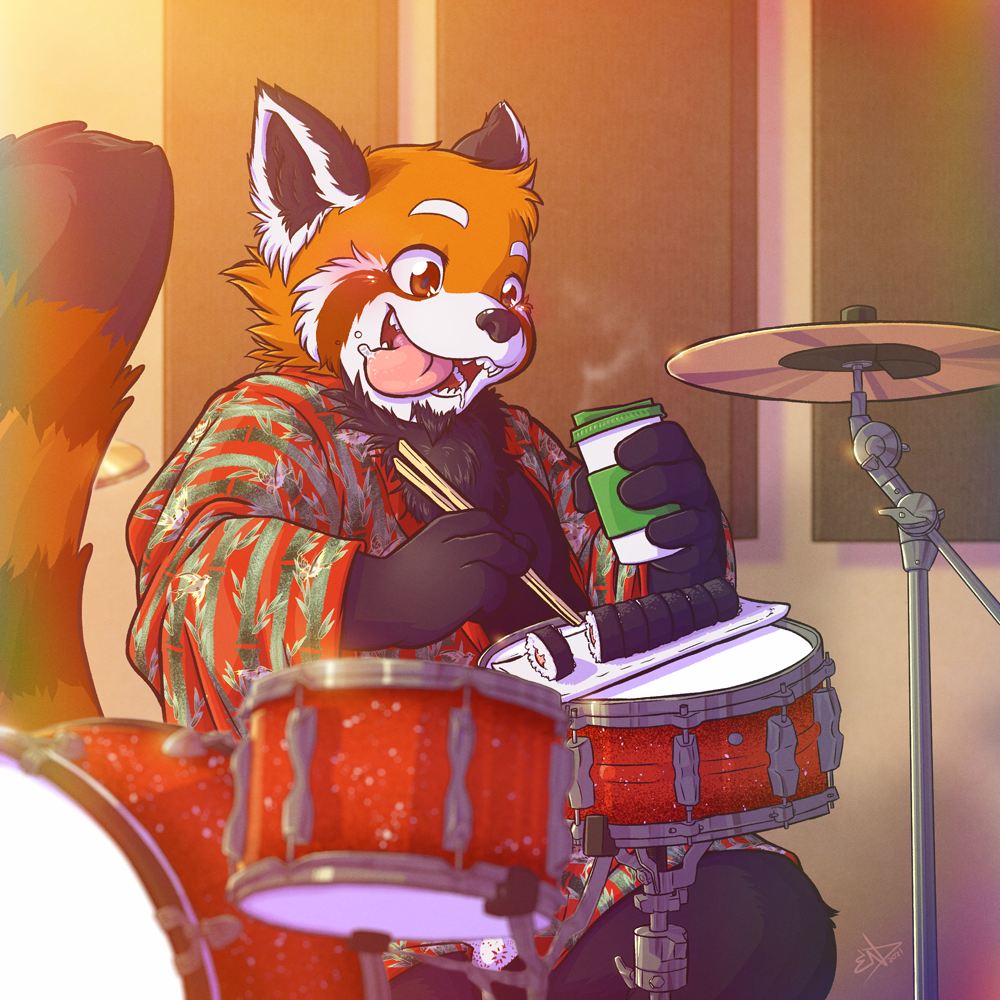 1st Song In The Mixing Stage.

My friend and former band mate, Rowan Bishop, owner and operator of Garage Mahal Recording Studio is, right now, mixing the the first completed song of the solo album I'm working on. A cover of Utopia's, "One World", featuring me on drums, keyboard, lead vocals and guitar, the amazing Pepper Coyote tag teaming lead vocals and singing all backing vocals, the equally super talented Rhubarb The Bear who can play EVERYTHING, on bass and a guitar solo by another great musician, who, along with Rhubarb, will be part of the fursuit band I'm putting together, Chal Lizard.

If I didn't have a gig today, I'd be locked in the basement recording more tracks. I have 7 complete songs, waiting on parts from other players, a sketch I'm working on and a possible re-working of an old tune I had played with several former bands. My creative juices are flowing, and this is the motivation I need to get things DONE. Can't wait to hear it. Should have a first draft by mid week.