Bird One used to be just a man, but a very old one. As he grew older, vital functions began to fail: He lost the ability to hope and, with it, the ability to dream. His eyes began to fail, so all he could see was darkness and fear. His hearing faded to a point where every new song only sounded “not as good as music used to be.”

All of this took a toll on his heart, until eventually that too threatened to break.

One day, when it seemed he would finally just wither and turn to dust, he was given a great gift. He was rebuilt, piece by piece… the broken parts replaced, the damaged parts repaired. Now he isn’t entirely a man, but not entirely a machine either.

He is simply Avian Invasion, and all he can see now is hope. 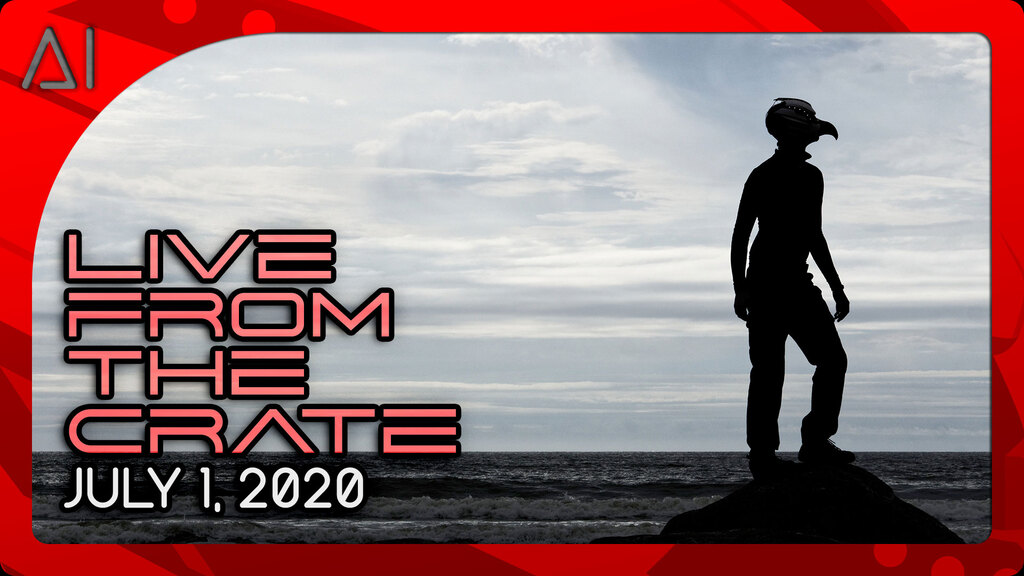 Here we are, still debating whether or not the plague is a politically-motivated hoax and whether or not people of color are… yaknow, people. This was not the 2020 Gene Roddenberry promised us. I suppose as long as we don’t get the future Galactica 1980 promised us, we’ll call it even.

Since I refuse to fall into the clickbaity “10 Things You Can Do In Lockdown” style of posting, why don’t we share one thing we’re doing with ourselves these days? (No, not that, pervert.) I’ll start: In a word, my answer is simplification.

I’ve always felt that there are two kinds of people out there: Checklist people and Burning Man people. I’m solidly one of the former, tho a lot of my friends are in the latter literal camp. Those friends function well amid chaos– impulse driven, right-brained, free-spirited. I’ve seen people flourish amid fluid guidelines and plans.

I’ve mentioned before that art and creation, to me, is all an effort to solve some big equation. Taking that concept a step further, how about this: It’s more satisfying to me to tinker with the procedure that creates the art than it is to tinker with the art itself.

Lemme back that up a bit… Every song I release is like a lump of clay that has to be molded into a sculpture. Rather than get my hands dirty squishing the clay itself, I’m far more inclined to machine some kind of mold. Technical, procedural, not “this doesn’t look right so I’ll adjust it a little.” There’s something satisfying about a process that just works. Reliably. Repeatedly.

I don’t want a hit song that’s accidental, I want it to be the result of a method. As with everything else, I want the system to create positive results every time. And if the results don’t work, it’s better to fix the system than just patch up the problem areas.

To that end, I’ve been trying to cut the chaos from my life. As a self-employed artist, every morning is chaos if you don’t have a procedure. Every morning I stare at my screen with a sense of “what the fuck do I do now?”

Okay, so… that’s probably how most of you feel as well. But most of you have a boss that can answer that question to some degree or another.

Right now I am working on the Procedure of My Life. Identifying bad habits, inefficiencies, and time-wasters, and eliminating them. More than anything else, I’m trying to distill the strongest spirits from the chaotic mash of my daily routine.

Einstein knew a simple equation was the ultimate goal, maybe that’s why he was a genius.

If this pandemic has given me nothing else, it’s an opportunity to reorganize and prioritize and work on the procedure that drives my life. It’s time to fix the system and stop reacting to symptoms. So while I’m busy reprogramming Bird One, what are you doing?

Songs would be licensed for nonprofit use (meaning you can post stuff on your profile, your website, to YouTube, etc., but can't use it for your company's commercials or your movie soundtrack). Lyrics aren't going to be included, but they may pop up if the inspiration strikes.