It could be worse. It could Always be worse.

Creator of Biff the Vampire. 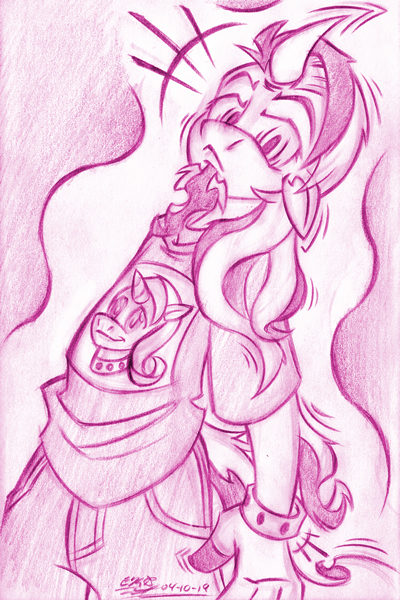 This last quarter was fairly good. I got some projects done that have needed doing. Stuff like basic website maintenance and cleaning up my actual living space so my toes don't automagically find a misplaced piece of tech when I move away from my work desks. I even went in a did some cleaning of my main system since I noticed it's temps had started spiking pretty bad. Replaced my old stock AMD heatsink (circa 2013) with a New stock AMD Wraith heatsink (circa 2016). Generally, stock heatsinks are terrible. Seems AMD finally learned this and made their newer ones both pretty and worth using.
Another fun AMD Heatsink Fact I learned while searching: AMD kept the same basic CPU/APU footprint for years. I think they only just recently changed it with the higher end Ryzen chips. REALLY wanted to scoop that RGB-lit Wraith Spire, though.

On the "Relaxing" part... yeah? I've hit up a few movies. Stepped away from the comic when I really needed to instead of trying to force my way through. Worked on some computers. Drew some fun graphics and some non-Biff related stuff. Some of this might sound no different than the work I normally do but I assure you it was done to relax. I didn't need to update my oldest laptops or see if my G3 Blue and White would still boot but it felt good to dabble with them again. I didn't need to update the designs on my products but it was nice to apply new knowledge to old projects without a deadline hanging over my head. I even picked a bit more at some digital pics just sitting on my phone which I should probably get around to finishing.
It was work in a sense. It was just work that I could do free from a deadline or a heavy amount of stress.

Now to keep that ball rolling...

I still have a backlog - including a LONG Overdue commission for a friend - that needs doing: Two things that are Biff related, one thing that Biff-adjacent and one that also doubles as relaxing (hint: It involves a new GPU and possibly a new PSU). I also want to just hit up an event. I missed ConnectiCon 'cause I lost track of time. I really want to try for one of the newer cons in state that are coming up soon. Recharge the ol' batteries by diving into a crowd of comic folks. = )