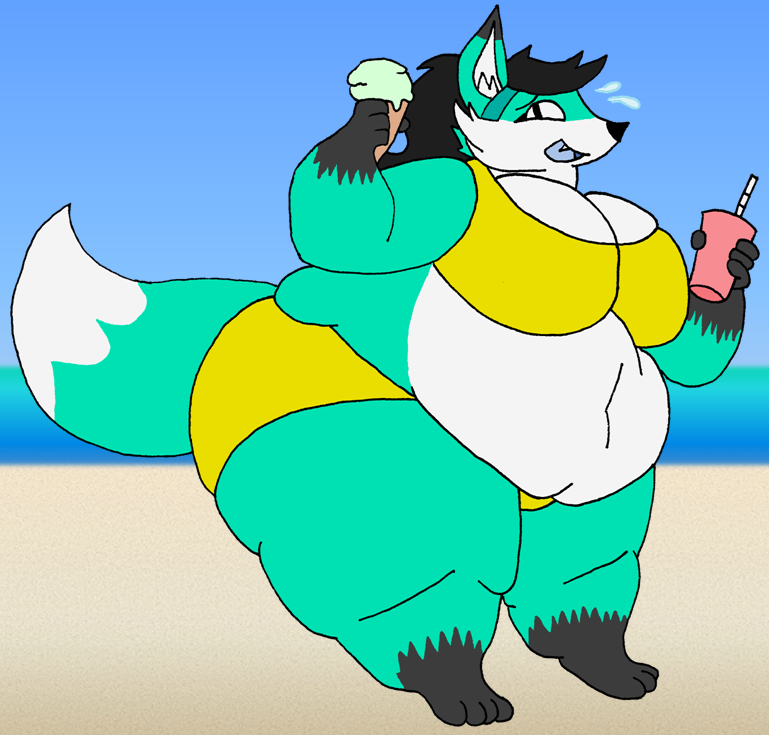 GETTING TO KNOW ME, GETTING TO FEEL FREE AND EASY

What's your real name?
John BUT that sounds weird and I prefer Pang. Call me John when you want super real talk!!!

Names you go by?
Panglong BUT friends at school called me J-Dog so you might see that as well!!!

How old do you feel/act?
I am pretty introverted IRL but can't stop talking about gross things online and sometimes feel like I come across as a manchild <:3

How tall are you?
6 feet, give or take a few millimeters.

What's your natural hair color?
I used to be brightly blonde until my teens, but now my hair is kind of a real dirty blonde

What's your orientation?
IRL I am only attracted to ladies but when it comes to fat animal people I like both sexes, haha! There are some dudes who come across as 'cute' in a nonsexual way I guess...

Are you single, taken or undecided?
TAKEN but I have yet to meet them IRL and it sometimes feels odd, seeing as its my first time in love <:3

What do you do in your spare time?
Ramble on Skype, fap, surf the net randomly, occasionally draw stuff, fap, watch cartoons online, write ideas for stories that often go nowhere, eat whole jars of chocolate spread and fap. I am the grossest person alive.

What's your job or occupation?
I'm a university student and don't really know what I want to do in the future. Maybe something in a museum or a zoo.

What do you like about yourself?
That I have somehow survived for this long doing the stuff I do

What do you dislike about yourself?
I sometimes treat online friends like my local friends. Me and my IRL friends used make fun of the things we're into and I've realized that not everyone likes their stuff being laughed at and I FORGET. I also sometimes wish I had made the effort to apply my creativity to things or learn an instrument. I seem to be subconsciously lazy and do the bare minimum just to get by.

What did your friends notice about you when they first met you?
I don't make an impact on people IRL but online people noticed I liked fats :3c

What is your belief/religion if you believe in anything at all?
I sometimes feel embarrassed to call myself an atheist, seeing how they behave on the internet around religious people. I respect all religions unless their practices are actually harmful. Since I am studying zoology, creationists can be a bit annoying to me BUT thinking the world was made in such a small time isn't harming anyone and its still a miracle weather the world was made in 7 days or 7 gazillion days. I sort of roughly believe in karma because it motivates me to be a nice person, so if there is a God judging me I don't think he'd be too mad if I didn't think about him! The universe is a huge place so even the unexpected can be possible.

Do you drink?
I never acquired a taste due to being a huge baby who didn't like fizzy drinks. I don't find the taste of most beer and it baffles me as to why people force themselves to drink it just to be sociable. I do often like some of the sweet alcohols, like the kind you serve in a tiny glass. They taste nice and I do like to feel a little giddy.

Do you smoke?
Nope, but it's okay if you do!

What are your major fears?
Dying suddenly, without the time to say goodbye. I love the internet and would hate to be isolated from it permanently somehow. Becoming deaf or blind or BOTH would probably be the worst case scenario next to dying for me. I would also hate my parents discovering what I'm into online, mostly because I'd have to explain it and I am awful at explaining stuff IRL.

Do you have any dreams or goals?
I just want to live my life doing anything that makes me happy. I don't want to have kids and there aren't any contributions I want to give to society. MY DREAM is to have a machine that prints images directly from your imagination though. That would be rad.

Have you ever had a crush or an ex?
One of my earliest school memories was crying after a girl in my class said she wouldn't marry me!

Who's your best buddy?
I like all my friends!!!

What's your favorite dish?
All my favorite dishes are pretty sweet tasting for main courses! I like lots of deserts too. One of my top things to have are Japanese style curries though!

What's your favorite drink?
I like fruit juices! I often go for the ones that are orange colored BUT are actually mash ups of different tropical fruits. I also loooooove milkshakes :3c

What's your favorite color?
I like unusual shades of blue! Neutral colors are nice too.

If you had a super power, what would it be?
It would be awesome to shape shift or become part of a Sentai squad :3c

What's your favorite movie?
REALLY UNSURE! I have a lot of favorite films and they'd probably all occupy first place. So many genres makes it hard to compare them.

What's your least favorite food?
Anything with gravy, tough and rubbery almost tasteless meat, mashed potatoes. Stuff that looks like its already been eaten! Seeing crisps in a bowl is gross to me too somehow.

What do you drive and what would you really like to drive?
I don't drive because I don't think I'm the right person to be behind the wheel! I don't like being in charge of things, especially motorized vehicles and trying to carry passengers safely. If the controls are simple, I'd really love to have a submarine that is also a spaceship that can go anywhere.

What is your most disliked bug?
All animals are precious babies just going by their instincts! However I avoid mosquitoes and if there's a housefly in the room I try to get it out because the buzzing can be annoying.

What pet peeves do you dislike the most?
People who immediately assume things, people who stand up to racists/general jerks etc with the excuse 'freedom of speech, guys!!!!'. I'm not a political thinking person but people who rant about politics a lot can be a bit annoying, especially when they argue with each other!

What do you dislike in life?
Random stuff happening to me that makes me sad :C

What do you like about life?
The beauty of nature!!!