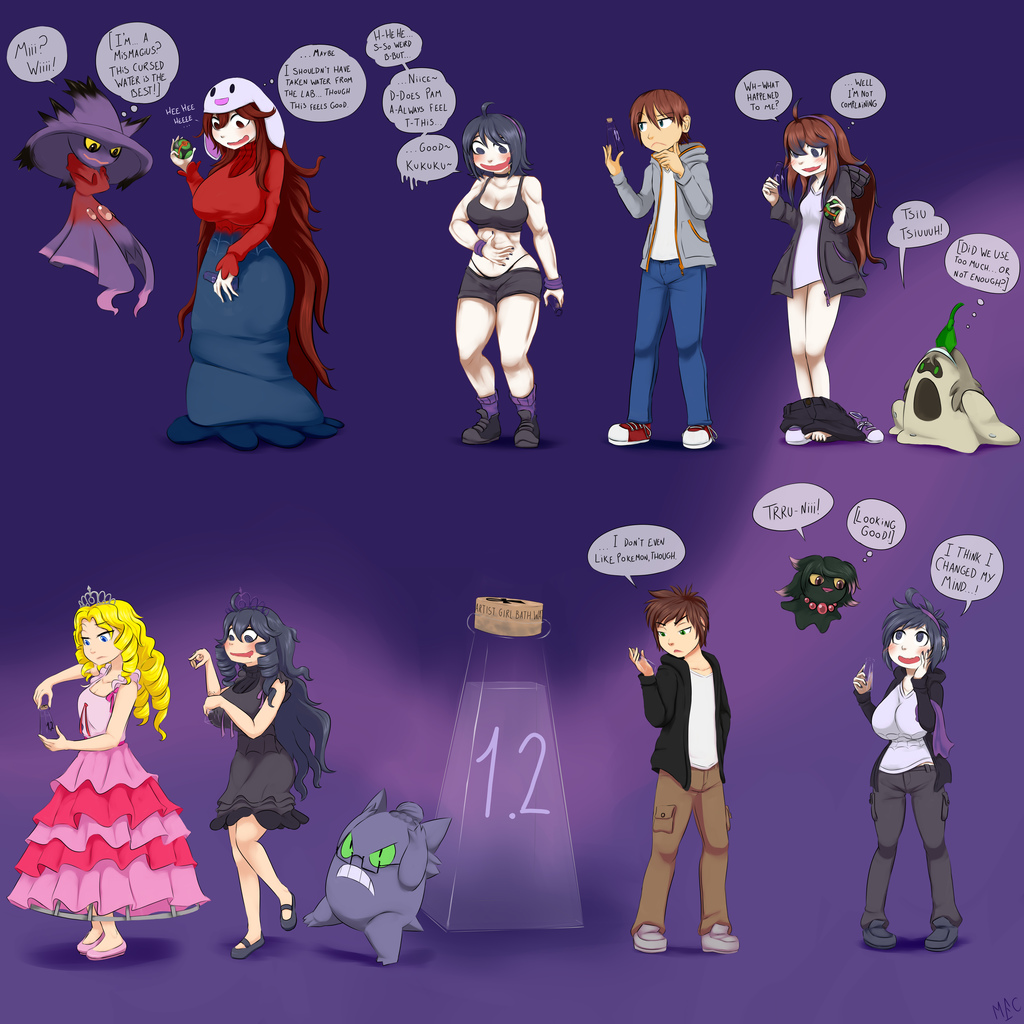 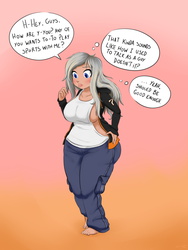 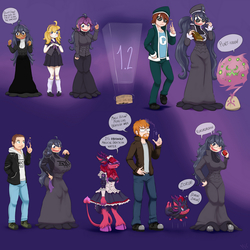 The third of the AGW Event Sets, the first one being Twinning and the second one Nerdification. This one, well, kind of Twinning, into the occult crazed Ghost-Type enthusiast, Hex Maniac. So quite a bit of crazed eyes, pale skins, ahoges and drooly expressions :y

I had this event in mind for quite a while, and TheUrbanLegend52 helped out with the testing, like the previous one.

The event also included pokemonification, since of course as a trainer of the occult she HAD to have ghost (For the most part) type pokemons.

As it's been often happening with these events I had to divide them into two canvases.

1º SomariaMoon seems to have gotten too curious for her good, but well, she is taking it quite well ^^ (Plus she's got huge boobs with the deal, she can't really complain) AllenWalker88 got turned into Soma's Mismagius, and is also quite happy with the outcome, everyone happy and ghost crazed then! All's well that ends well :V

3º Seething-Snorlax stopped eating grayons for a moment and got into spooky AGW instead :V kind of a little one, her pants don't fit anymore, absolute cute :V Redmond17's Sandy Reswald turned, fittingly, into her Sandygast, is she okay with the change though? I don't know if Sandygasts are capable of smiling.

4º Kachopper9000's Princess Caelia is now a spooky princess Hex Maniac! She kept her drills hairdo and all (and gained a noticeable amount in the chest area) Again Redmond17 adds a pokemonified character to this one, this time being Brittany Reswald (Sandy's older sister), turned into a Gengar, she's trying to reach her hairbun, but Gengar's arms are simply not long enough for that :y

5º The flask of AGW 1.2, right in the middle. This time a different design on the bottle, had to go with something slightly "spookier".

6º DismalDetractor has once again falled victim to a version of AGW, going from not even liking Pokemon to being outright in love with them, she also has huge breasts now, oh god, is seems to come with the deal :3c Redmond17's Feminized form, Mona, is now a Misdreavus, and she's also quite happy with the change.