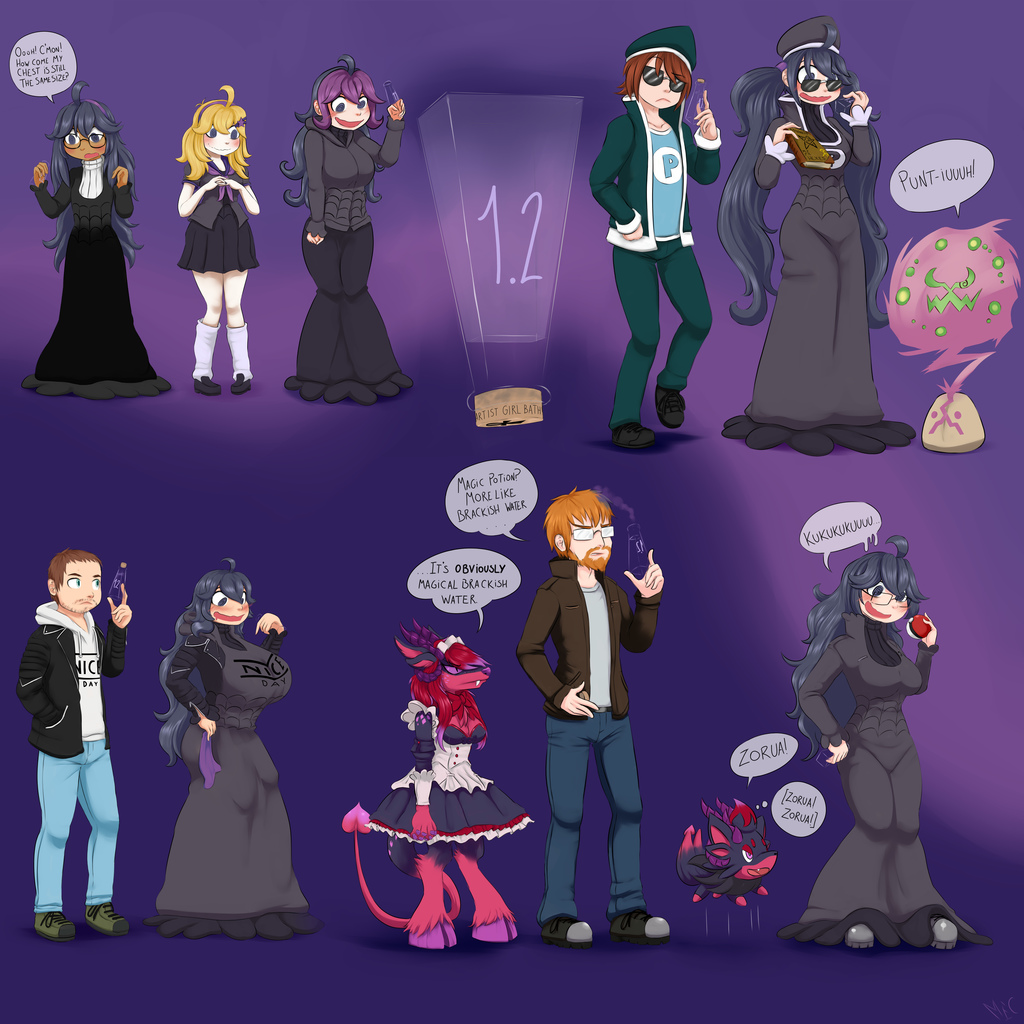 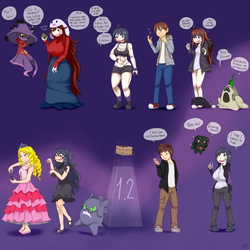 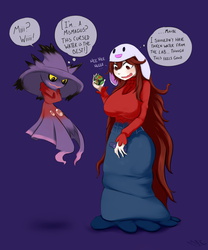 And the second canvas for the new sketch stream event, Hex Maniacation :V

The third of the AGW Event Sets, the first one being Twinning and the second one Nerdification. This one, again more or less twinning, into the occult crazed Ghost-Type enthusiast, Hex Maniac.

I had this event in mind for quite a while, and TheUrbanLegend52 helped out with the testing, like the previous one.

The event also included pokemonification, since of course as a trainer of the occult she HAD to have ghost (For the most part) type pokemons.

1º LyhokoLeaci's Yue got Hex Maniacked first in this canvas, but oooooooooh, the poor thing didn't get a huge rack like others did >3< kind of fitting that she'd be the only not smiling.
2º Osakatan's OC avatar Kasaotan ended up as a blonde Hex Maniac! That's a first, not saying much, makes me wonder what's going through her head :y
3º buck3 is next up! Keeping the purple hairdo from her Bimbo form. Kinda makes her look like Yakui.
4º The flask of AGW 1.2, right in the middle. This time a different design on the bottle, had to go with something slightly "spookier". You may notice there's something spookily odd about this flask when you compare it with the previous canvas.
5º lordtombond's Pokemon Trainer OC got turned next! Keeping the sunglasses, hat and some of the outfit's elements, but also gaining some huuuuge twintails and a Spiritomb, the only Pokemon in this Batch that wasn't a pokemonified character before :y
6º XXLPlakat turned into a... Oh god look at dem bo-! Ehrm... Turned into a very well gifted Hex Maniac, again keeping some details of the clothes he was wearing as male.

7º IrateResearchers is last on the canvas! Xavier underestimated the powers of spooky AGW 1.2, and got turned into a giggling Hex because of it, the demoness beside him is synnymon's very own Pyruvic, who seems to be there quite clearly against her will, I wouldn't put past Xavier to have summoned and enslaved her somehow. Whatever the case, she wasn't underestimating the AGW, but got turned into a happy half demon Zorua because of it, seemingly completely transformed as her thoughts don't indicate her previous self is still in there. Only case of non Ghost-Type in this batch. Fitting that it happened to a demon maybe?