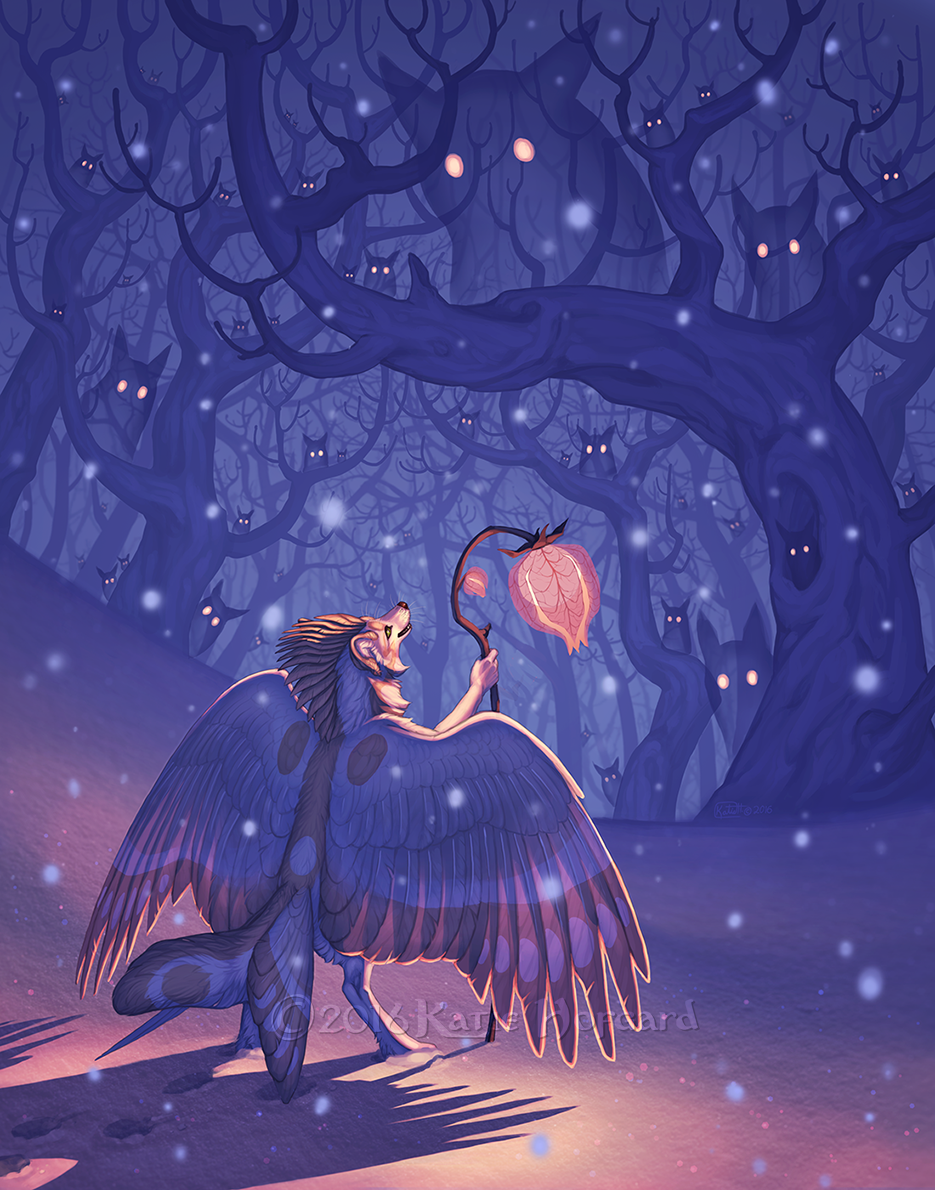 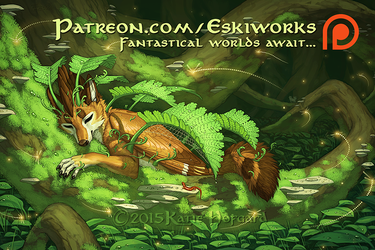 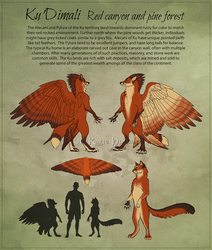 "There was the light crunch of snow under Nym's paws. It seemed to be the only sound, as the soft curtain of falling fluff muffled most sounds in these woods. Though surely there weren't many, what with most creatures having migrated, hibernated, and those remaining spending their time moving silently among the bare trees in the cold. Nym's keen pointed ears would have picked up any animal movement would there be any.

She was out on a long mission alone. Over her familiar home land of Ku, into the neighboring lands of the Noc. With very little to burden her long daytime flights and night time walks, she lived off the land as she went. She fished in streams, pilfered the occasional squirrel cache, and found plenty of winter berries to sate her hunger. This path had been planted with the kinds of berries Alecani found favorable; a hardy small fruit with a tough leathery skin that lasted well in the cold. Couriers before her had hidden various supply packs, which she occasionally took advantage of. A few nights ago she befriended some Pylura of Noc'Dimali, and they shared their campfire and a stout cup of barley black tea. The warmth of the camp and the company of the dark cats was welcome. Now, it was only Nym's thick winter coat keeping her warm.

The soft low light of her leafy lantern cast before her, she carefully plodded her way among the dark trees. She dare not fly this late at night, she didn't quite have the night vision that the Alecani of Noc'Dimali possessed. She was alone in the night, the relentless sound of her steps in the snow all to keep her company. Yet, a creeping sense of presence made it's way into her bones, cold like the land around her. She stopped, flicked her ears forward, and raised her nose to sniff the chilled air. No sound, no animal scents...

A pair of eyes peered back from the treetops. Nym froze, unsure of what kind of creature those eyes might belong to. Through the tingling sensation of uncertainty, she remembered her manners. She made sure both her hands could be seen, and she sang a soft short greeting of peace in the lilting Alecani tongue. The moment after lasted a hair's breadth too long for her comfort. Yet suddenly, the cold sensation washed away, replaced by a wave of brief warmth. The trees lit up the eyes of many spirits, as they all turned their attention to the little foreign Alecani in their woods. Nym was left with a sense of awe. Oh, how many there were! What a wonderful surprise to see so many spirits in the dead of winter, this forest must be healthy and thriving. She would have to come back in spring to see what it was like in full swing.

Nym traveled the rest of the night in the company of these silent new friends, her footsteps in the snow no longer a lonely sound."

This illustration was created with the support of my Patrons! I have a set of exclusive WIPs for patrons on my Patreon, as well as a lot of behind the scenes TeaFeather’s development.