Hi there! I'm Darkness Falls, a werewolf from the U.K. I've been involved in the furry fandom since the start of 2005, and it's my very great pleasure to say I've met some of the best and most amazing people I've ever known through it. I do a little bit of everything - drawing, painting, writing, music - but I'll probably be a little slow to upload stuff, as a fair amount of what I draw is done for other people, and I prefer not to upload them without their permission. This page is currently under construction; more stuff will be uploaded and updated as I get round to it. 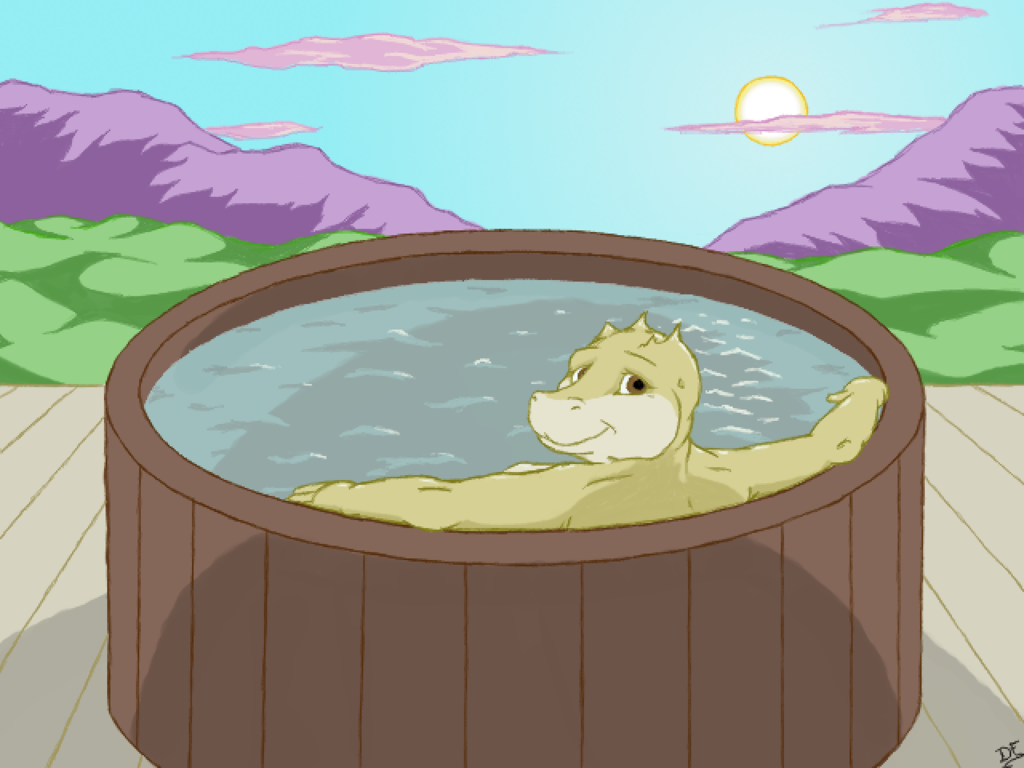 To update everyone as to why I'm nearly silent these days:

Three weeks ago I lost my job. The writing has been on the wall for the announcers for a while now, and they decided to start an argument with me less than a week after I got back from holiday in mid-November. They blamed me for not doing something that no other announcer would have done in my place; I felt that was unfair; the argument went on for a while, and in the end, I decided to resign and make it easier on everyone. Things had been going downhill there for a while, ever since I discovered they'd been paying me less than my contracted salary for two years, and it was unlikely things were ever going to get better. (As a side note, I am not the only person to be leaving their employ in similarly pressured circumstances.)

Two weeks ago, my car failed its MOT test. I was without it for five days, and it cost me just over £900 to have it fixed, which, when you're without a source of income, is a lot of money. (It's a lot of money anyway, but whatever.)

And when I got home on Saturday night, I discovered my faithful old laptop had finally given up the ghost. I spent most of yesterday buying a new laptop (another £700+ that I can't immediately replace) and trying to get it set up, but until I manage to install Ubuntu on it, I can't access any of my files, because Windows 10 doesn't recognise there's anything on my old hard drive when I plug it into the caddy I bought. (It says the old drive is 80% full, but it won't display the files because Ubuntu uses a different file type.) So I'm pretty hobbled here as well.

The end result of this is that my life seems to have fallen apart in the space of a few weeks with very little I could do about it. My family and friends have all been amazingly supportive, and that's really what's been getting me through lately, but my ability to make creative things and post them here is severely compromised until I can get the data back off my old hard drive. Still, I start my new job tomorrow, so we'll see how that goes.