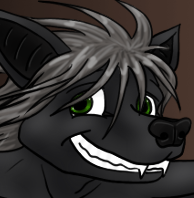 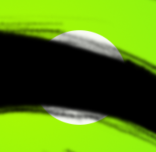 So I got myself a new microphone, and it's much more professional than my old one. I've been playing around with it to get used to it, and decided to record this. It's more challenging to make a song 'furry' than it is to do the same with artwork, but an attempt was made.

The animals took human skins, shed the beast that lies within
Sat around a table and they talked the night away
The game they played was a simple one but as the night drew on and on
Stakes grew higher and everybody started to lose their way
At least, that's how the story goes

The Stallion kings, they staked their gold but in the end were made to fold
By Wolves who said that a forest Stag had died to give them life
Seeing the Stag had just been eaten, the Squirrels feared that they were beaten
And though the Wolves had won the hand, it only brought them strife
At least, that's how the story goes

The Spiders claimed the Wolves had cheated and the Hyenas soon were treated
To an argument the likes of which they'd never seen before
"That's just the way the cards were dealt," claimed the Lion, but no-one really felt
As though he was giving them all the truth, which just enraged them more
At least, that's how the story goes

And so began the great revolt; the game came crashing to a halt
As animals of every species fought to have their say
And one, who always walked alone, sighed and felt the call of home
Stood up from the table and he turned and walked away
At least, that's how the story goes

The animals took human skins to hide the beast that lies within
But in the end it didn't work; they failed in their ploy
And outside, just as dawn was breaking, the Loner found a Stranger waiting
A man that he'd known all his life, and he smiled and leaped for joy
At least, that's how the story goes