I am a coyote. 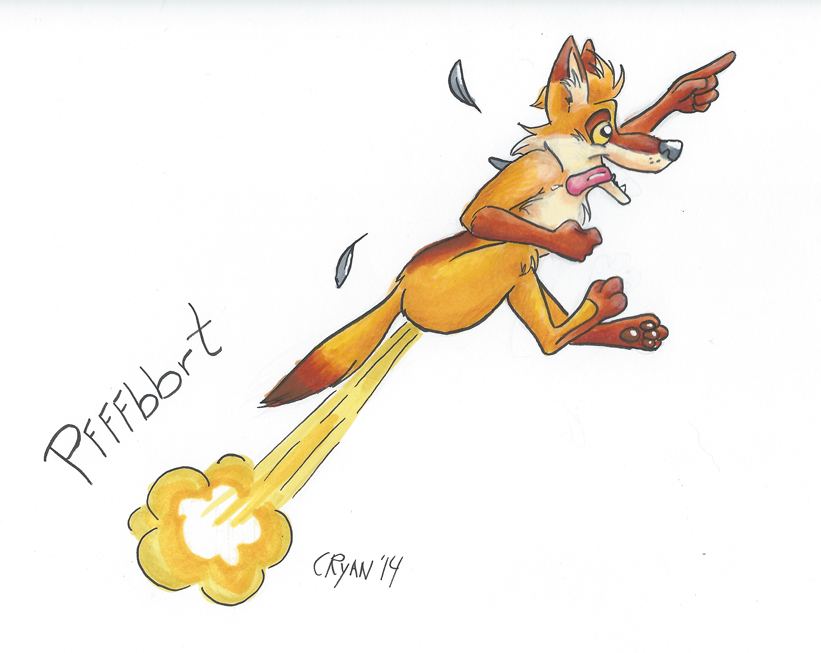 Get to know me!

Seems like the perfect meme to put at the start of my Weasyl adventure!

What's your real name?
Cynthia, but pretty much only my family and husband call me that. Mostly I go by Cyn.

Names you go by?
Coyote, but since Facebook decided that "Coyote" isn't a real name, people have taken to calling me Coy or "the Coy". I think both are really cute and they've grown on me.

How old do you feel/act?
I think I mostly act my age. I'm a mature adult with a full-time job, a husband, bills to pay, etc. During my fun times I can fit in with pretty much any age group I think.

What's your orientation?
Pansexual. I've been attracted to men, women, trans-men and trans-women.

Are you single, taken or undecided?
Married to a Monkey.

What do you do in your spare time?
I play video games, watch movies, write stories in my brain, draw, and sometimes I like to dress up as a giant animal and be adorable for the general public.

What's your job or occupation?
I work in admin/public relations.

What do you like about yourself?
I like my sense of humor, and my kind of weird, zen "don't give a fuck" attitude. I just... don't care what people think of me anymore (within reason) and it has improved my life by leaps and bounds.

What do you dislike about yourself?
My body and my teeth. I wish I were taller sometimes too.

What did your friends notice about you when they first met you?
I don't know. Maybe you guys can tell me!

What is your belief/religion if you believe in anything at all?
Spiritual skeptic. I guess you could call me agnostic? I'm REALLY skeptical though, so I don't buy in to like... homeopathy or herbalism or anything like that so don't bother.

Do you drink?
At least once a week. I'm a beer snob.

Do you smoke?
Yes, but only marijuana. If that is a problem, I suggest you unwatch me.

What are your major fears?
I don't like being alone in large crowds, heights, and I REALLY don't like flying. I have to be really doped up to feel comfortable on a plane. I think a lot of that is leftover anxiety from the HELL that is airports, though.

Do you have any dreams or goals?
Eventually build a house on a good 15-30 acres with gardens, chickens, and maybe a goat or two.

Do you have a crush or an ex?
I love my husband, but I can't say I haven't had crushes on others. I have several exes, but no ex-husbands or wives!

Who's your best buddy?
My husband. I've never been as comfortable around anyone. Aside from him, my best buddies Kristan, AirGuiTar, Dice, and many, many others.

What's your favorite dish?
It changes frequently. Right now it is tacos.

If you had a super power, what would it be?
Probably the ability to shape-shift into different animals. I can't pick just one, because it would be awesome to be like... EVERY animal.

What's your favorite movie?
Probably The Lion King. I'm pretty sure I can quote the entire thing, start to finish, songs included. I could probably like, hum the score in parts with no dialogue too.

What's your least favorite food?
I had baby octopus once at a Korean BBQ in Chicago, and it was like chewing on pencil erasers.

What's the last meal you want before you die?
I don't know, probably a really, REALLY nice craft beer.

What do you drive and what would you really like to drive?
I don't have a car. I think I would like some kind of small hatchback. Because we don't have or want kids and like... packing for cons would be super easy.

What is your most disliked bug?
Earwigs and silverfish and spiders.

What pet peeves do you dislike the most?
People who say that something they don't like is automatically crappy. A friend's (now) ex-boyfriend used to do this and it drove me up the wall. No, it doesn't SUCK, you just don't like it. Saying that something is shitty or bad automatically devalues anyone else's opinion if they happen to LIKE that thing.

What do you dislike in life?
Having to get up early. I can't complain about too much in my life right now, honestly.

What do you like about life?
I'm super grateful that I'm financially stable for the first time in my life, living in a great apartment with my kitties and the man I love. After all the crap I've been through, I feel really lucky to be where I am now.