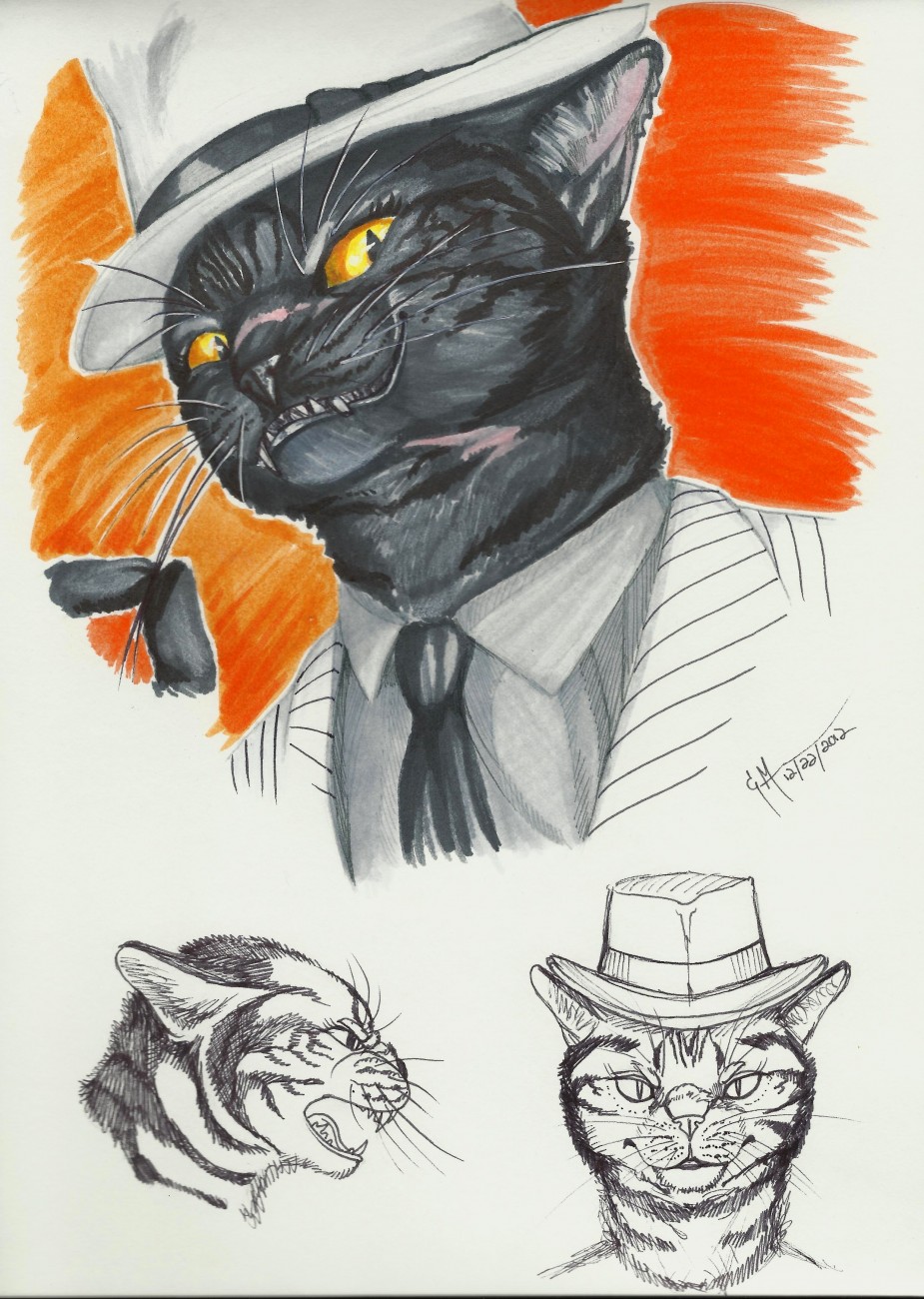 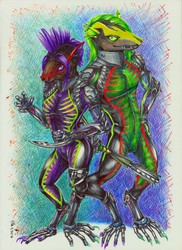 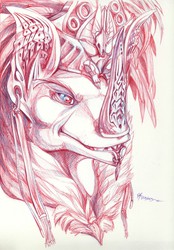 I'm a horrible person. Why? Because I've had this character for over three years and this is the first ever image I've drawn of her. Oh sure, I've planned to draw her and her partner Foley, but...never did. Berate me if you must!

Black Molly and Foley "The White Knight" were originally created solely as a running gag in the Holegans' IRC channel; when conversation got too stale, serious or it was generally too quiet, these two would bust out and create all sorts of havoc with their capers simply to make some people lighten up. Eventually people started to play along when they'd appear (their appearance almost always greeted with some sort of "Oh great..."). Some of the hilarious conversations and memories from those days... Ahh. Only one or two people that watch me these days would even remember her or Foley. So after the partner and I stopped going to those IRC channels, of course our 20s mobster pair kind of faded away. We're trying to give them a resurgence though because honestly, I love these two. They deserve better than to be forgotten.

And here is an awesome image of Foley I got for the other half for a Christmas gift: Here! Check this artist out RIGHT NOW. Awesome to work with and does lovely work.

Some tidbits about Molly as a character:

~She is short, standing only at 5'2''. Her partner however is quite tall, lol

~ Is a dirty crossdresser! She tends to catch some flak for this now and then by some uneducated sod. Her fists make great teachers, however.

~ Molly and her partner are designed to be almost perfect bookends; everything about their coloring and clothes are opposites, i.e. she is a melanistic "smoke" tabby while he is albino. Her suit is white where his is black and so on. And yes, one is a cat and the other a dog.

~ If it seems like they jumped out of a cartoon cliche, well that's because they did. Their charm and inspiration came from various 1920s stereotypes, and it was entirely intentional for them to look and behave like cartoon mobsters.

~ They may be opposites, but they're both crazy. Just in differing capacities.

The partner and I are currently working on a proper story/backstory for these guys; I'll be posting a profile of her on here and once the holidays get less hectic I'll be prodding him to write more on his respective account here.

This was also an excuse to use my new 80% Grey Prismacolor marker. Tried a new thing with chalk for her fur highlights. I love this technique and how it came out, yes I do! This also doubles as a color/facial marking reference.

Done with a few Prismacolor markers (Canary yellow, Black, Cool Grey 20% & 80%), a couple brushpens, Copic markers, a Pilot fineliner, a white gel pen and a China white pencil. References used here and there. Character and art belong to myself.