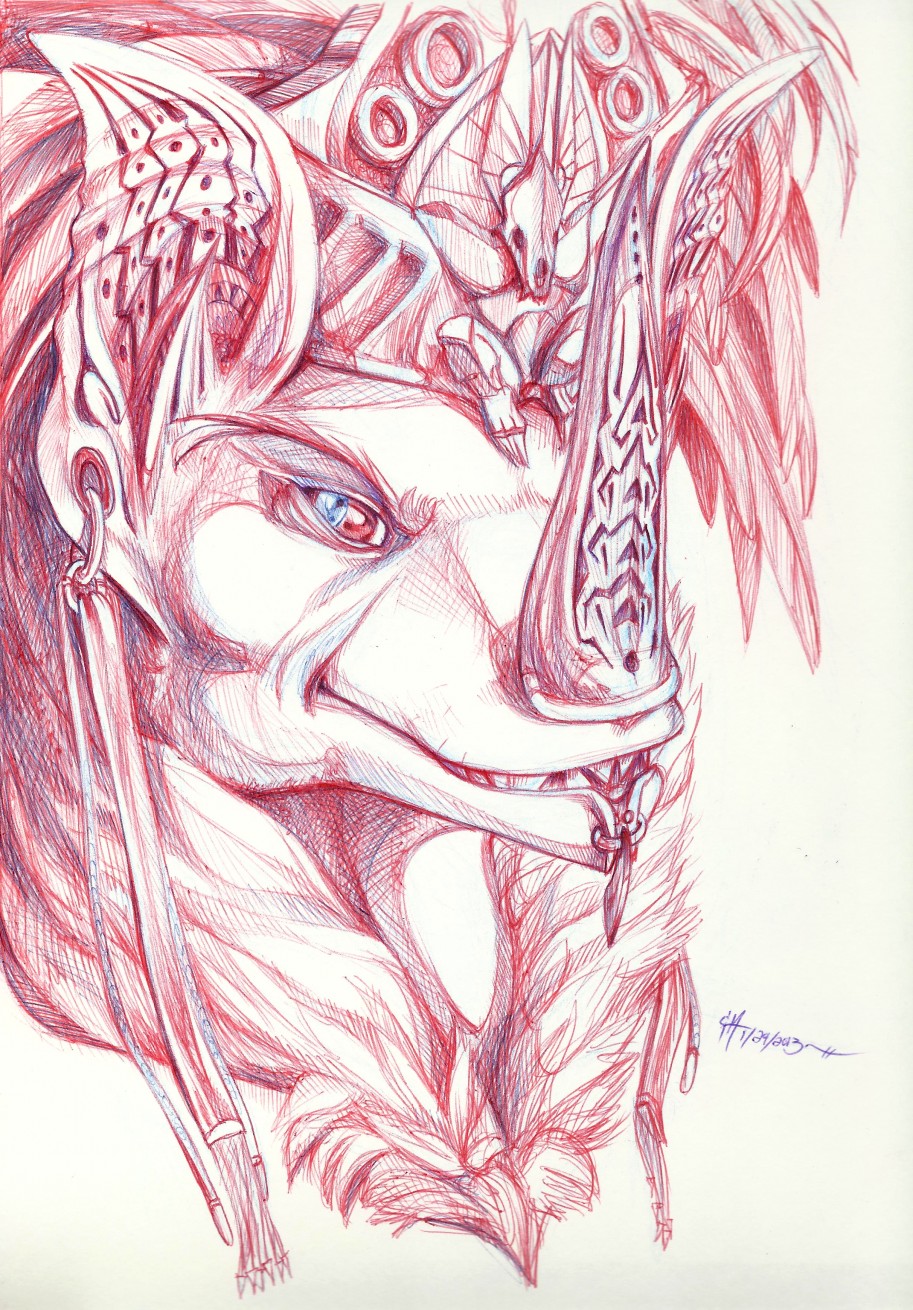 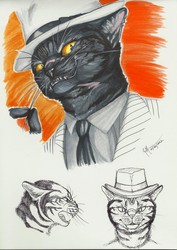 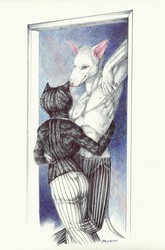 A portrait that I had the urge to do the other day, specifically of a character of mine that has existed for oh uh, several years. At least three or four. So?! I have mentioned in the past I have a ton of characters I've never drawn, so really I don't need to catch flak for this! Hmph.

This time I'm not actually in the mood for a lengthy description, so I'm keeping it short. She's the High Priestess of a race of monstrous planar outsiders known as Xibalbans. For those of you familiar with Mayan mythology, her race and their plane are indeed heavily inspired by it. It's actually a race the significant other made and he's got a whole dissertation written up that I'm planning to help illustrate, so more details will be forthcoming from that. She's not a specific type of bat, by the way; more like several features of her were inspired from a couple species, mainly the Greater Spear-nosed bat and the Sword-nosed bat (I'm not making that up, by the way; bats are just that awesome).

Well, that's enough messing around for me; time to start working on a more serious project. Sketched with a blue colored pencil then outlined with red, blue and purple ballpoints on heavy Aquabee paper. Some references used. Art and character are mine, race concept created by the other half.