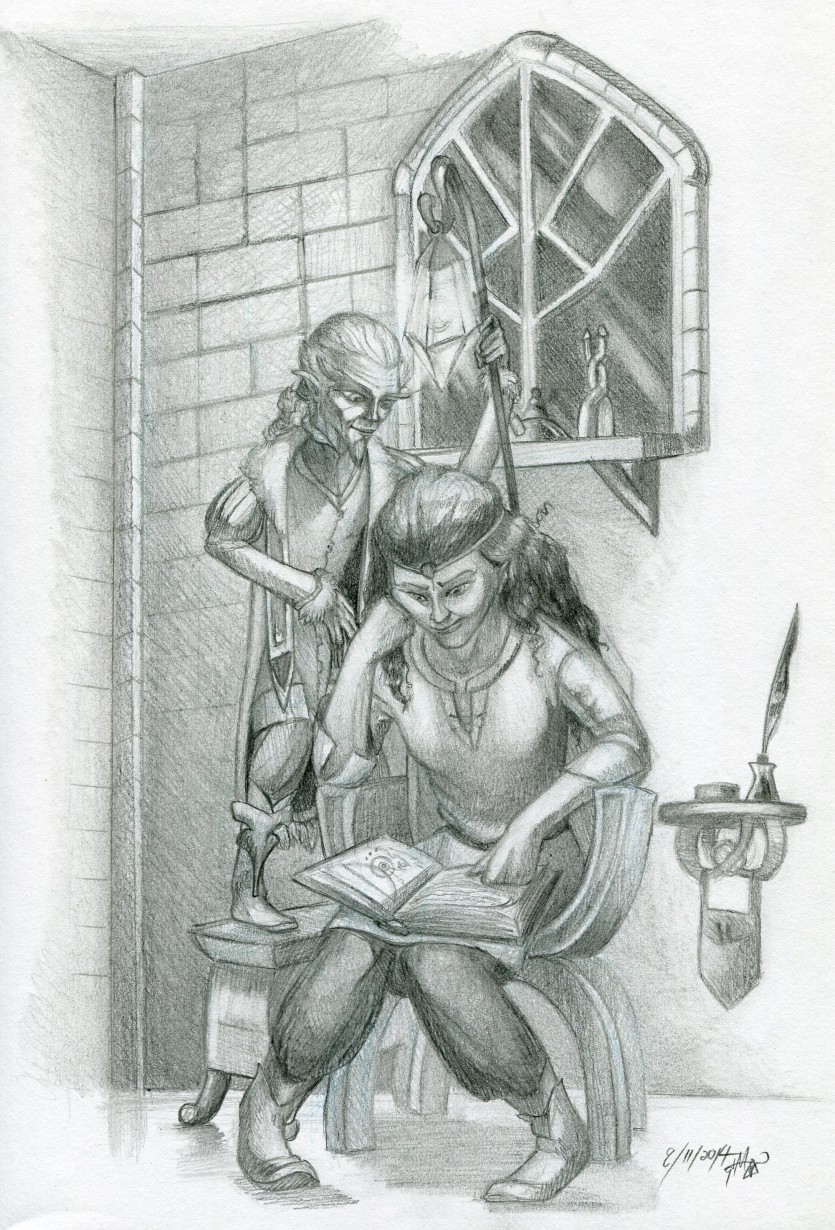 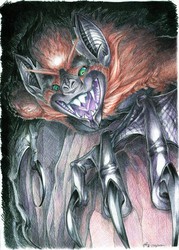 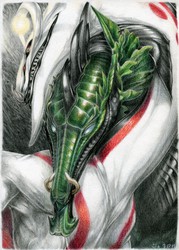 A young Antella stared hard at the thin weathered parchment as the lines, dots and curves on the page warped, blurred and quivered in her vision as she fought to stay awake. Historical linguistics was the lesson and since she was behind in her work it was necessary for her to stay up later than usual to finish, as insisted by Lord Whitby.
The odd graph in front of her was both complex and amazingly straightforward; it illustrated certain intrinsic corollaries between five different long-standing languages. All that was left was for her to find and memorize that last connection. It was a simple thing for the venerable gnome but for the young woman with fresh eyes it continued to elude her.
His patience and calm seemingly infinite, he whispered to her, "There, at the confluence of Dwarvish, Old Hezic and Aeric. Do you see it my dear?"
The girl sighed and looked, making herself focus on one of the concentric circles in the lower half of the graph, visually tracing her eye along one of the intersecting lines. Almost ready to think that it was another dead end, the whole thing clicked and the answer was practically painted across the page. "Wait, that's the same root as the ones in Draconic and Gnomish!"
Her adoptive father smiled and nodded, putting a hand on her shoulder, "Well done."

A sketch I started weeks ago, forgot about and then picked up again yesterday and decided to polish it up because I thought the scene was just too cute not to finish. I'm also trying to make efforts to illustrate more character scenes and things that detail Alteir. As the above excerpt details, this is a time in a younger Antella's life when she's Whitby's pupil and still a squire, and also a few years before he becomes a lich.

I don't know how long it took me to do this, maybe 8+ hours or so? Done in my sketchbook with a few graphite pencils, a mechanical pencil and blending stump. Characters belong to myself and