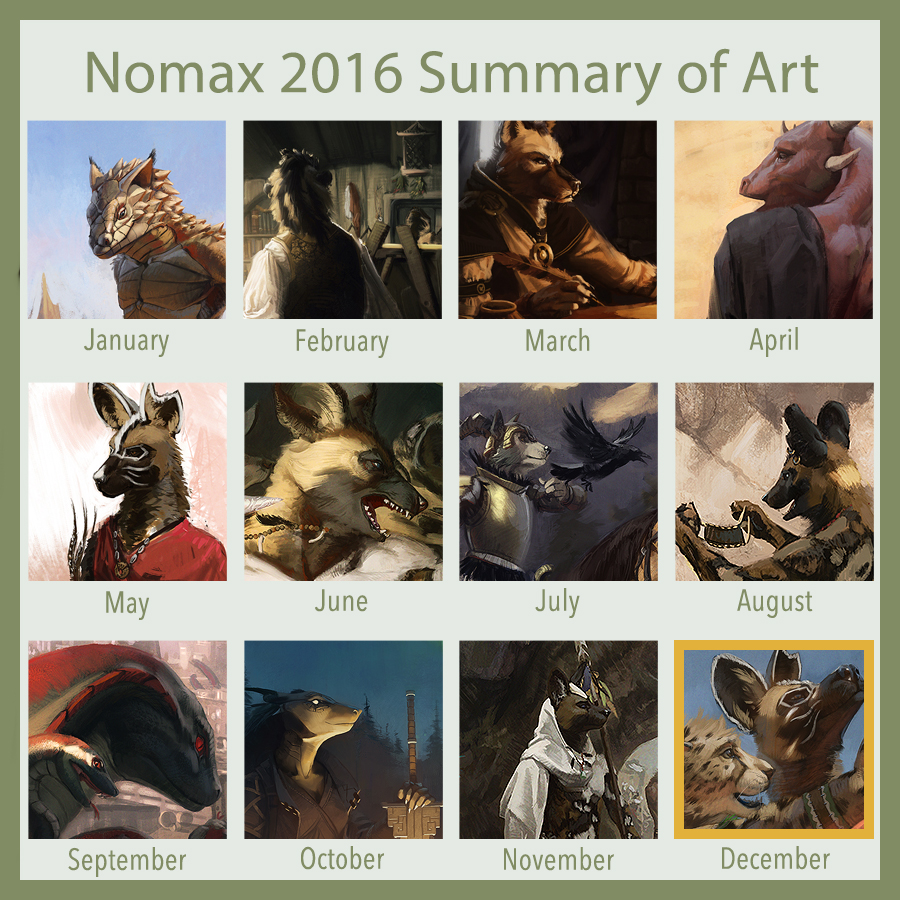 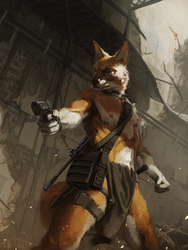 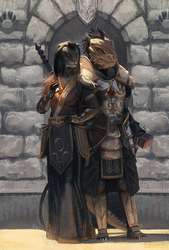 It's this time of the year again! Just as the last years i sat down again this year and went through my uploads to pick out the highlights for me for each month. And then also an overall favourite seen with little golden/yellow border.

This year was ...strange in a way. I felt it was more of a struggle than the last yet when i made this summary i noticed that there actually was a lot about it that i enjoyed. Yet in the same breath it also was really difficult to pick out the overall winner for me meaning that there wasn't neccessarily a standout picture but that the baseline throughout the year was a bit more evenly high. May was a strong contender because of just how much of an impact the creation of my own proper character made , basically dictating large parts of what the second half of the year would become. But i decided to go with the spirit of my pick of the year and went with the picture i like the most. Which actually is in December for the first time since i started doing these! So i guess that means it's a better sign that it being in the middle or even at the very start of it.
Another positive thing is that particularly many of the pictures towards the end of the year have been incredibly well received and that gives me hope that i'm actually on to something with the way i'm going, and hopefully will be able to continue on that path.

It actually was strangely therapeutic to do this year's summary. I haven't had a proper vacation break since.... i wanna say june? And i'm sure other artists and generally people working creative fields can support me when i say it's really difficult to go on straight for a long period like this. And i can really feel that i'm basically just dragging myself and i'm really looking forward to my January vacation to properly refuel those batteries!...And maybe not stretch quite as long without at least a week of vacation inbetween.

So with all that said i also want give a big shoutout to all of you, the biggest thanks to the people who comment on my stuff, for taking time to actually do that! I've taken up the habit to actually go to sleep every now and then before answering comments on new uploads just so that i can begin the next day with a guaranteed positive experience! So, thank you for that!
But of course that thank you also extends to everyone who followed me throughout the year or jumped onto the Nomax train during it. With the other art sites taken into account it's in the range of 16.000 people watching me by now. Which of course isn't entirely representative since some people watch me on two or more sites, some accounts will be unused and all that other jazz, but still , that's a whole lot of people, that's a like a small town of people watching my stuff

And then as a closing i do of course hope that 2017 will be great year for everyone. I think it's needed for many after 2016!