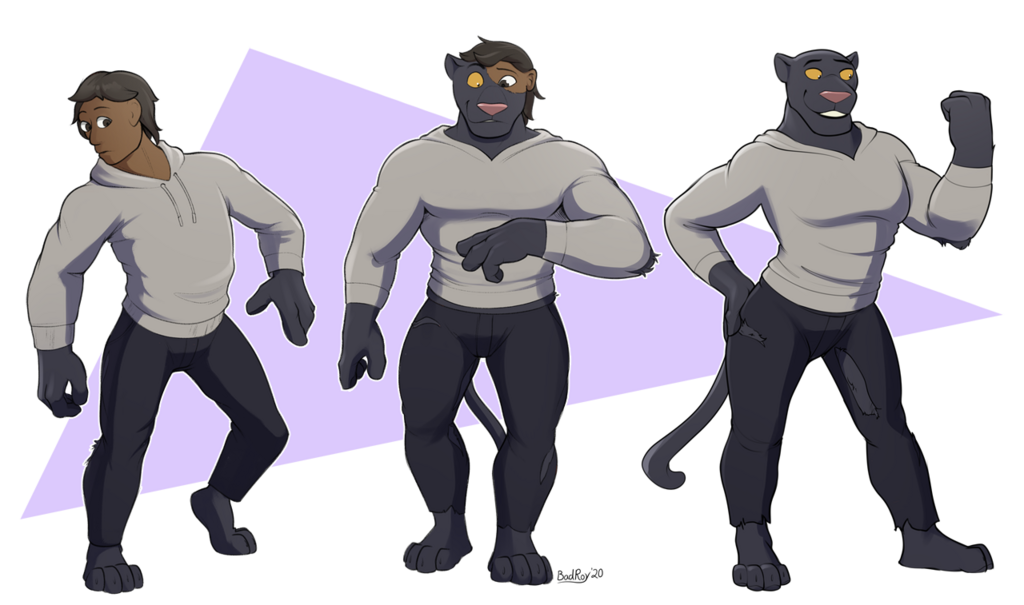 I didn't really like BNA! And I can't wrap my head around why because by all appearances it's something I should love.

The look and sound of the anime obviously aren't the problem. It looks gorgeous (especially color wise), character designs are cool, and I actually really like the soundtrack.

The way the story is unfolding doesn't work for me. I suppose for the first six episodes we're supposed to be interested in A. How Michiru could 'turn into a beastman.' B. The escalating attacks on Animacity. C. Ginrou and the shady cult around him. Somehow the way all these threads come together just isn't interesting me. Some things are looking pretty damn obvious to me too like Michiru and kitsune-friend are surely patient zero for an actual Beastmen disease or are the first of a breed of Brand New Animal. And is anyone pretending Oogami won't turn out to be Ginrou incarnated??

This is going to be the furriest opinion ever, but I don't like how the anthro characters are in human form 80% of the time. Beyond just preferring the animal forms I find this distracting. At times it seems arbitrary that they're in one form or the other anyway which makes me think things like "Wait, why is he sniffing things as a human here, but not here?" or "Wait, why were the kids human but then changed when they got scared?"

I get the distinct feeling that they're in human form so much so the studio could tell their animal story while roping in normies who would shun a totally anthro show. Also for ease of animation (and people wonder why Beastars went with CG).

I like the introduction of Kitsune friend. She's the strongest connection Michiru has had yet and she was surprisingly twisted.

What I'd like to see from the show is more slice-of-life exploration of the characters. After six episodes I feel like the only character we know at all is Michiru and even that feels somehow shallow to me.

So... idk. I'll definitely see how the rest of it goes, but I'm not wild about it at this point. Fingers crossed.

What did you think of it?