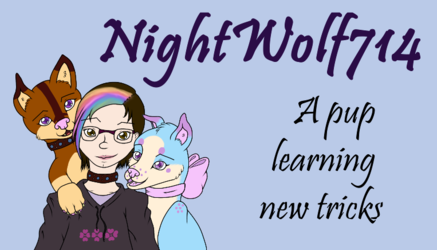 Hey all. I really have no idea what to write here, so here's some quick place holder info about me.

* I'm a furry. My fursona is Med-Night, a shiba inu/wolf mix. She's adorable. I also have an alt-sona of a blue mutt puppers who is also adorable.

* My fursona is mated to my husband's fursona, Kinaru, a fox/wolf/(squirrel) mix.

* I am poly, and have a boyfriend who is not on here since 7/17/15.
* I started out as a traditional visual artist, but I have been working on learning digital and other skills.

* I live in Nashville, TN

* I'm currently working as a registered nurse. This steals all my free time, so artwork is pretty slow at the moment. >_<;

* The mate and I do a lot of collabs and gift art for each other, so please give my collections a peek too. ^^
* Main Characters -NightWolf's Zoo on Trello
* Please read my TOS and check out my commission and trade status and info if interested in getting art from me.
* ]I have a Ko-Fi thingy now! No pressure, but if you'd like to "buy me a coffee" then click here ^~ 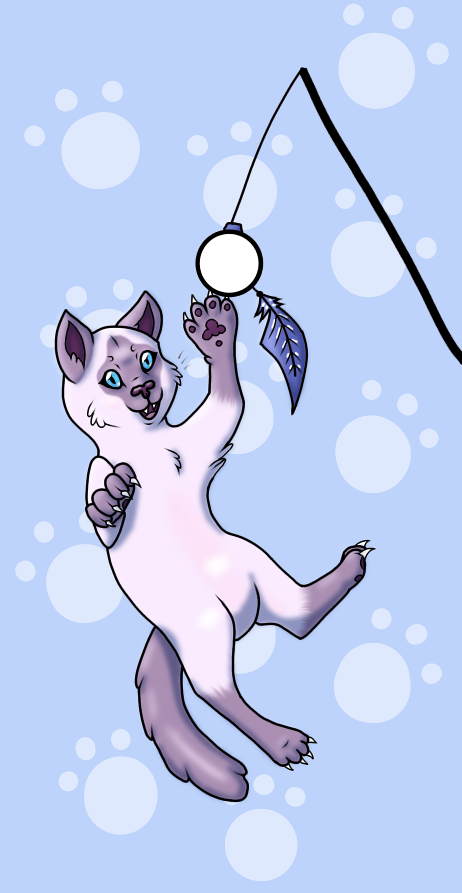 Sorry for disappearing there for a bit. I wish I had a good excuse for it, but it was mostly that uploads accidentally slipped my mind. Whoops~ ^_^;;;; I'm going to try and do better on remembering to do at least one upload a week though!

In other news, we did get hit with that terrible US blizzard, but not as badly as some places. Here in Nashville, the roads were terrible and we're just not equipped to handle it very well because normally winters aren't that bad here. Luckily, I didn't have to really leave the house until Wednesday (though I did go for a walk around our complex on Sunday evening to see the snow. Even saw a skunk! ... From a distance, lol). It was a bit difficult to get out, but Norv helped out and I was okay. By now it's mostly cleared up and we're even in the 50's which is weird but that's TN for you. XD

In other news, I had spent a lot of my time traditionally coloring lately. Figment (a great new little pet site) is working on a coloring book and wanted color examples. I just had to jump at the chance to break out my colored pencils! Traditional coloring is a lot of fun for me, but it takes forever so I don't see me being able to do commissions for them much in the future except maybe badges or other smallish things. I've done two so far and even got a site item worth $20 for the second one. Hoping to do another after a little break!

I'm also putting some thoughts into adopts. I enjoy doing them on bases; and once the base is set up it's pretty easy to color multiple (at least relatively). I do find them a bit creatively limiting though. I'm also hesitant to buy fancier bases because I use GIMP and I want to make sure I can use it both due to technical limitations as well as my own skill limitations before dropping a lot of money on it. But I do realize more popular bases would sell better. It's a conundrum I'm still trying to work out. But I also want to work on adopts that have unique lines too because I find them a lot of fun. I'm currently working on two lamb adopts like that. I recognize, however, that those take more time and work though.

Trying to balance and learn everything with the adopt game is going a bit harder than I realized. Also not sure how much of a market there is for my personal skills in it, which is rounding out the characters with personalities, interests, etc.

In other news, considering other options to explore creatively. For one thing, the mate is getting into 3D printing and I want to play with some of the mis-prints he makes by adding unique scuplts to them. Also considering the idea of making cute images that can work for stickers or pins or something. But that's a whole other world to figure out (like figuring out how to even get started and finding a manufacturer and such). And also trying to think of something quick and fun I can offer in exchange for ko-fi stuff since that seems to work out pretty well. Also needing to continue strengthening my personal self-discipline to put more work time into actual artwork.

... Which is difficult when I've got multiple phone games vying for my attention, lol.

So I think that's most of everything for the moment. I hope you all are doing well out there as well! Surviving the blizzard okay? Any fun new projects you're working on? Any advice you can give me on ... -looks around- anything, really? XD

Until next journal then~