Hey. I'm some dude who makes games sometimes. And also Art sometimes. Really whatever floats the boat. I figured I should find a place to start uploading stuff again, as dA Has proven not to be very valuable to me anymore.

Most recent: The Nature of the SOUL (Undertale) 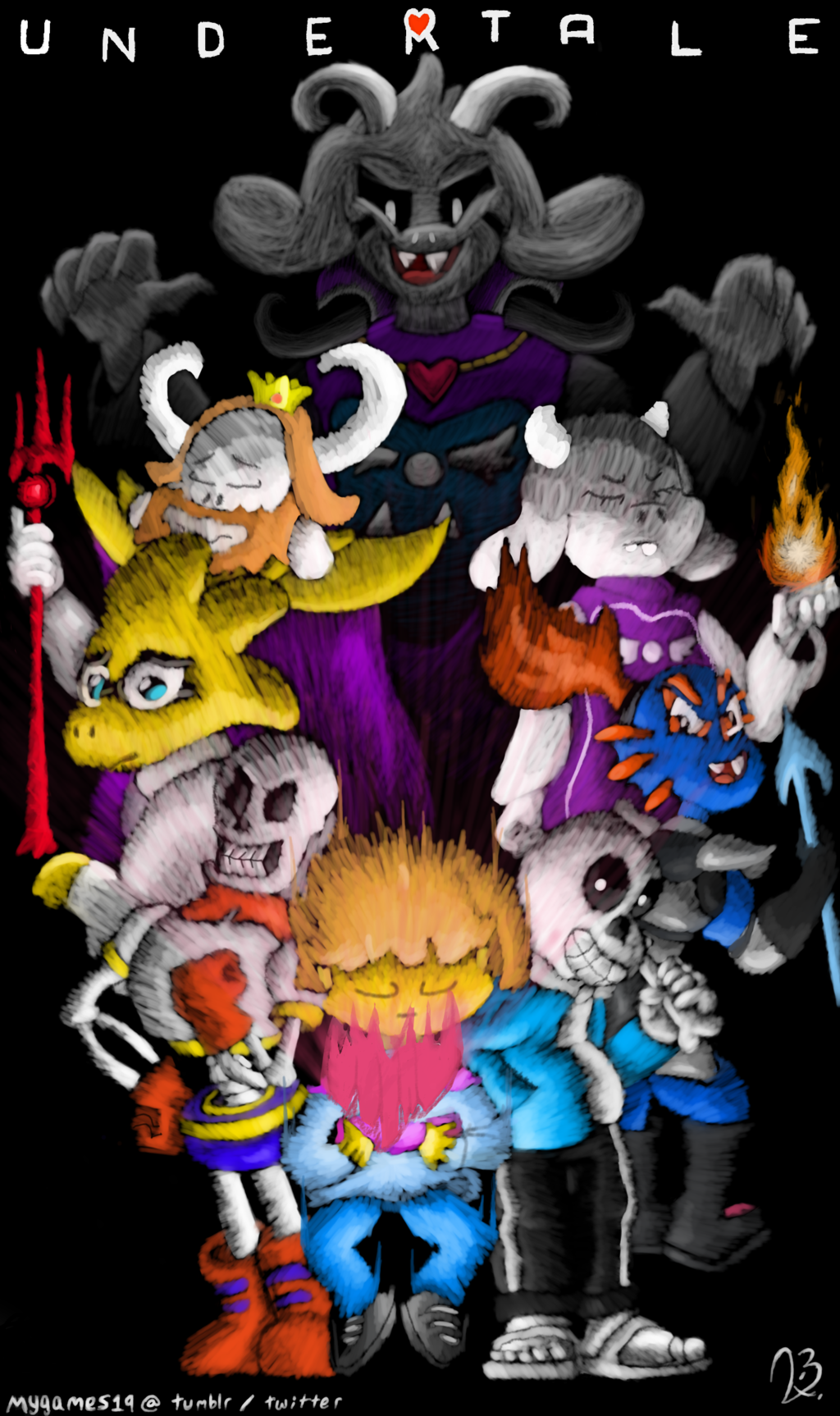 I don't know. I'm kind of at a cross road right now in my carrier, academically.... Really, a lot of things.

But I've been thinking about my artistic ability recently. More, I've been confronted to think about my artistic abilities and what they really are, and also what purpose they may serve for me and others in the future. I recently had someone who is a friend but didn't want to hurt my feelings come out about how he feels about my artistic abilities.... in the middle of me trying to design a logo for him. I think he was frustrated about the long process the logo was taking and got kinda upset over it. I don't know why he felt like attacking me particularly because... well, we're supposed to be friends (Or at least internet acquaintances) and I'm trying to provide a service for him. Bah, it doesn't really matter.

The point is, I kinda took what he said to heart. I think it's because I can be kinda a perfectionist and he (Like the few other people who have actually critiqued my work) only point out flaws that usually I know I'm making - and when people point them out, it only magnifies them to me. Like, a scary degree. I feel powerless to my own faults.

So the thing is, I'm not a very confident artist. Not that a ton of artists are, but recently I've been questioning my own abilities. It's weird thinking this way - for my entire life I ignored (bad) criticism even though I knew I was terrible, because I figured over time I'd improve (And I guess I did). But now that I'm an adult and expected to make an income, I don't know.... suddenly I get super critical because I know I'm not doing stuff for free anymore. And then I start thinking about all the time I wasted not learning to do more, to not focus on my art drive. I should have. I would be a better artist then I think I am now.

But, well that didn't happen. So now what? Well I don't know. I'll probably always be doodling, but art as like a carrier? Or even to make money? I mean seriously, I feel like my art is terrible, and the fact that no one takes any interest in what I do just makes it worse, like.... you know, I'm not good enough for people to even care to say something. But I know there's more going on there it just feels that way to me, you know?

But anyways, carrier. I went to College for Graphic Design, but I've been thinking about it lately, and honestly if I don't get my dream job (Making games!) I don't know if I want "Graphic Designer" to be a fall-back. Like I'm totally cool with making logos, I find them fun to make, but I don't want to do advertising. I know that that stuff doesn't lie per-say, but I personally don't want to be part of something that I would look at and ask, is this honest? I also don't like the idea of perpetuating social standards like the blatant sexism that is in a lot of advertising these days.

But one of the main reasons I decided on Graphic Design instead of another art field is because I'm not confident in my real artistic skills. So what do I do then? Well... I don't know.

Wish me luck, and uhhh.... If you could please help be honest with me about my art while also not being a jerk about it... that would be nice.

Thank you for reading this. If you read all of it you must be a pretty cool person. High five!?
~ Sam / Mygames19