I'm a big fat cat and I can't fit through the cat door, DERP!

I'm also a writer working on a series of novels (with a soundtrack) called Elancia Chronicles. It's something I've been working on for entirely too long, and hope to someday finish. A draft of the first book is in my gallery. Other than that, you'll find a whole bunch'a music!

Anyway, thanks for checking out my page!

Although almost everything I create gets cross-posted to Weasyl, when I work on a game soundtrack (such as the ones listed above) I often will not post it here in its entirety.
Please support my work and consider buying an album from me on Bandcamp! Thank you so much for enjoying my music!!

Life on the road

Hey, ya'll. Just a quick update. Right now, we're in the process of a cross-country move, and there's been a lot of compications and a family emergency and a lot of other stuff thrown in the mix. Currently, I'm living in a hotel. Next week it'll be a guest room provided to us by a very gracious host -- that's where i'm probably going to be for the remainder of the year.

As it stands right now, I'm not going to be able to do too much or communicate too often until this all gets sorted out, and we're not living in hotels. I'll be sure to let everyone know when I'm settled in n' safe again, but until then, I apologize for messages being slow/late! 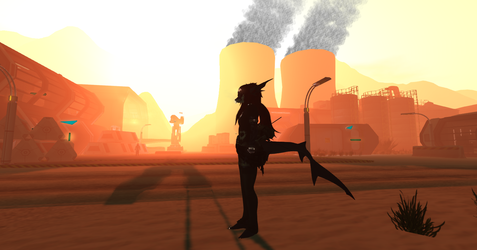