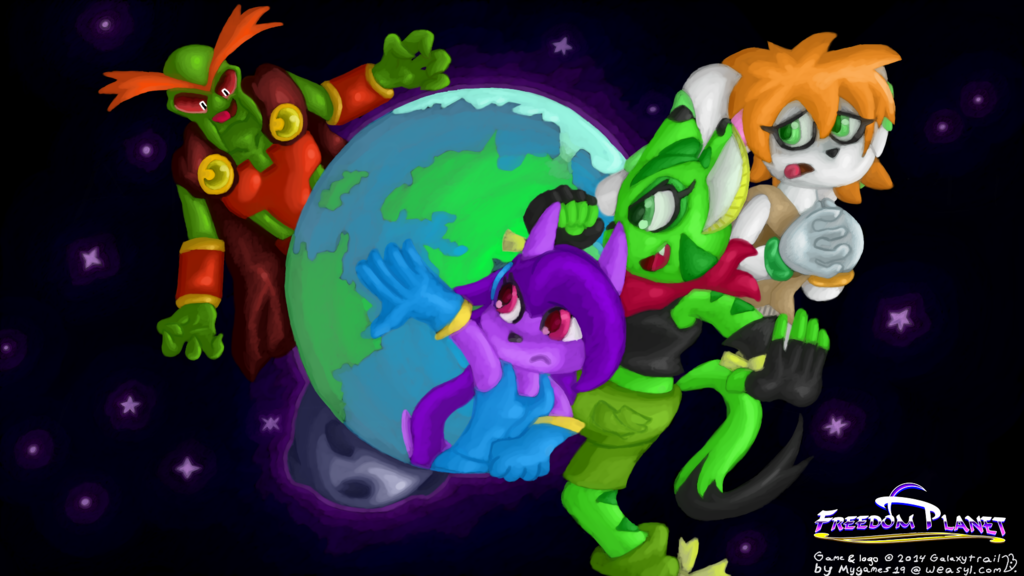 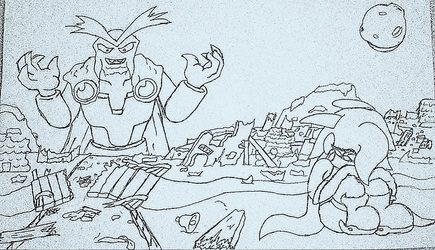 Free The Planet! Is a Wallpaper based on the characters in the indie game Freedom Planet, releasing May 30th 2014.

I'm really looking forward to the game's release, so to help hype the game up, I've created this wallpaper. In the game, you help Lilac, Carol and Milla (Left to Right) Defeat Lord Brevon, and evil dictator. Or at least, that's what I understand of the story, anyways. Seems it's been pretty under wraps, probably for good reason. It's a platformer in the same vain as Sonic the Hedgehog or Mega Man X, in which you traverse environments with momentum-based physics, defeating baddies and reaching the end of each stage.

You can learn more about the game and try the demo HERE:
http://freedomplanet.galaxytrail.com/

As for this particular piece, work on it took just over 24 hours to complete, from the original sketch all the way to the completed piece. I worked on it over the space of about a week, putting in about 3-5 hours a day, depending on which milestone I wanted to reach. Admittedly I'm a bit new to using a digital format - I'm still learning how to color in it, since it' nothing like I'm used to with colored pencils and paper. But hopefully, this is decent enough that someone will consider using it as a wallpaper or poster or something.

Thank you for checking out my artwork! If you could leave a comment or some constructive criticism or something, that would be nice. :)
~ Sam