Tēnā koutou!
I'm an artist and occasional writer from the unfashionable end of the South Pacific, who has been involved with furry art and the fandom since the mid-nineties. I tend to draw mostly furry female pin-up type art, and am co-creator of 'Super Collie' (with John Plunkett).

Most recent: Preview: "A Date With Delilah" v0.3 (visual novel) 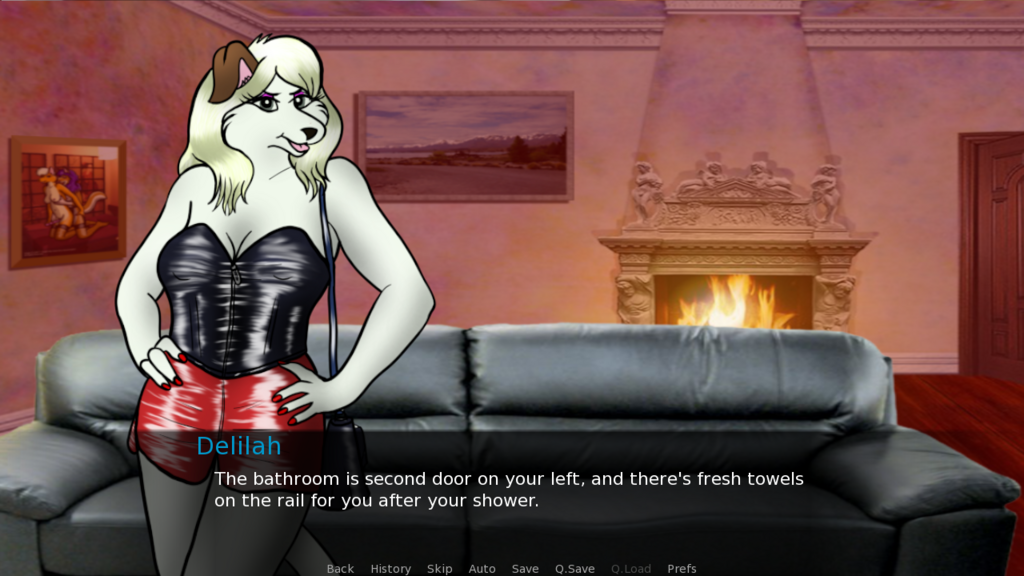 So after coming down with the first cold for nearly three whole years and taking a few sick days off work to recuperate (it wasn't COVID, thank god), I've had plenty of slack time to peruse various YouTube videos such as dramatisations of WW1 German Naval commerce raiders,  clips from "Yes, Prime Minister", video blogs about railway stations with no trains, and of course the latest episode of "Helluva Boss". All good stuff. And I've also been watching some videos about some animations associated with cryptocurrencies and NFTs - and my god, I've never seen such a bunch of utterly cringe-worthy creations in my entire life. (And for those keeping score at home, that's over half a century).

Now, NFTs in themselves (and cryptocurrencies in general) are already something that looks pretty dodgy from multiple angles - a good explanation on why both suck can be found in "Line Goes Up - The Problem with NFTs"  - and that's before you get to the absolute suck-tastic "art" being offered up by NFTs such as as "Bored Ape Yacht Club". But then you have someone deciding that a full-on animated series of these abominations would be wonderful, and so "The Red Ape Family" was born. How bad is it? Well, I can only link to commentary videos like Red Ape Family: The Worst Cartoon of All Time because the original was pulled off Youtube for having thousands of dislikes and not even a couple of hundred likes. And if you watch the video, you'll see why: the art and character design is feckin' ugly, the voice acting is dire, and the plot is nothing more than a bunch of crypto-bro memes strung together in sequence. And people paid thousands of dollars for this crap?

Not to be outdone, some other bunch of crypto-bro wankers decided to create "SuperDoge", a nominally furry-superhero series that nevertheless managed to throw off any hint of furry-bait to become another frickin' crypto-bro meme vehicle which again, is pretty damn dire. In fact, it's so dire that it's not even Rule34-worthy on e621 - I could only find 3, count them, three items there... and one is the actual "Superdoge" video. (At the time of writing, there's only 19 SuperDoge artworks on FurAffinity.)

"But Mayfurr!", I may hear some crypto-dude wail out in the distance, "You're no animator! Who are you to criticise?" Well damn right I'm not an animator, but a) you don't need to be a chef like Gordon Ramsey to identify disgusting food, and b) I'd be ashamed to put out such crappy work for hire.

So there you have it, fellow furries. We're better than these so-called crypto-visionaries.
The most talentless furry artist on FurAffinity, SoFurry or Weasyl who can produce nothing better than something that looks like what a kindergarten child would create in art time, can nevertheless hold their heads up high because as crap as their art may be, at least they did it for fun and never claimed it was some kind of noveau-cool investment worth spaffing thousands of dollars on because "line goes up". NFTs? No F-ing Thanks!