Most recent: Starry Kilroy and Daisy 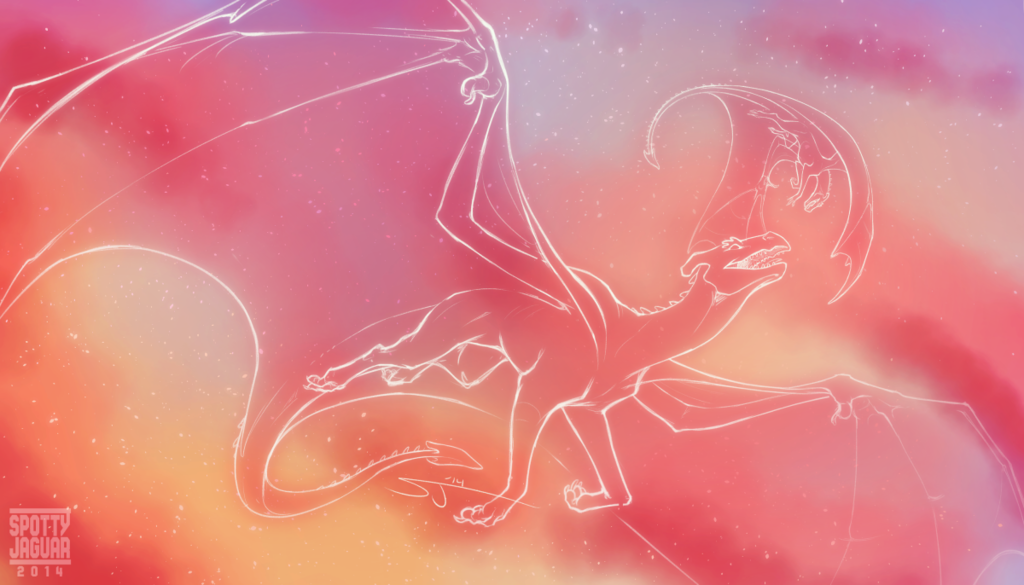 I've had a few people ask me why I decided to be a firelizard. The answer to that is quite simple. I freaking adore Pern dragons and firelizards. I own just about every book in the Pern series! Fascinated with everything to do with them! Another question I sometimes get asked is how I managed to escape from Pern, since Kilroy is not currently living there. Did I ever live there? Or am I just a firelizard because I'm obsessed with them? :D

Originally Kilroy was a firelizard simply because oh my god firelizards! I wanted one IRL, but since I can't actually have one due to BS science and the whole "it's not real!" garbage I decided to just make a character! Probably within the last decade I figured out a bit of a backstory. Mostly because I love giving my characters, well.. character, and what better way than with a backstory?

So officially, Kilroy lives in a time period that comes well before P.E.R.N (as it was called then) was even surveyed. Before the Eridani were willing to share their methods of biogenetics with humans. A lone research ship had to resort to scouring unknown planets for what was at the time extremely illegal (but extremely profitable in the black market) genetic research, bringing up various life forms from the planet to alter. The ship had come across the then unknown planet, somehow managing to arrive well before a Fall, when vegetation was almost renewed.

A team had managed to scoop up several clutches of eggs. Most of them unguarded. A few they were able to manage to get near after chasing off the gold protecting them. The unguarded ones proved to be completely useless, as they had been emptied by unknown predators beforehand (greens are kind of stupid and don't make good mothers...) It took quite a few attempts to snare a live pair from the clutches, as most of them either quite literally disappeared almost immediately or would disappear any time anyone got near them with anything that looked dangerous (needles, tranq guns, etc). Even then it was almost impossible to do anything with them.

Someone managed to get lucky and tranquilize a fully mature and eggheavy queen, using a locator beacon to help track her once she disappeared. They kept her heavily sedated while performing various experiments on her as yet unlaid eggs. Several different chemicals were injected into the still forming eggs. This had a rather unfortunate toll on the poor gold. Over time she started showing extreme discomfort, and her belly was becoming rather distended. As nobody had actually seen a pregnant firelizard, nobody really thought anything of it. During the laying process, while some of the eggs were laid without difficulty, quite a few wound up coming out a lot flatter than others as if something were crushing them. The gold unfortunately did not survive the egg-laying process, but an examination showed a rather large egg still inside her. The egg was removed and laid with the others. The squashed ones hardened, but an x-ray showed that while there was something inside the eggs, it was not alive. Another clutch of eggs managed to get brought aboard before they were forced to move on (someone managed to piss off something very dangerous on the planet!)

Many of the ones that didn't get squashed never hatched; the injections were just not compatible with the biology. Some came out... deformed. The only one that actually managed to survive relatively okay was the large egg. This was the one Kilroy came from. He was a little odd looking; parts of him didn't look like they had formed properly, his head was a bit oversized, and he was weak. Barely able to break the hard shell, and barely moved at all. This was a result of an experimental growth hormone he had been injected with, causing his body to grow faster than it could keep up with. Everyone thought he wouldn't make it. But one dedicated scientist took care of him in the slight chance he did survive; a live subject was a lot better than a dead one, after all. Kilroy wound bonding (Impressing) to this scientist, and with careful tending to he managed to survive and grow! And grow. ...and grow. His appetite certainly didn't stop growing either. Eventually he did stop, once he reached the size of a St Bernard in height.

His size wasn't the only thing affected by the hormone. His brain (and his intelligence) were much greater than those of a normal firelizard. He was incapable of telepathic speech, but learned things at an alarming rate, and eventually learned how to communicate using voiceless pictures of words, as if the person he were speaking to were reading them in their mind. It took quite a bit of time to learn how to use emotions to convey feeling to his words however, which lead to a bit of confusion at first. They had planned to eventually sell him as an exotic pet once they obtained all the data they could from the experiment, but he managed to get nearly everyone emotionally attached to him, so they kept him as a sort of pet themselves.

Of the clutch that they did manage to obtain before leaving, most of the eggs wound up being sold to pay for the ship's fuel, though a couple were kept for the purpose of breeding more for further experiments. A gold, and 3 others. They successfully hatched the gold, 2 greens, and a blue, and managed to keep them around this time. The gold (who they eventually named Daisy) wound up wanting nothing to do with the others, instead becoming extremely attached to Kilroy (who for obvious reasons couldn't actually mate with her. He was also born sterile, much to the dismay of the scientists.) The greens and the blue produced quite a few clutches, but quickly became useless after repeated experiments rendered the greens sickly to the point of not rising to mate anymore. The gold adamantly refused to let the blue get near her, and any attempt to artificially fertilize her eggs wound up with a very angry gold, and a particularly upset Kilroy.

Canonically, their journey eventually wound up with Kilroy and Daisy stranded on an unidentified planet light years beyond civilized space. Their ship had suffered a major engine malfunction, and plummeted right into the surface. Both Kilroy and Daisy were able to teleport to safety on the planet's surface just before impact. It is unknown what happened to the greens and blue. The crew of the ship were unable to escape safely, unfortunately. A distress beacon was released prior to impact, but if any help did arrive, they assumed all hands died given how wide an area bits of the ship had been scattered. Both Kilroy and Daisy now live on this planet in peace, enjoying the abundant wildlife mostly unchallenged by the local predatory species. Though Kilroy misses interacting with humans (and his humans in particular,) he isn't at all unhappy about his current situation, especially with a companion that cares as much about him as he does her!