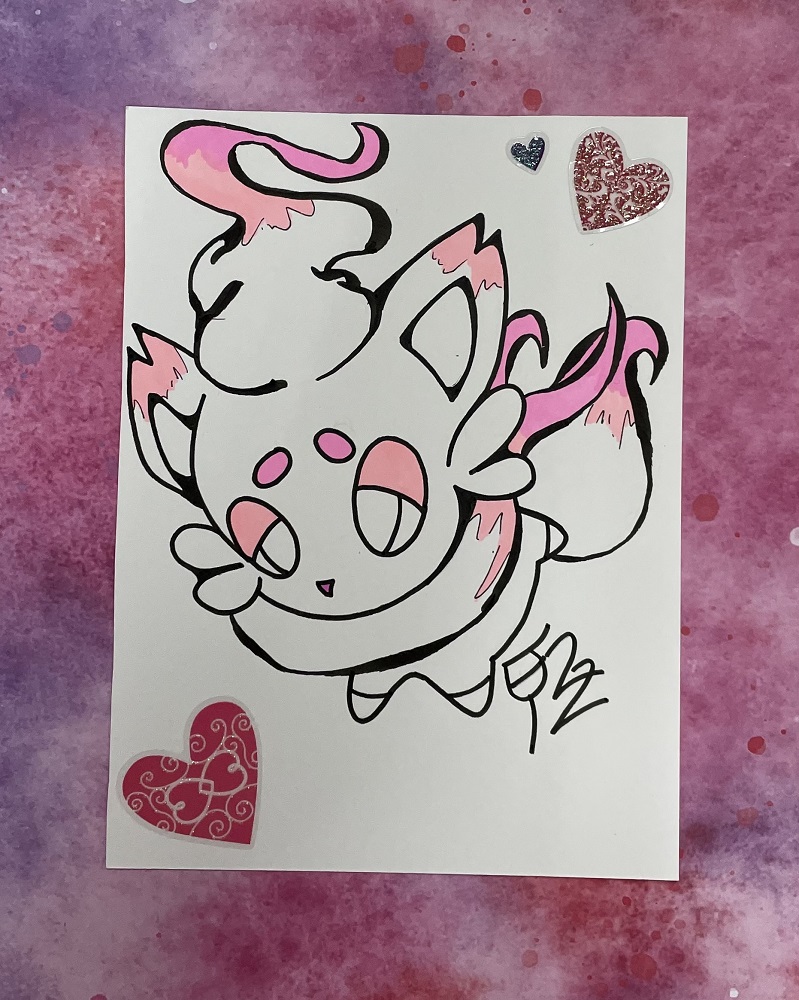 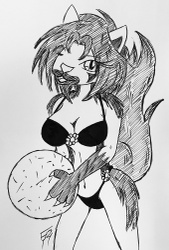 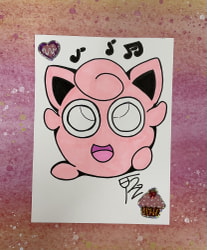 So, for the month of February I'm doing a mini-drawing challenge of drawing Pokemon..........that have a LOT OF PINK in them. chuckle I'm mostly drawing in a chibi form, unless a particular Pokemon happens to be chibi-ish in nature already. AND ONLY COLORING THE PINK PARTS. :) I am only using three pink markers, a light one and a middle tone, plus a dark one--however, it seems that once the darker pink dries it looks more purply-magenta. sigh

So, February 1st, here we start with Hisuian Zorua, since "Pokemon Legends" just came out. This is the flavor text from the Hisuian Pokedex-thing: "A once-departed soul, returned to life in Hisui. Derives power from resentment, which rises as energy atop its head and takes on the forms of foes. In this way, Zorua vents lingering malice."