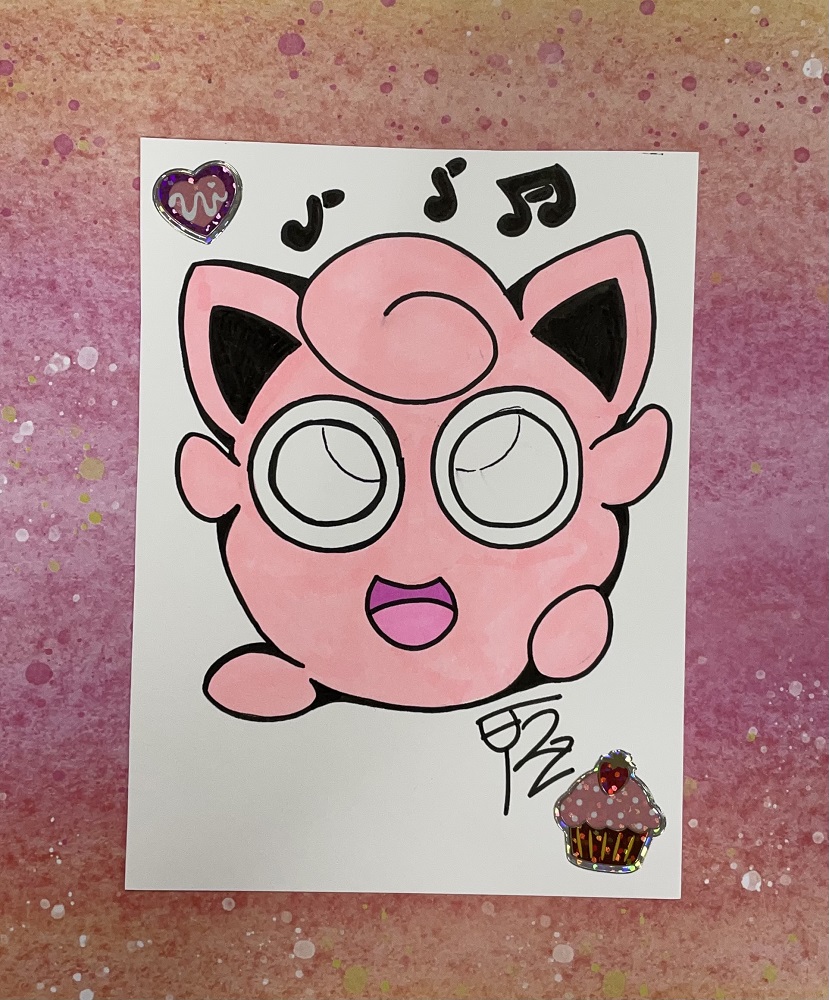 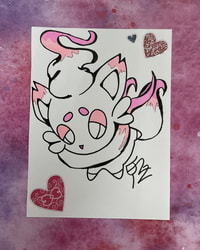 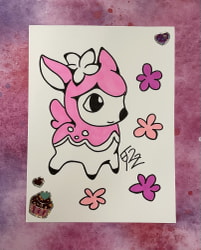 The second of my only drawing PINK Pokemon and only coloring the PINK parts, this month. XD

It's Jigglypuff--which probably rose to fame as being a cute ball with serious anger issues in the original anime, more than as a useable game character. chuckle The flavor text from the more recent PokeDex of Sword/Shield reads: "Jigglypuff has top-notch lung capacity, even by comparison to other Pokemon. It won't stop singing its lullabies until its foes fall asleep."

Originally this Pokemon was simply a Normal-type, until the FAIRY-type was introduced, now this Pokemon is Normal-Fairy in typing. It's one of those Pokemon who is a TM and HM master and can learn nearly almost any of them--but whether it's competitive with them is another story. XD Way back in the olden days, when you needed to use HMs almost anywhere in the field, you'd have a Pokemon like this in the party that knew all of them, so you didn't have to keep teaching Pokemon-on-hand Cut or Dig when you really wanted to do it. Admittedly, if you can draw a circle, you can draw a Jigglypuff--even if you think you have no artistic talents whatsoever--or you could use a circle maker to draw your circle, see, no talent required to draw this thing at all! LOL