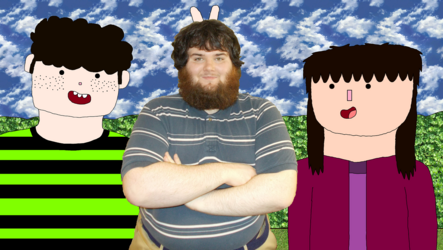 I'm Jordan (some of my old friends, as well as my family and former school teachers, call me "Scotty" when I was a kid), and I do cartoons mostly human characters but not animals/anthropomorphic characters tbh.

Also like old fashioned music from the good old days especially classical, folk, country, Bluegrass, and mostly rock 'n' roll music and other kinds of musical genres I'd love to listen to, except today's music which is rap and hip hop and sometimes other present-day musical genres that I've never listen to mostly.

I've been out of public schools for a while now; graduated from high school on May 25, 2012; some people think I'm still in school is because of what I look at and stuff.

I'm mostly single and never married, I'm officially unemployed and sometimes self-employed (tbh), I have autism (high functioning) and ADHD (attention deficit hyperactivity disorder), and becoming a cartoonist as well as a Children's illustrator and graphic novelist in the future. Also currently lived with my mom and dad mostly.

Hope you like my awesome new artwork that I remade since 2019.

Unemployed and Self Employed Cartoonist | Self-published comic book writer/artist and self-published graphic novelist | Autistic and have ADHD (attention deficit hyperactive disorder) | Creator of Scotty, Tales of Romance from Modern Appalachia, Ghostly Dream Quest, Lapsa: The Demon Cenobite from Eastern Kentucky, and many other future series I will gonna make | Loves classic old school retro stuff and the good old days from the 20th century | loves present day, drama, and modern cartoons | loves classic rock music from the 1960s, 70s, and 80s and background/soundtrack music from TV shows and movies | Fascinated in history, remembers everything and loves documentary films on TV and movies | Big dreamer | An old soul that kind of person who likes the good old days 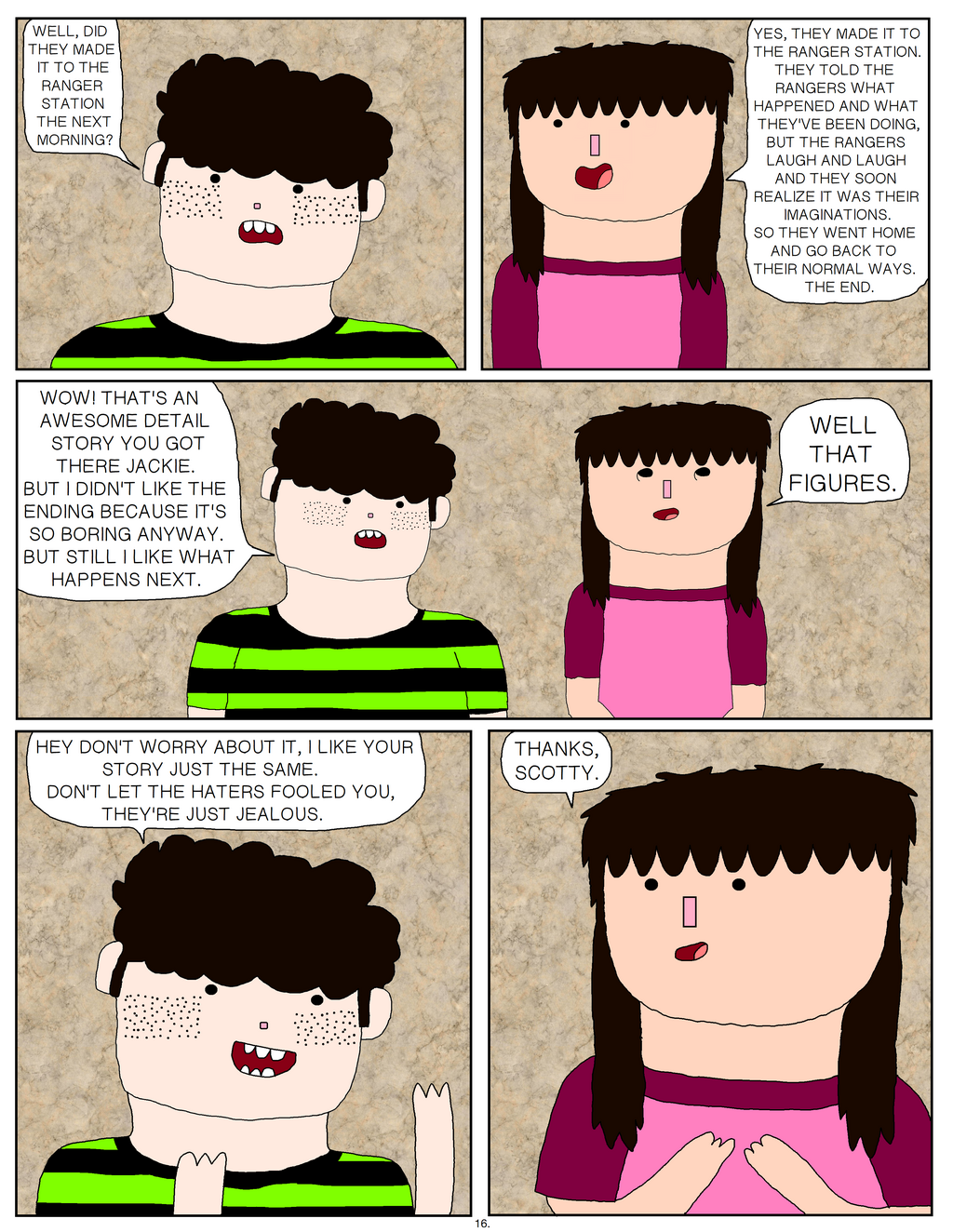 I have an announcement to make so you'll understand this on St. Patrick's Day this Thursday morning and afternoon.

I've decided to make chapter books (which is whole writing and a few illustrations) instead of making graphic novels is because making comic books is EXTREMELY hard as I told you before.

I haven't made chapter books for a very long time ever since when I was a sophomore and junior in high school back in 2009-2010 so just you know.

As for Scotty: Volume 1 however, it's gonna be the only graphic novel with no continuation whatsoever; so, I will make this also in chapter books since it's much easier than making comics and so forth.

So, I decided not to make comics ever because I'm still having a hard time drawing actions, profiles, and details for which I drew my comics on a 2D panel platform, which is all flat instead of in 3D like most graphic novels.

But I'm not one of those hopefuls of notable graphic novelists for which I always have big dreams of becoming somebody that is well known for and my upcoming career as a cartoonist and graphic novelist.

I'm the only artist in Eastern Kentucky as well as in Appalachia who does the "thin line" style format of drawings for which I've come from a different generation of writing and illustrating stuff about my home region.

As I told you many times that my style of drawings is compared to other notable thin-line style cartoonists; including Pendleton Ward, Mike Lowery, Natalie Andrewson, Benji Nate, Zac Gorman, Oliver Jeffers, Skyler Page, J.J. Harrison, Zachary Sterling, Liz Prince, and Julia Pott, that deeply influenced and compared to my drawings so vividly.

I deeply apologize that I always left behind and delay my drawing status is because my digital drawing memory size is mostly 3104x4016 (portrait) and 4016x3104 (landscape) and is also because I painted seamless texture patterns (which I downloaded online) on GIMP that contributed to lots of kilobytes is up to 10,000 respectfully.

When I try to copy and paste on my bedroom's computer from GIMP and MS Paint, it can't be inserted to paint is because of too many memory sizes that are up to 5,000 whatsoever.

So, I copy and paste it to the living room computer for which I have a different Windows 10 computer; 1 that my papaw (grandfather) gave to me and the other my mom ordered on Walmart or on Amazon 2 years ago.

As of now, I will gonna make chapter books on Microsoft Word and my font is mostly Alte Haas Grotesk (the 1960s and 70s version of Arial).

But there is a problem, my writings are still not improper for which my mom always told me many times that English is a very complicated language.

And is because I still have social problems (due to my autism) for which my communication status is sometimes not that great miraculously.

So, I will gonna write my stories on Grammarly for which this browser app did help me a little bit on my English for the past 2 years now.

Also, I've decided to make my other series Ghostly Dream Quest into a chapter book respectfully.

Ghostly Dream Quest's style format of character drawings is more like Adventure Time, Summer Camp Island, Costume Quest, and Clarence but with my own style.

And the writing of my other series is mostly influenced by The Dreamstone and The Legends of Treasure Island as well as Beauty and the Beast (1987 live-action TV series) respectfully.

Ghostly Dream Quest is a fantasy (parallel universe) adventure that is just for kids ages 7 to 11; my 1st and only children's book series for everybody to read.

And the location (in the real world) for Ghostly Dream Quest is in Westview, Kentucky (based in Westwood, Kentucky); for which Westview is a suburb of Ashburn (based in Ashland).

I will gonna write this chapter book sometime this summer; if I can do the illustrations, write it on Microsoft Word, and print it (double-sided) at the Ashland Office Supply (not far from my neighborhood) when it's finished.

Right now, I will gonna draw a chapter 4 comic of Scotty sometime this late March.

After that, I will gonna take a break from making graphic novels for a long while and start writing a chapter book of Ghostly Dream Quest.

Anyway, I hope you understand, like, and comment on this whole Weasyl journal entry this St. Patrick's Day, I apologize for the mishaps in life is because life is not always fun, to be honest.

Hope you have the same problems making comics including drawing actions, profiles, and details as much as I do.

Have a good St. Patrick's Day and prayers for Ukraine that the war is still going on currently.