"I never let any of my friends down!" 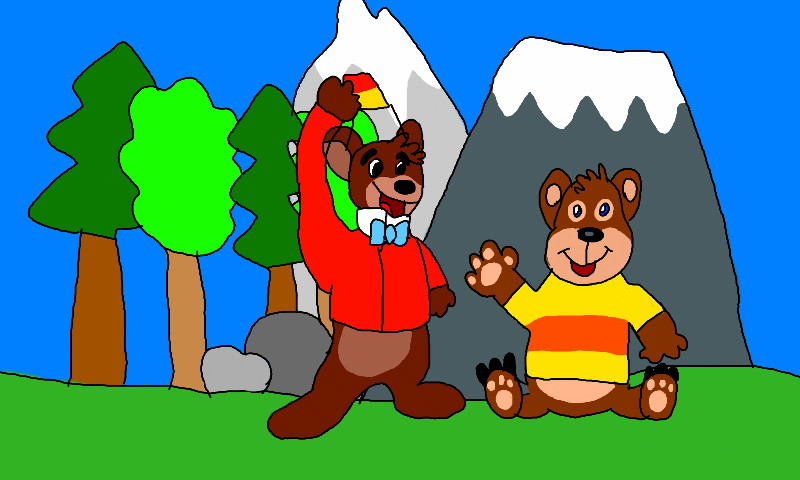 Yesterday I got the expansion pack for Nintendo Switch Online, which consists of Nintendo 64 and Sega Genesis games, along with DLC for Animal Crossing New Horizons: Happy Home Resort. As you probably guess, I was very excited to replay my childhood games on a modern TV. To be honest, since I asked a couple friends of mine if the games ran properly for them, they said yes which gave me hopes it would work, and honestly it did at least for offline! I haven't checked how it runs online though since I haven't have a stable connection in a while, but I'll check that later. Anyways, the Sega Genesis games also run properly for me as well, which I was expecting since I already have Sega Genesis Classics for the same console which includes more games and a better presentation of the games being played in a kid's room. Five of the games are not on the Sega Genesis Classics collection, which makes me hope there will be other games that aren't in the collection, including ones that aren't in the Switch version from Sonic the Hedgehog 3 to Eternal Champions. For the last thing in the pack Happy Home Academy, I thought the DLC was very interesting and felt like a throwback to Animal Crossing Happy Home Designer for the 3DS since you design vacation homes for villagers, using the dragging function and take pictures of the houses when you're done. What's also nice is that you can work as long as you want to without having to wait for the next day. Although I like it, I wondered why this DLC was behind a yearly subscription expansion pack optionally, especially if the user doesn't have Animal Crossing New Horizons whether they want the game or not. Overall, I like the expansion pack, but there are some things I wish were fixed. Before I tell you, I'm only going to focus on realistic things that can be changed, so this means no changing the price or getting the online service to be free; once they put a price down, there's no going back. Anyways, one thing I'm disappointed with is how Mario Kart 64 and Winback: Covert Operations don't run the games with a memory card inserted, even though some emulators can run games with them thinking the controller you're using has a memory card inserted, and since this is the year 2021, they should figure out how to run them since they managed to run Donkey Kong 64 on the Wii U, and that game required the N64 Expansion Pack to play, so this should be a step forward to emulation. Another thing they can fix is making a regular schedule of games coming soon just like back when the service was launched. I understand it can be difficult to choose what games will be coming soon, but it shouldn't be too difficult since there aren't a lot of bad games for the system, and most of the bad ones use some kind of franchise or brand. I also hope the first update comes soon since November's almost done. Since I honestly think the expansion pack isn't too bad, the question remains: is it worth upgrading and paying $50 a year? I'm going to say that depends: if you want to play Nintendo 64 games on your switch, have Animal Crossing New Horizons, and/or don't have Sega Genesis Classics; I'd say yes. If you want more Genesis games to play on your Switch, you're better off getting Sega Genesis Classics, and if you have most of the Nintendo 64 games you love whether physical cartridges, emulated, or Virtual Console; don't pick this one up. I also don't recommend the expansion pack if you don't have or want Animal Crossing New Horizons, although this makes me wonder if other DLC that can be bought separated for games some users have, but others don't.