Welcome to the official page of Grandvision Studio.

I am a painter of the musical and written art forms. Anything from soothing easy listening to full blown orchestral soundtracks. Music filled with exquisite world and character detail. Of beasts and sorcery, conflict and supremacy. I am a dreamer of impossible feats, of lands unknown and worlds unexplored.
My Bandcamp
https://grandvision.bandcamp.com/
You are free to share and remix any of my creative work, but are not allowed to commercialize them. Remixes are required to be released under the same license which can be found here:
Basic Creative Commons License
Full Creative Commons License
Genres: 21st Century Classical, Easy Listening, Ambient and Experimental.
Musician since 06/28/2008
Software: FL STUDIO 12 Producer Edition

Most recent: A Wolf Amidst The Stars - Rest in Peace Blackwervolk 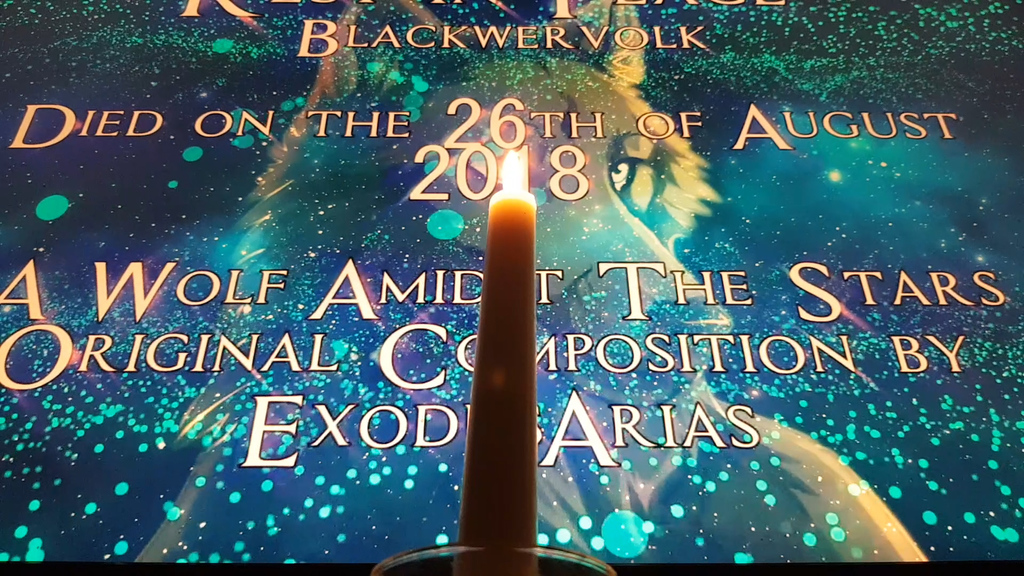 My Musical Progression in 2014 & The Notion of Selling My Music.

I've always had a strange notion of trying to sell music I compose, whether on Bandcamp or anywhere else. I remember setting up a bandcamp page which had a single up, specifically this one - https://grandvision.bandcamp.com/

Which I've recently released again in high quality format. I've never really though of selling my music out there to the world to listen to as all my music has been composed mostly for myself, but also has been available pretty much everywhere I can put it on within reason for other peoples listening pleasure. I think somewhere along the line, I thought and still think, actually that my music wasn't worth selling. This is not a very good approach as an independent musician. Music has been my passion and even my hold on life for well over seven years. Ever since I discovered FL Stuido and began messing about with the default sound samples, I've found the notion fascinating, how anyone could just pick up the art and do anything they desire, and create anything their imagination could fathom to bring to fruition.

It's that notion, and that spirit of adventure and excitement that carried me through the years, as I discovered more, the program itself, the samples and the wide array of genres and other composers in where I stood myself. I am not sure exactly why I strongly began to like and compose orchestral based compositions, the genre was just so defining, had a long and winding path of history behind it. It molded, it changed and it evolved. Composers like Thomas Bergersen, Hans Zimmer, John Powell and Howard Shore, are all experts in their own little fields of soundtrack music, and that was something I truly aspired to.

The commonly encountered problem with being a musician is that it can take quite a while before you are recognized or even admired for your work. The music industry is a very competitive business in this day and age, and getting through the filter so to say, isn't easy. But it wasn't exactly what I strove for. I just composed for the sake of it, to see what I could create, and what would come of it in the end, but as I grew, and as I got better, I wanted to aspire to greater things, as with everything a person does, they want to improve, as if there is no goal, there is no path to follow, which brings you at a crossroads of unlimited choices which can sometimes cloud your judgement, and even bring upon depression or anxiety.

I've learned to live and let go, and enjoy the process. Many years went by, and I have yet to see my music stand at a point where I think it could be. I like to take my time, so to say, but this strangely enough only applies to the creative arts I've applied myself to. Music was one of them, whether it was the next full blown composition, or a small loop, it always took me more than people would consider a standard schedule to finish something. I could say I am a perfectionist, but not of the right sort, as my musician is nowhere close to what I think it could, but it's getting there, slowly. I love to change, and experiment, to see how something would sound, but the limitation of samples I have at my disposal prevents me from plotting that ever so beautiful melody and theme in my head to the screen before me.

I've recently acquired a couple of new samples, which hopefully shall allow me to expand on my textures and unique sound. The next composition to be released publicly will hopefully be the Epic Science Fiction Orchestral Soundtrack I have been working on since the middle of December, in which you can check out here - http://www.furaffinity.net/view/15470731/ if you haven't already done so. It's only been two weeks but I already see what is wrong with that little snippet of an introduction, and I will see what I can do about it as I delve deeper into the work.

Please tell me what you think.