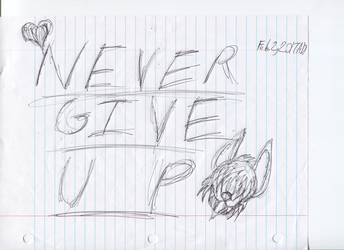 "If you want something done right, then beat the daylights out of whoever screwed up before"

Making progress with distinction and honesty!

Salutations everyone! I am Gagethyous,and I am an artist from the South-Eastern United States. I'm also kind of a big geek when it comes to mecha and animation, so please forgive me if I go off the rails at times. ^ W ^;

I don't really mind comments. As a matter of fact, I love having them! Seeing people's opinions, criticism, and pretty much any kind of input in general helps me become better at creating content! Go right on ahead and let me know how you feel on a given piece. Just don't go off the diving board into the zone and we won't have a problem.

As with pretty much every site I'm on, I do tend to favorite a lot of content and watch right afterwards. What can I say? I just love seeing creativity in all of its' forms. I also try to comment more often to show my appreciation for the respective artist and their work, but I'm still a good deal shy.

If you do have a request, please sure to begin the comment with [R] so that I may keep better track of it. Thank you! But please, do be aware that it has pretty much the same rules for a commission. I do have the right to turn it down if it conflicts with my rules or morals, so please do keep that in mind.

All in all, I'm a somewhat balanced person. I just want to do on Weasyl what I want to do on pretty much every art site I'm on; To have fun and be creative! Art in pretty much any form is a great way to share my creativity, so I'm going to try my absolute best to give you all nothing but. So, with that said and done, I hope y'all enjoy!

Other places you can find me! 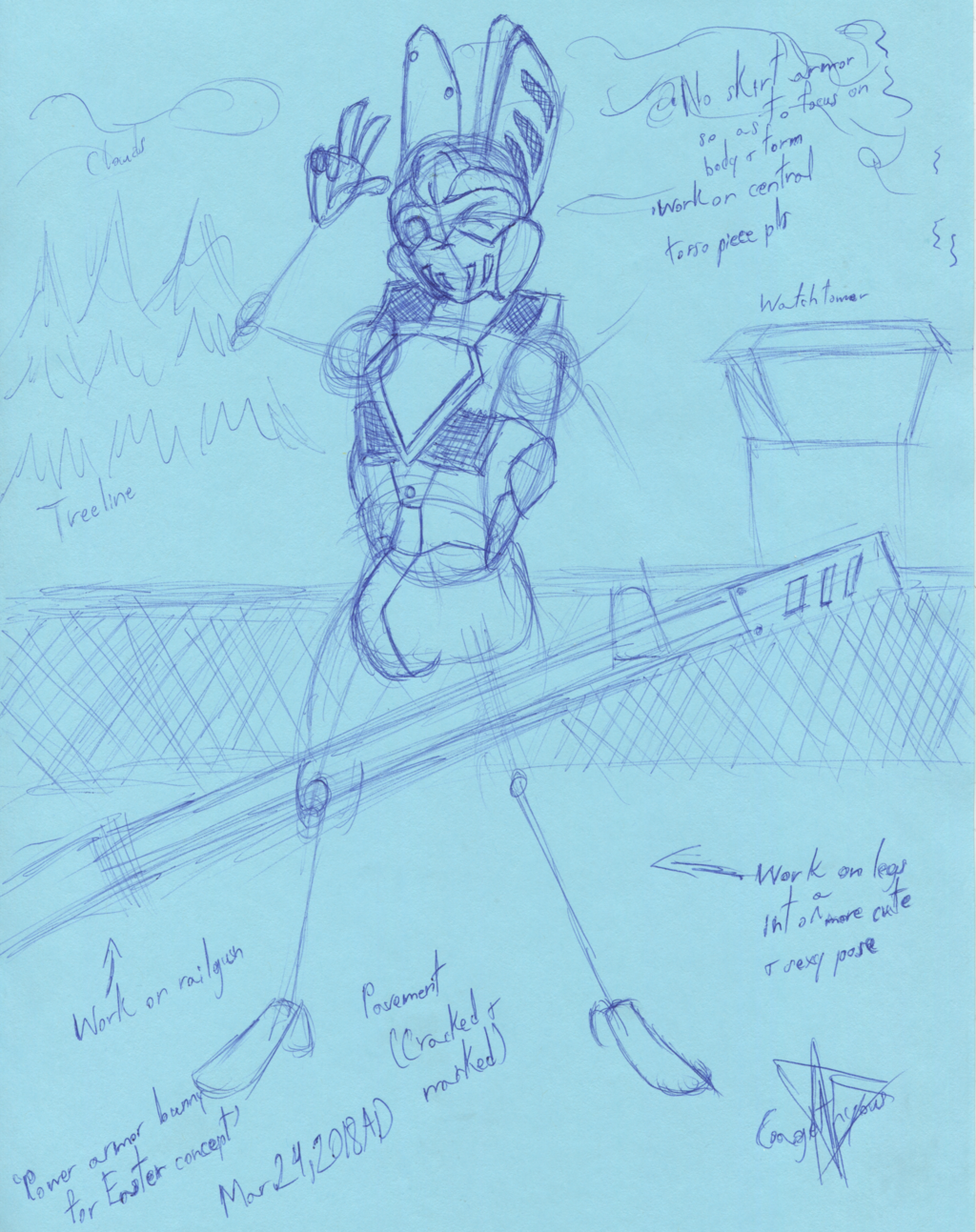 Greetings and bienvenue, all! My oh MY, it has been a while! I truly apologize for that, but this month, do I have something in store for everybody!

As I have stated before in... holy hell, SEPTEMBER!? Yeah, I really need to be on the ball with my affairs... Anyways, as said in September of last year, I will be keeping this journal to the point, while being comprehensive.

To get the personal stuff out the way first, I have moved to Virginia to be with my beloved, as she needed somebody to support her in her tough day to day life. Though it was tough to tear myself from my home, I have done it and now I am here to give her love, structure, and to help her bring forth her potential as a person. I now have a job as a waiter, and while it is rather simple and straightforward, I am still learning my ways around...

I have begun Mayternity and Mecha Bi-Month with a steadily expanding web, as I have caught up with the sketches for the days so far (I'm uploading this on the Fifth of May, Sunday, 2019 Anno Domini). Five sketches for Mayternity, and five for Mecha Bi-Month. I've taken pictures of them and put them up on my Twitter (Links below), so feel free to have a look!

As for full renders for these two occasions and Mother's Day (Literally a week from now, fuck), I'll be working hard to get those and regular unrelated content out as well. I'll be making a bit of a content roadmap below for the sake of simplicity.

I'll be beginning commissions later on in the latter half of the month (Though if finances turn a bit too south, then the middle instead). The time has come for me to be able to bring the visions of others to life, while at the same time, being able to support myself on my own merits, skills, and disciplines. I'll have fully complete 'What I will not draw' and Discounts links later for the commissions journals upon their posting.

On the note of requests, those will be a little different. I'll still be doing ten per month (So as to give many different folks a fair chance at getting slots and keep them balanced with commissions). However, until further notice, they're closed as I already have plenty to do. If you have a request from me, and it still has not been done yet, it will be done either this month or the early portion of June (Situations pending). I want to be able to take good care of these, as these have been coming for quite some time and they need to be done before any others, let alone any done via financial gain, will be undertaken.

And finally, activity. While I'll be dead tired from work and things here at the new house (Especially since I'll probably be getting a second job soon with double shifts to boot), I am than willing to put my best foot forward and be more active, both in terms of content creation and simply being about. If you wish to talk to me via Discord or Telegram, feel free to shoot me a note! I will be uploading as often as possible, shooting for at least two uploads a week, if not three or four. A Twitter dedicated specifically to my works is also going to be made, so there will be a journal to notify you folks about that. Here we go!

And now, for that wonderful roadmap for this month. It's going to be a bit lengthy, but hey. Like all good things when they start, worth it

+36 Requests; All full renders, from a total of 9 people at the moment
+25 Pieces for Mecha Bi-Month; A variety of types, but mostly full renders
+37 Pieces for Mayternity; All full renders
+2-6 Pieces for Mother's Day; All full renders
+4 Speed Pieces for the month, one for each week starting today. At the maximum, 12
+Progress shown for 2 simple mods (Weapons, cosmetics, etc.) and for 1 expansive mod (Quests, factions, expansions, etc.)
+1 CG/3D Model (Or at least progress shown for it)
+3 New Icons (At the very least)
+5 Full Renders unrelated to Mecha Month, Mayternity, or Mother's Day
+An indeterminate amount of sketches
+2 Commissions
+Progress shown for the Free Anthro Model Project
+1-2 15 Frame Animations
+1 Sketch a day for Mecha Month and Mayternity
+Full redesign of the Battlemechs from Battletech's Technical Readout: 3025 (Meaning they've been redesigned under my own style). May include other assets as well
+Progress on the comics I wish to make (Some since I've been 10 years old)
+Progress on the games I wish to make

Anyways, that will be it for now, folks. For those that have stuck around this far, thank you thank you thank you! It certainly warms my heart and gets me going when I know I have people seeing my efforts. I'll be able to go farther than ever thanks to you all!

To wrap this all up, as I've said before, I have been keeping up with the sketches for Mayternity and Mecha Month on Twitter, so do be sure to check things out here -> https://twitter.com/Gagethyous . The sketches in question will be scanned and uploaded across my accounts for later (Save for Deviant Art, which is strictly SFW for me). As I said, here are the links for the sketches!

And finally, thank you all! I'll be hard at work across the board, and can't wait to share my efforts and achievements with everybody!