Welcome to the official site of the Furry Hockey League! Home for all things FHL, and FHL affiliated!

We are always looking for new players, follow the link below to join us! 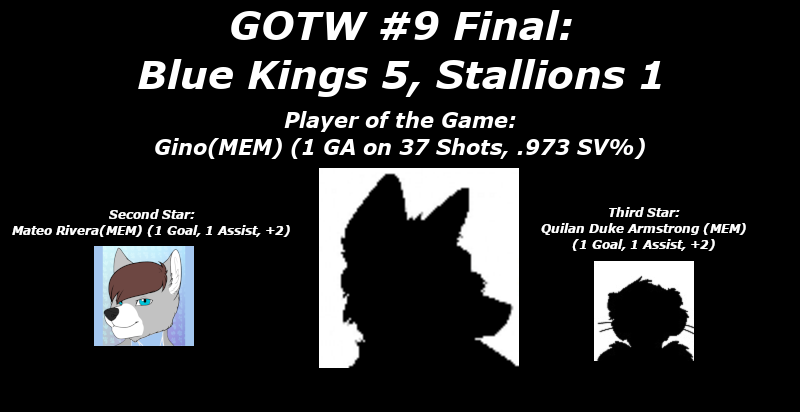 With results in from the 48th and final regular season game of the year, the standings have been completed, and the Winners of the Season 10 Commissioners Cup for Best Record in the League are the Thunder Bay Puffins with a final record of 29-8-1, netting 59pts. Congratulations to them and good luck in the playoffs.

Other Conference and Division Champions are below

With playoff seeding settled, next week shall be the 3-Game Wild Card playoffs. The winners from this will go on to play the Champions of their conferences in the Conference Semi-Finals.

The FHL is an anthropomorphic simulated fantasy hockey league with 18 teams as of Season 7 and a diverse membership spanning 5 continents. For more information please visit our FA: (www.furaffinity.net/user/fhl) or our Website: (www.furryhockeyleague.com).