So, a little bit about me I guess. Um, I'm a really fun-loving hawk that's really easy to get along with. I like to joke, be silly, and to be random and spontaneous at times. As for my interests I have two main hobbies: music and video games. My primary instrument is the drums, but I can play a bit of guitar, bass, keyboards, and even sing occasionally. Music is a big part of my life, and I really like everything under the rock category for the most part, although I listen to other things too. I'm usually pretty open about music and most other things in life come to think of it, haha. Why trap yourself in a box when there's so much to experience out there, right? That's my philosophy anyway. As for video games I'm pretty bad at shooters, so I like most other things: adventure and RPG games as well as some racing and, of course, rhythm games (I will OWN you at Guitar Hero and Rock Band! Any instrument, any song, any day!).

As for my fursona, you might be wondering why I chose a hawk as it's not exactly the most common species choice out there. Well, for one, I wanted something a bit different when choosing a fursona originally because, no offense intended to anyone or anything, but foxes and wolves are EVERYWHERE! I'm the kind of guy that likes to change things up every once in a while, so I decided I wanted something a bit 'unusual', and a bird fit that category nicely. There are FAR too few avian furs out there, and it's quite a shame because birds are such amazing and beautifully graceful creatures, not to mention quite pretty with all their feathers patterns and things like that! So, after considering all that, I needed a bird species to commit to to finish off the fursona. This was really a dual part thing as I both was deciding what fit me best personality-wise, and looking back at some things in my life for some inspiration as to what to choose. When I thought about it a little bit I came across a character from a book series I read as a kid, "Animorphs", called Tobias who was trapped as a red-tailed hawk. Tobias was my favorite character in the series by far, so I thought that choosing to be a red-tailed hawk would be a great idea, and a bird of prey really fit me well personally. If you meet me at first you'll notice that I'm a good watcher - I sit at the edge of a group and just scan the crowd, waiting for that little movement in the grass of the conversation before spreading my wings and swooping down on it, grabbing it in my sharp talons as I try and add something interesting to the conversation by speaking occasionally, haha. So, when I combined that all, you get the red-tailed hawk pictured above! He doesn't really have a special name, or any super furry superpowers or anything (he can't even fly because I'm a scientist and I don't wanna go against the laws of fluid dynamics, bio-mechanics, and physics), so I suppose he's fairly standard in that regard. But hey, he doesn't have to be extra interesting, he's already a hawk! How many of those do you know, huh? 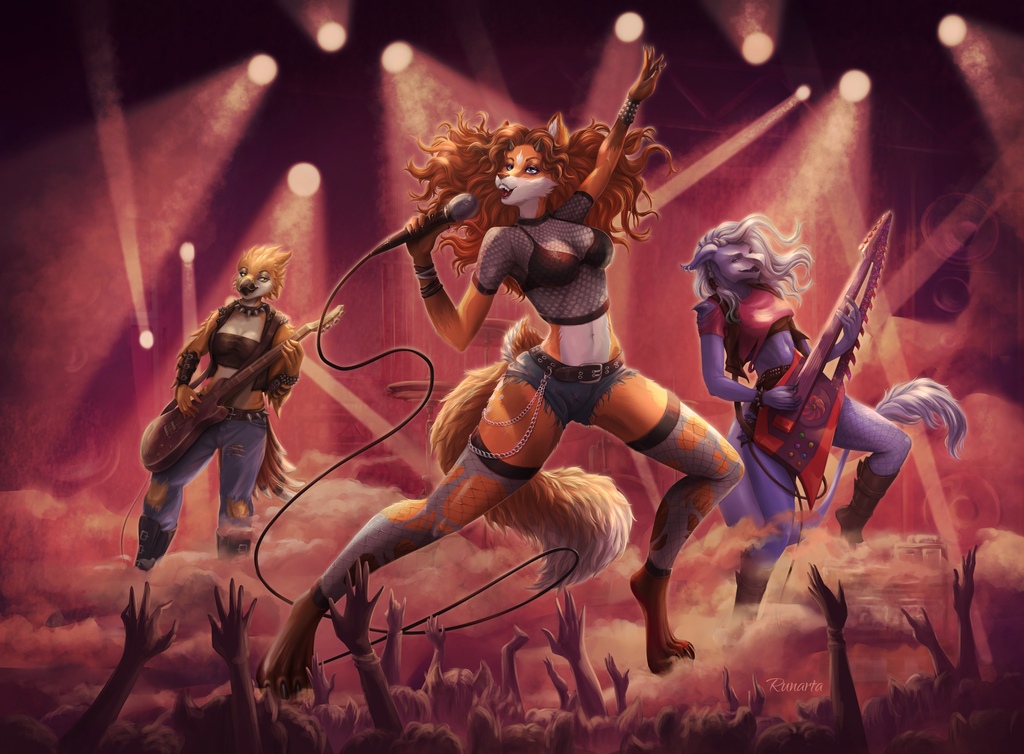