Just a blue foxy dragon(kin) who sometimes writes and sometimes gets pics drawn of him! Pretty much any art here was commissioned, but the stories are all mine, written in moments of inspiration. I tend towards heavy description, and always like to add a touch of emotion. Even if the characters are busy making two beast with two backs, there's always a reason behind it.

Most recent: At The Forge 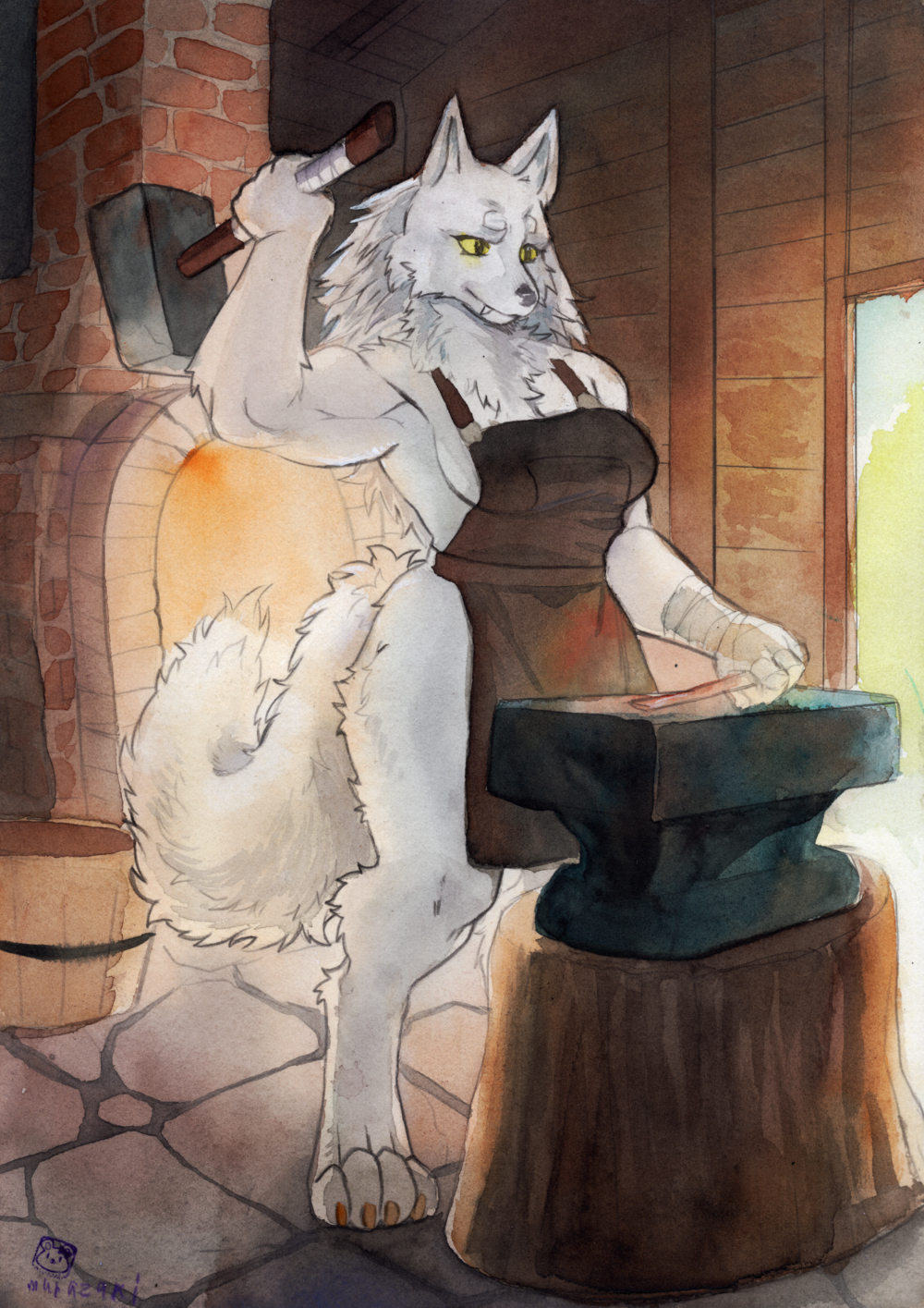 Reposting this from my site to try and get the word out about the Isle of Wyrms. I took a break from SL for a while and when I came back I found it had changed quite a bit from 2 years ago, part of which was the community seemed to have gotten a lot smaller. We've got a lot of good people there, thanks to the tinies community, but not a lot of dragons running around anymore, which is what we want to change.

This is a call-out to all dragons, whether 'kin or not, who may be flitting around Second Life. Let's work together and wake the dream once more. There's good folks, lots of cookies, and plenty of conversation, and maybe a little parcheesi if that's your thing! There's plenty of times right now where there's not that many folks around still, but if no one goes, that'll never change.

The main hangout place currently is the games area in the middle of Limbo. Just teleport to the middle of the sim and bam, you're there. Parcheesi seems to be the game of choice, but there's some other SL games there too, such as Greedy Greedy and En Guarde. There's also 7Seas fishing available, vendors and all down on the docks.

For those who aren't interested in the games(or can't really fit in the game area) there's plenty of room in the Cathedral to hang out and chat. The old cathedral that used to be in Limbo was smaller, and I still remember there always being a dragon or three there whenever I swung by back in those days.

Even if you don't want to make IoW a regular hangout, there's still plenty of events to come kick back with other dragons and the tinies. For example, there's biweekly Drum Circles, where folks can gather, listen to music, dance(as much as you can in SL) and chat, and they're set in two different times to accommodate other time zones as well. The next upcoming ones are Wednesday 3/5 at noon-2PM PST and Friday 3/7 at 5-7PM PST.

For those who are into games and/or SL fishing, there's a weekly GamesDay event on Sundays starting at 1PM PST, where folks just gather to mess with the games, as well as usually 3 rounds of an unbaited fishing contest that you can win L from, if you make the top 5.

The biggest event coming up is of course the Spring Equinox celebration. There may no longer be a hatching lottery, but there's still be a celebration, and that starts 3/22 at noon PST. I'm not staff there, just a dragon who's been around a long time, so I don't know what they've got planned for this one, but what better way to celebrate the changing of the seasons than with other dragons?

So if you got time, feel free to fly/crawl/swim/walk/teleport/stargate on over, and let's bring back the Wyrms to the Isle of Wyrms! Whether scaled, furred, or feathered, there's plenty of room for all.