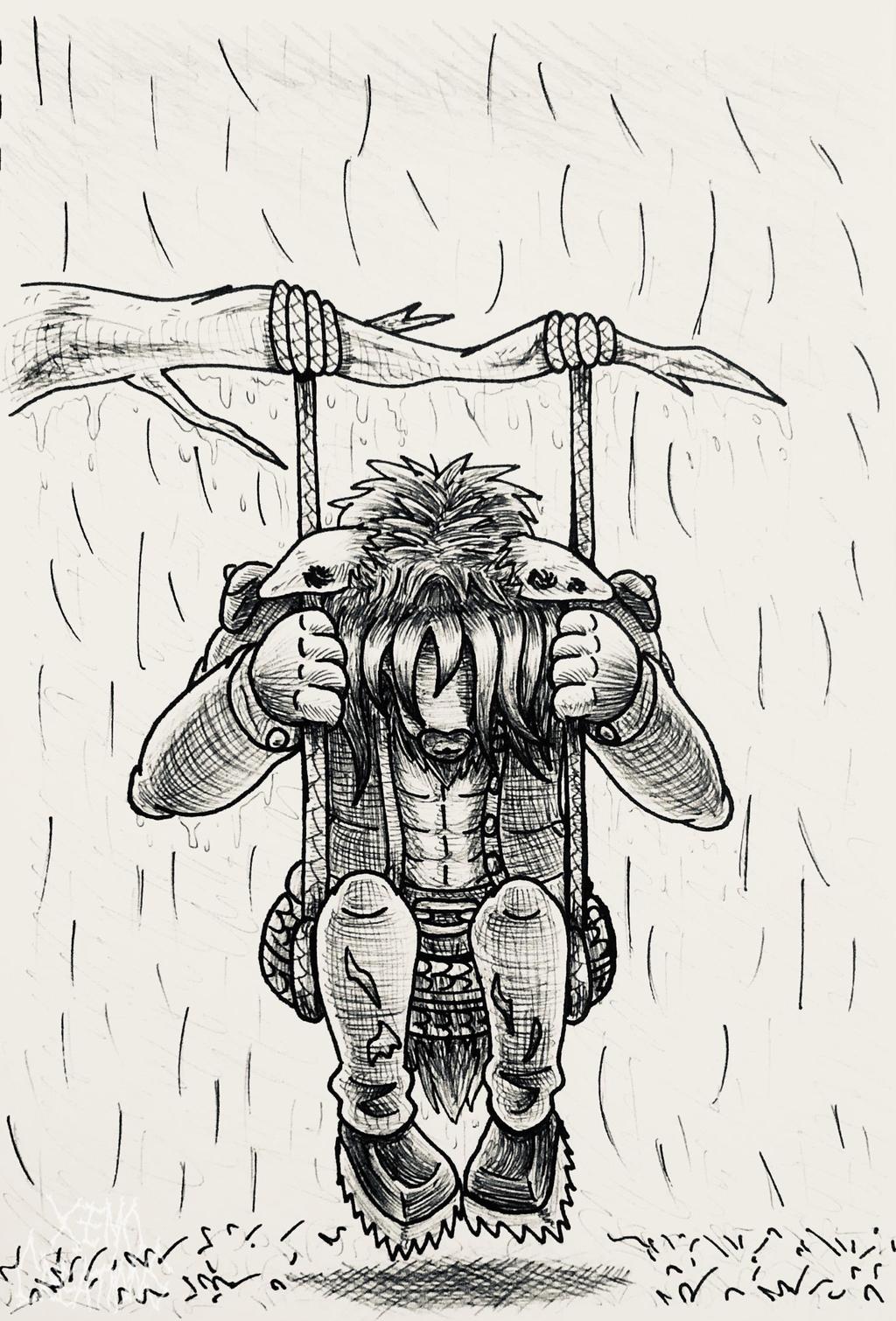 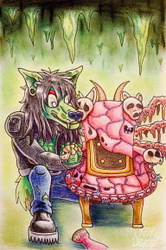 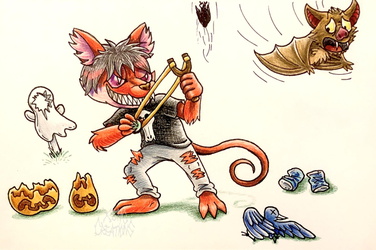 REPOSTED FROM THE 9TH BECAUSE WEASYL FUCKED UP MY SCHEDULE HERE, ARRGHH!

This has been an idea even before I made this for Inktober, it goes deeper into what was Grim's past memories. In short, the tyre swing was something he had as a cub growing up, mainly in the country when he used to live in Germany before a great war had began. After his family had moved to Australia but in a open patch of vegetation and mostly woods surrounding their newly house, Grim was already too old to play on something like this, not even his sisters were able to have one due to the trees being too thin to put up a swing that'd be sturdy enough to hold weight. This here is a presentation of what his past memories were and if he were to able to revisit his homeland in the country once more, his memories still haunt him to this day.