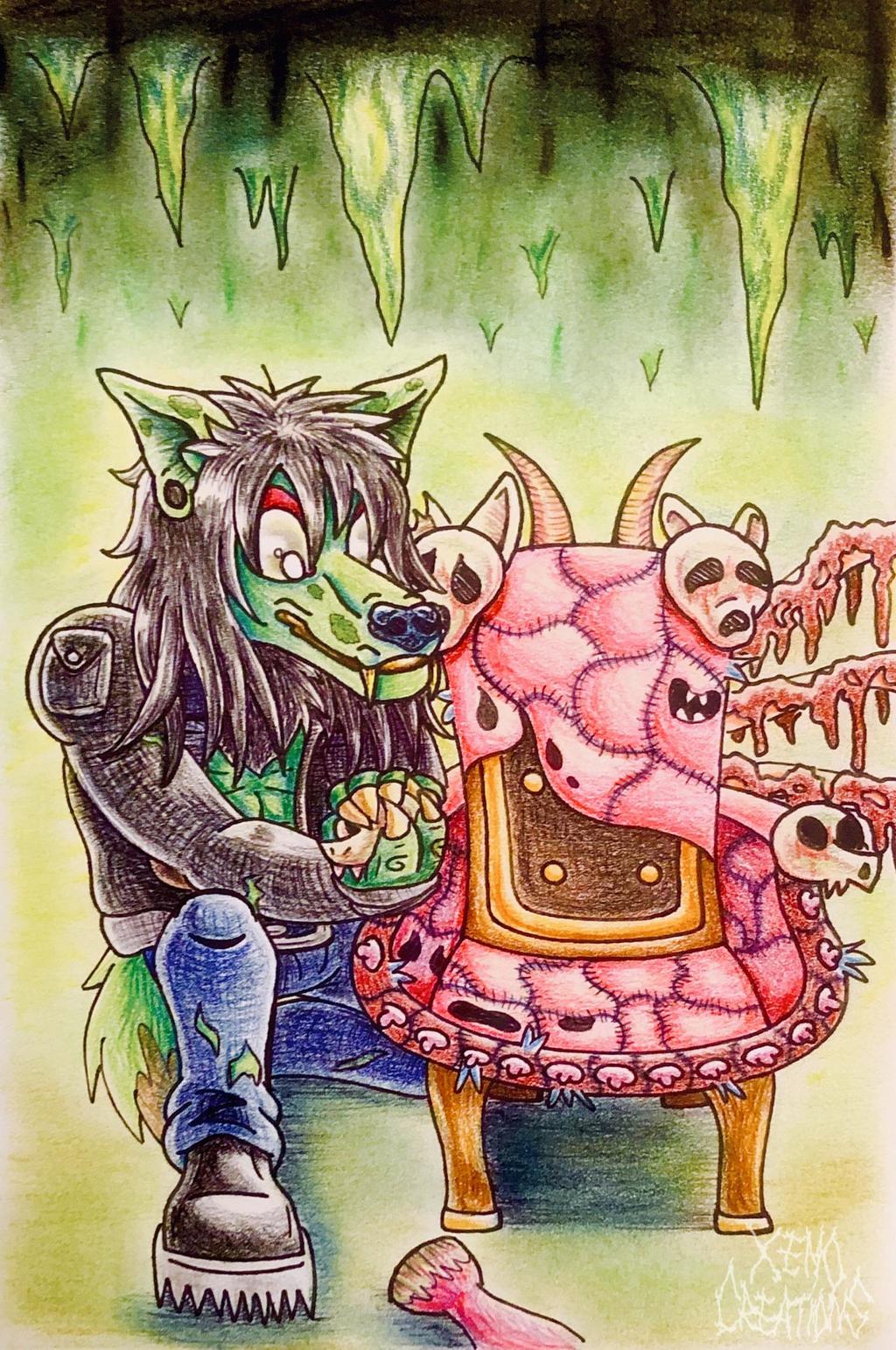 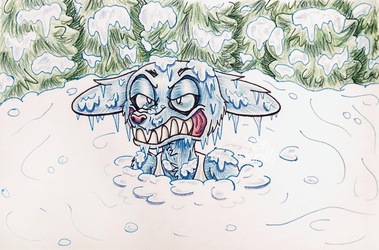 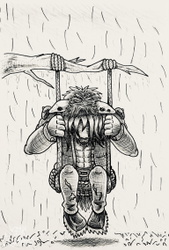 Today's theme is Build, some of you may remember I did a drawing like this (not involved in Inktober) with Grim and his throne he once sat on like a grotesque king, made out of flesh and skin!
Throne of Flesh
Here you see Grim building his throne from skin from cadaver and skulls (as seen in his hands) of all the victims he had killed and dragged  into his secret cave, the chair you can still visibly see was his [dead] mother's she had in the lounge room before her (and Grim's family's) death. This was all originally inspired by the acts Ed Gein who's infamous for his horrific crimes of body snatching and making furniture out of human skin! Including "wearing his own mother's skin".

I dare say how I drew and coloured this is even better than my original pic I did back in 2018, although the photo quality kinda kills some of the hues such as the violet, it looks way better if you saw it with your own eyes.^^

Tools: Black sharpie, pen, Prismacolor pencils and finally after a whole year; welcome back coloured pastels for the background