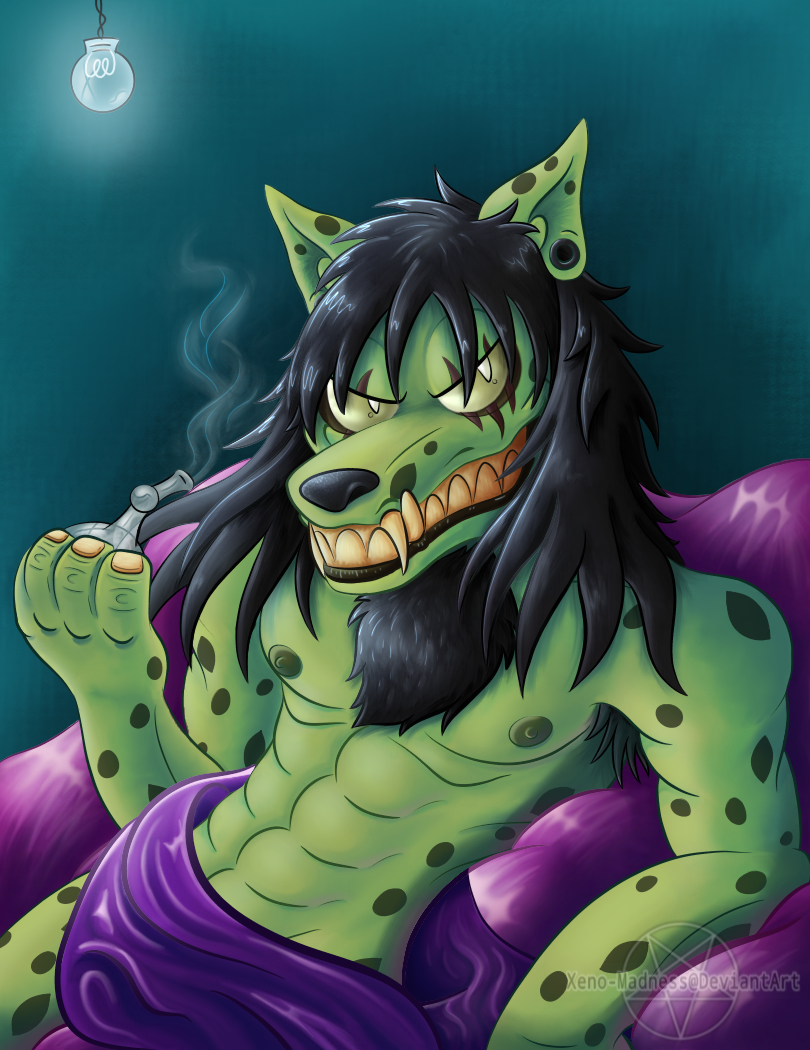 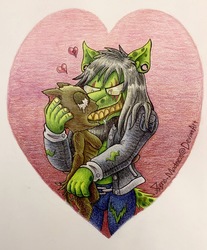 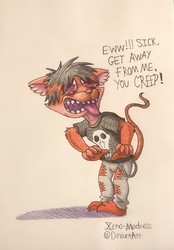 Nude version will available on FurAffinity later on! (And possily Weasyl if I'm arsed to). This version will be in scraps later on.

IT'S OUR FAVOURITE UNCLE METHHEAD!
Yes, I'm considering calling him an uncle for the shits of it. XD

Unfortunately I'm a few hours (3am) late since I wanted to somewhat celebrate the day I had created Grim that was 10th March 2018, over the few months and year he's developed as a character in my series from personality traits to redesigning his appearance. Here I did exactly that with the fangs and hair/mane (hyena wise) as while experimenting with colours and painting, this time with very little to no filters at all (except overlay and bit multiply) since I'm still getting used to colour theory and my more complex light sources.
Here's how Grim looked originally when I first designed him. Grim man was he more skinny and calm.0.0