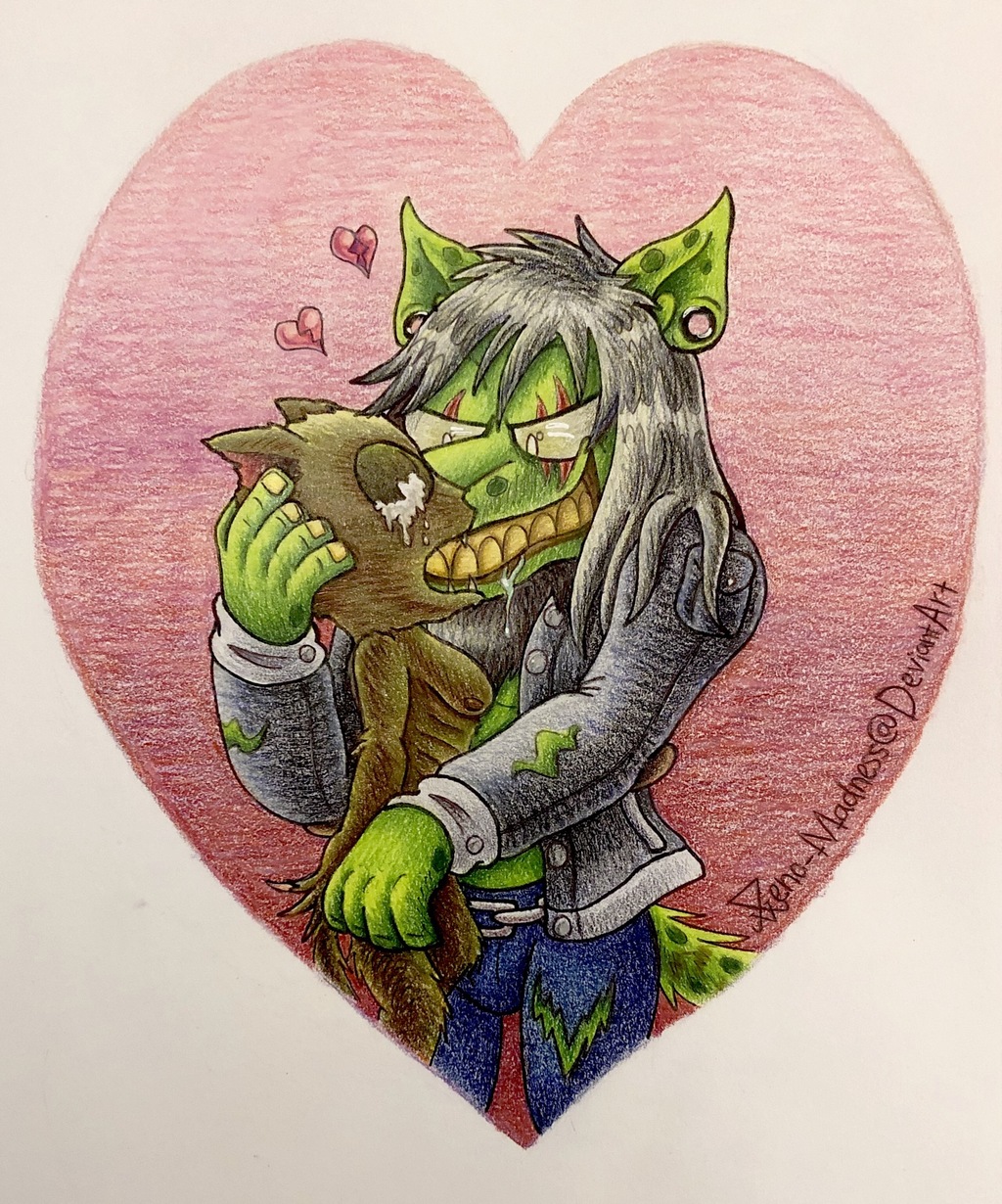 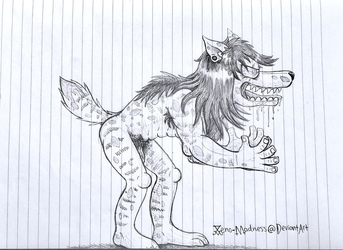 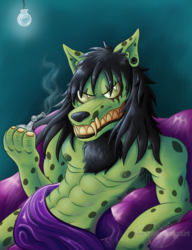 Was meant to be done on Valentine Day but as always I never complete stuff on a particular day don't I? XD
Although a similar drawing that I did of Grim on Valentine Day I think I originally had this sketch before I did the digital version, only difference here is Grim looks more like a devious creep towards his decaying valentine dugged up.:D
Anyways despite the awful anatomy I drew here I DID however enjoyed the new colouring technique this time, instead of my usual way, I did midtone very lightly (as usual) then use a dark colour to fill in the shading spots, gradually use a lighter colour each time using midtones and repeating this twice to over lay the colours to blend together. Lighter or white colours where used mostly for highlighting areas to brighten them up, also remonder I did use image editor to make this stand out a little more although I still need to fix my light positions in my room.
I still can't colour hair right. :sobs:

The other version that I had on here Happy Virgins Day